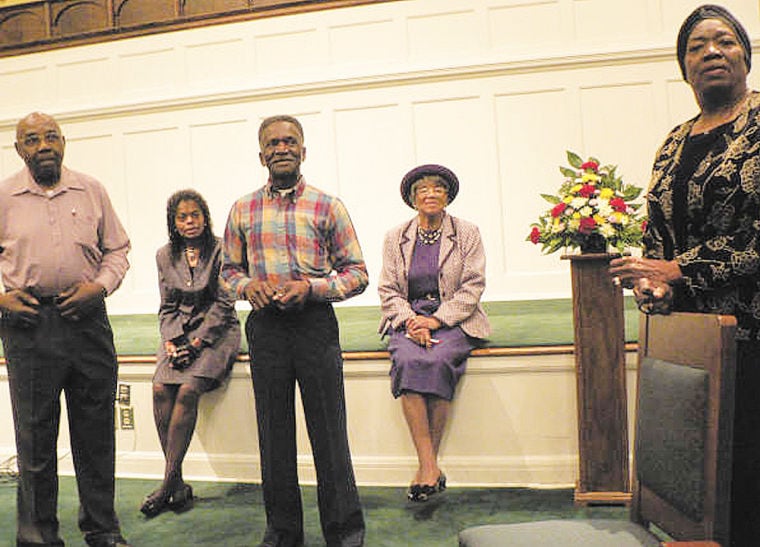 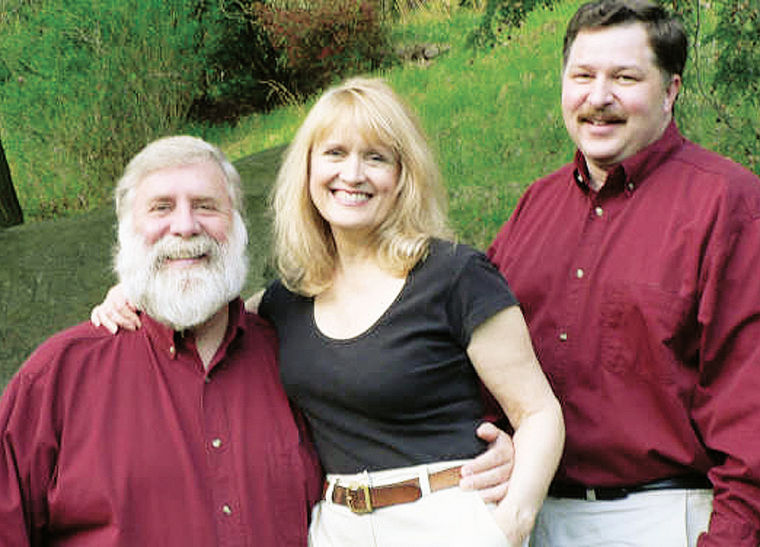 Also on the bill for the Sundays@Two performance will be the Missing Person Soup Kitchen Gospel Quartet of Kanawha County.

Also on the bill for the Sundays@Two performance will be the Missing Person Soup Kitchen Gospel Quartet of Kanawha County.

The Missing Person Soup Kitchen Gospel Quartet will perform with the United Gospel Singers of Fayette County at 2 p.m. Sunday, Feb. 11, in the Hulett C. Smith Theater at Tamarack, part of Tamarack’s Sundays@2 concert series. Both groups perform a cappella, the “old church” style, without instrumental accompaniment. Soup Kitchen, with Becky Kimmons singing lead, Dock Cutlip singing baritone and tenor, and Bill Kimmons singing bass, draws much inspiration and material from the African-American a cappella tradition. “The United Gospel Singers are the living, breathing embodiment of that tradition,” Becky Kimmons says, “they are the real thing.” The quartet performed on a Sunday afternoon concert bill with Dr. Ethel Caffie-Austin and Soup Kitchen at the September 2005 FOOTMAD Festival at the Fayette County Park. “The audience was spellbound by the subtle, swinging harmonies of the old-time gospel quartet. It was a rare opportunity for a secular audience to hear the group, as they perform only occasionally and usually in churches or at gospel singing conventions,” Kimmons says. Judson and Bertha Wallace, Donald and Seureda White, and Legirtha Radford, all related by blood or marriage, began performing as the United Gospel Singers in 1959. They traveled extensively to African-American churches throughout West Virginia, singing for services and music conventions until Seureda’s death in 1997. Now, they can be heard most often in their home churches in Fayette County. The Wallaces are active in the Eagle Central Baptist Church at Eagle. Donald White and Legirtha Radford belong to the Morningstar Baptist Church at Deepwater. The Wallaces’ daughter, Linda, has recently joined the group, and will perform with them at Tamarack. The two groups will perform separate sets, but will come together for two or three songs. “They do some songs we’ve never heard before,” Kimmons says, “but we’ve got a few songs in common that are part of the great Appalachian old-time gospel tradition. They bring a wonderful syncopated rhythm to everything they do. They just open their mouths, and without seeming to try real hard, the most wonderful harmonies come flowing out.” The concert is free and open to the public. Parking is also free and adjacent to the 200-seat theater. Tamarack is West Virginia’s premier art and craft showcase, located near Beckley, on I-64/77, Exit 45.