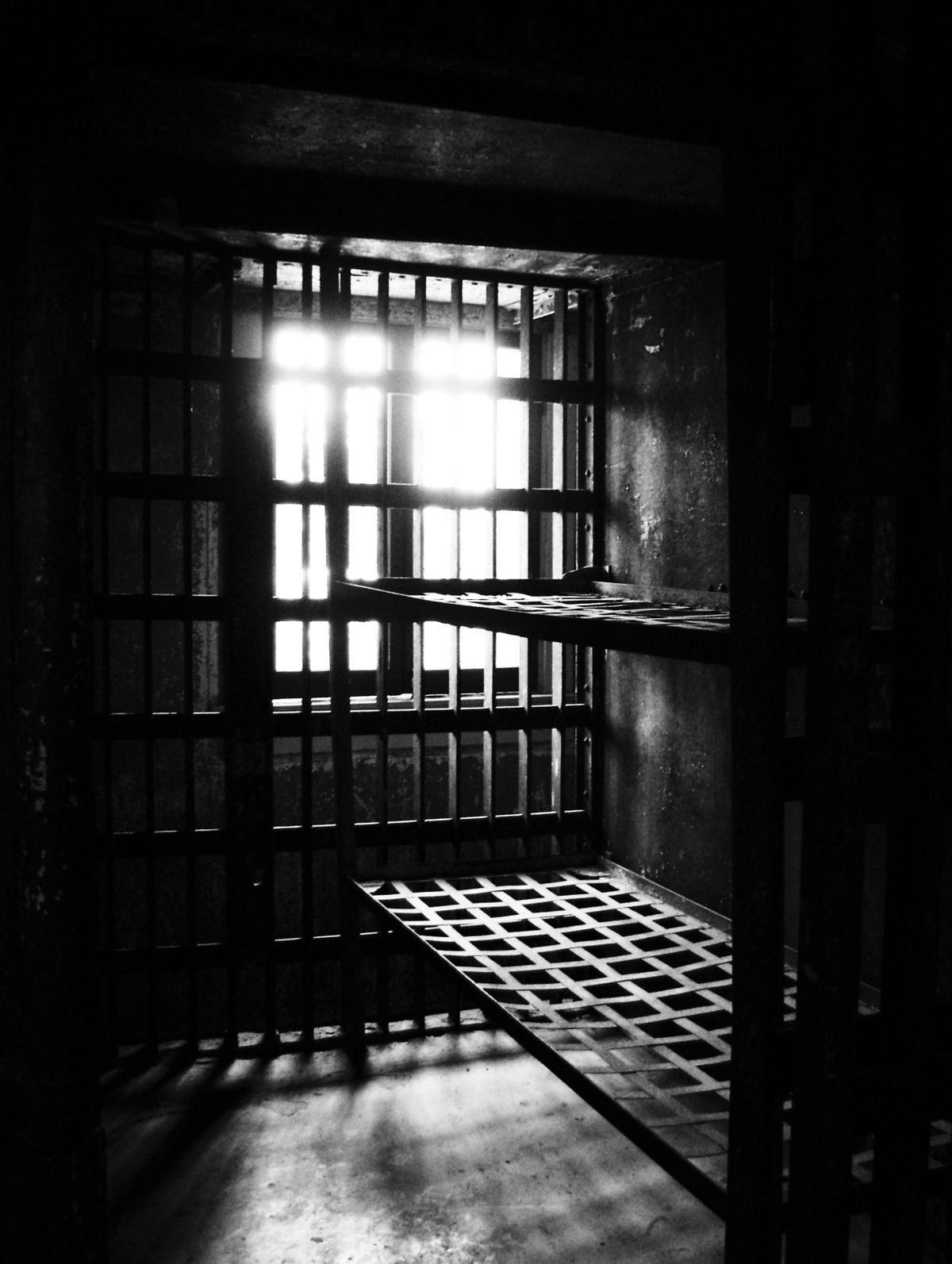 Abuse, neglect and inadquate medical attention pervade Texas county jails, according to a report by the Texas Rangers. 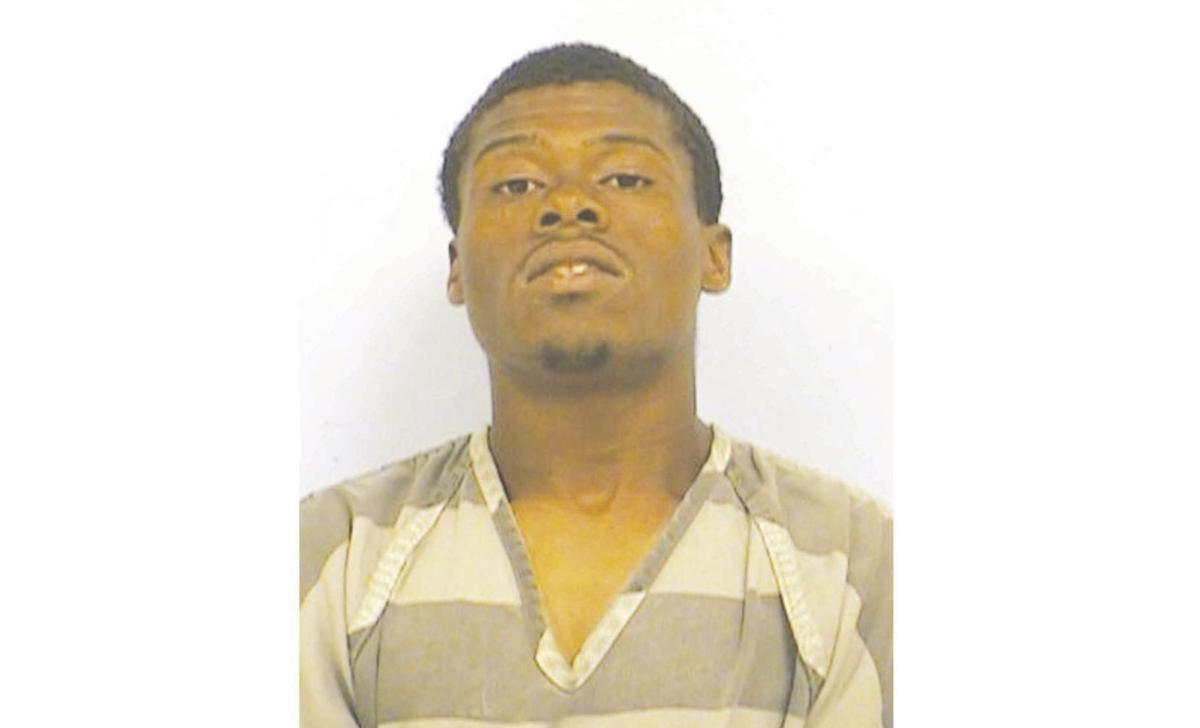 Eric Taylor, 24, suffered from severe mental illness and died in the Travis County, Texas, jail when a nurse gave him the wrong medication. His death was recorded as due to "natural causes."

Abuse, neglect and inadquate medical attention pervade Texas county jails, according to a report by the Texas Rangers.

Eric Taylor, 24, suffered from severe mental illness and died in the Travis County, Texas, jail when a nurse gave him the wrong medication. His death was recorded as due to "natural causes."

Before dying of a methamphetamine overdose early on Aug. 1, 2017, La Salle County, Texas,  prisoner James Dean Davis, aka “Country,” moaned and yelled for most of the night. Sweat dripped off him in a chilly holding cell, as vomit ran red, like Kool-Aid, on the floor.

Still, jailers ignored Davis, surmising he was withdrawing from meth, after his arrest the day before on a theft warrant. One jailer even mimicked and mocked the wailing coming from Davis' cell. “It's freaking annoying,” he said, as another jailer laughed. “Like, shut up.”

A harried La Salle County jailer also falsified observation log entries that night, failing to check on Davis, 42, at prescribed, 30-minute intervals. All the staff do it, the jailer said. A jail sergeant even told her to do it.

An autopsy ruled Davis' death accidental. Like half, or more, of Texas' annual 100 in-custody jail deaths, however, it was aided and abetted by negligence, incompetence, and indifference.

Reports by Texas Rangers, covering in-custody deaths in 2017 and 2018, cited falsified observation logs in nearly half of the investigations reviewed by the Palestine, Texas, Herald-Press. Dying prisoners weren't checked or observed for hours. In one death, Texas Rangers found 21 discrepancies between observation logs and digital video camera records.

The Rangers' reports, obtained by the Herald-Press through the Freedom-of-Information Act, also uncovered excessive force, inadequate monitoring, ignored calls for help, delays in medical attention, and failures to recognize and treat mental illness and suicide risks.

The sordid deaths of these prisoners were not news. Their lives, and the mistakes and blunders that helped end them, were quickly forgotten.

Those who died were pre-trial detainees, without convictions, who could not make bond for mostly minor charges, such as criminal trespass, petty theft, public intoxication, and drug possession. One 47-year-old woman from Harrison County was arrested for stealing underwear from Walmart. The next day, she hanged herself in a holding cell.

With 57 deaths in the first half of 2019, Texas is headed for a record 114 in-custody jail deaths this year, a 16 percent increase, despite the commendable reforms of the Sandra Bland Act of 2017. Named for the 28-year-old black woman founded hanged in a Texas jail cell three days after being stopped for a minor traffic offense, the act provided sorely needed training standards and protocols for identifying, diverting, and treating mentally ill prisoners.

Even the best legislative reforms, however, can't work without oversight and enforcement, especially when staffing shortages and low pay force counties to use untrained jailers. More than 3,000 Texas jailers – 14 percent of the total – work under a temporary license.

The 2018 death of Anderson County prisoner Rhonda Newsome shows how the system can fail.

Newsome, 50, died in a holding cell, nearly seven hours after a local hospital informed the jail nurse that Newsome's blood test indicated she was in imminent danger of death without immediate medical attention. Jail staff also tried to use a malfunctioning defibrillator on Newsome.

Despite glaring negligence, the Texas Commission on Jail Standards, in a subsequent inspection, found no violations of state standards for Anderson County.

The commission also conducts annual inspections, but has no authority to levy fines or punish violations. Moreover, it has only four inspectors to cover 250 county jails, 70,000 prisoners, and 270,000 square miles. The commission typically investigates jail deaths without on-sight visits.

The Texas Rangers investigator who uncovered the negligence in Newsome's death didn't recommend legal action. As law enforcement officers, the Rangers are concerned only with criminal wrongdoing. Negligence is rarely a crime.

Bottom line: No one was held accountable for Newsome's death. Accountability will come – if at all – through a federal wrongful death lawsuit filed by Newsome's family.

Lawsuits are an expensive and ineffective way to oversee Texas jails. To hold them accountable for meeting state standards, they need independent oversight. It could come from a newly created ombudsman's office. More prison inspectors also would help, especially if they used the Texas Rangers reports to inform their work. Now, much of the Rangers' time-consuming investigative work is wasted.

An informed public also would provide some oversight. The Texas Rangers and Texas Commission on Jail Standards ought to post their jail reports on their websites.

A review of 25 randomly selected, but representative, investigations of in-custody deaths by the Texas Rangers in 2017 and 2018 found 15 of them – more than half – involved neglect and misconduct. Eight reports provided too little information to determine whether negligence contributed to, or caused, the deaths.

Excessive force contributed to one of the 25 deaths: Kelli Leanne Page, 46, died of asphyxiation related to restraint in 2017, after two Coryell County jailers held Page, face down, applying force to her upper back and buttocks, until Page became unresponsive. One jailer also hit her head with a closed fist.

Mentally ill and suicidal patients rarely got the help they needed.

Despite his severe mental illness, Eric Taylor, 24, was locked down 24 hours a day, without physical contact, in the Travis County Jail. On the day he died, Taylor lapped up water from the toilet and spat it out. He stared at the ceiling, walking in circles with his tongue out.

Taylor told a jailer his psychotropic medications were triggering bad side effects, but jailers dismissed his behavior as a stunt to get their attention. They didn't know a jail nurse had given Taylor the wrong medications. The autopsy listed “natural causes” for his death.

None of this negates the good – even heroic – work many underpaid Texas jailers do in understaffed county jails. They hold large numbers of mentally ill and addicted people they're not equipped, or staffed, to handle. Many people enter jail diseased or in poor health. Often, they experience the horrific agony of withdrawal in a holding cell.

Local officials are responsible for maintaining constitutional standards of care, protecting taxpayers from liability, and ensuring the health and safety of prisoners, who are solely dependent on their keepers.

Until local jails are held accountable for meeting those mandates, more and more charges for minor offenses will turn into virtual death sentences.

Jeff Gerritt is the editor of the Palestine, Tex., Herald-Press. This commentary is among several news stories and editorials published under the title "Death without conviction" over the past year on the abuse, negligence and inadequate medical care of inmates at county jails in Texas.