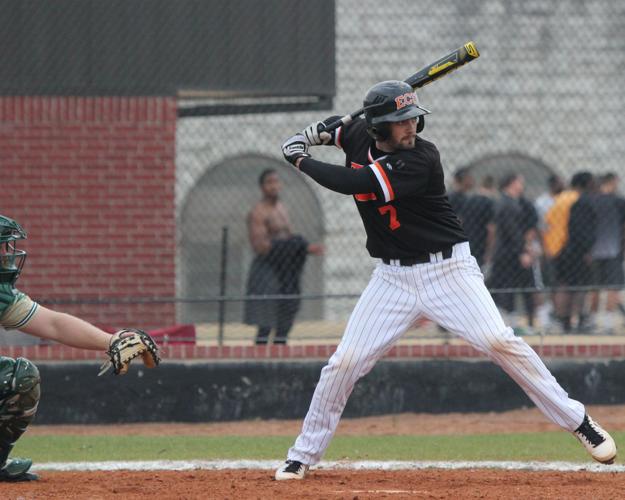 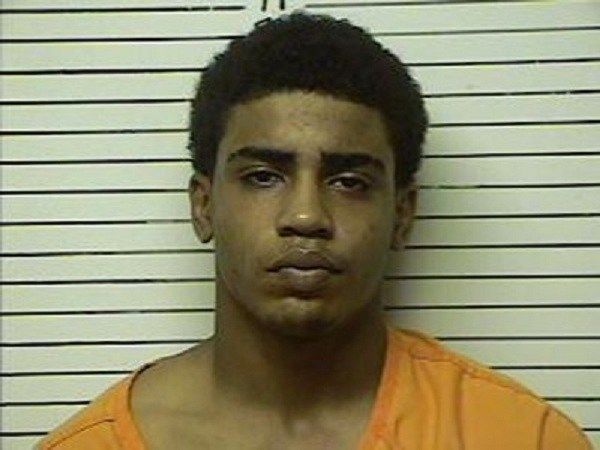 DUNCAN, Okla. — During the second day of testimony in the murder trial of an Oklahoma teenager who allegedly killed a collegiate baseball player to avoid boredom, witnesses described their fight to save Christopher Lane's life Wednesday.

Chancey Luna allegedly shot Lane on Aug. 16, 2013, in Duncan, using a .22-caliber revolver from a black Ford Focus driven by Michael Jones, 19, and accompanied by James Edwards Jr., 17. The three are being tried after one of them gave a detailed confession to police, saying that they randomly targeted Lane and killed him "for the fun of it," according to KOCO-TV in Oklahoma City.

The Duncan (Okla.) Banner reports Joyce Smith said she was driving on Country Club Road to meet with her sister when she saw a jogger on the road.

“I noticed he was acting real strange, stumbling,” Smith said. “I barely got past him and he falls flat on his face.”

She said she pulled to the side of the road and called 911.

Richard Rhoades said he was painting the inside of a home at the intersection of Country Club Road and Twilight Beach when he heard a loud pop. A black car sped down the street before he saw the jogger.

“I saw him lying facedown on his back,” Rhoades said.

Rhoades began performing chest compressions on Lane, to no avail.

Linda Pryor said she saw Rhoades kneeling near Lane and tried to help.

“Big, brown eyes were just staring at me," Pryor said through tears. "I just noticed there was blood on his mouth and nose and I tried to close his eyes. The only thing I noticed when I turned him over was the bullet had not exited his body.”

Lane’s family, including his parents, Peter and Donna Lane, wept during Smith’s testimony and the playing of the 911 call.

Smith can be heard on the 911 call urging the police to get to the scene faster but, eventually, it was too late.

Luna looked straight ahead as photos of the single gunshot wound to Lane’s back were shown.

Lane, 22, a native of Melbourne, Australia, was studying at East Central University in Ada on a baseball scholarship and visiting his girlfriend, Sarah Harper, in Duncan.

Ronald Cox said he also noticed a small, black car and what appeared to be a gun or an arm outside the window.

“My first thought was it was a gun,” Cox said.” I only saw the side of the driver’s neck because he was accelerating pretty fast.”

Cox said he contacted police after he heard about the shooting from co-workers.

Duncan Police Lt. David Woods said he responded to the scene and tried to resuscitate Lane until medical personnel arrived.

“I couldn’t see any wound and I tried to find a pulse, but your heart’s beating so fast,” Woods said.

He said he and other officers looked for bullet casings in the area in an attempt to determine the type of gun used, but didn’t find anything.

Duncan Police Investigator Holly Atkinson said she responded to the scene and attempted to identify the victim.

Atkinson said nurses from Duncan Regional Hospital identified him by looking at East Central University's baseball roster, which had a photo and listed his height and weight.

Luna’s attorney, Jim Berry, asked Woods to show his .40-caliber gun to the jury of five women and seven men and asked him about whether a .40-caliber gun would do as much damage as a .22-caliber.

District Attorney Jason Hicks, however, questioned Woods about whether a .22-caliber was as effective as a .40-caliber.

Duncan Police Captain Jay Evans said he retrieved surveillance video from Don Jose's restaurant on Highway 81 that showed a small black car matching the description of one on the scene turn. He sent a photo of it to other officers.

Sixth District Attorney’s Office Investigator Justin Scott said he soon received a call that the car had been located at Immanuel Baptist Church.

There, he found Luna, Jones and Edwards, and prepared a search warrant for the car. The three were later taken to the Stephens County Jail.

Oklahoma State Bureau of Investigation Agent Jeremy Engel said he searched the car and found a .22-caliber shell casing under the passenger seat of the car and another under the cold-air inductor.

Some .22-caliber bullets were also found in the main fuse box, Engel said.

He said he also found a disassembled .12-gauge shotgun in the trunk of the car under the spare tire.

Jones pleaded guilty and was sentenced to life in prison with the possibility of parole in 38 years.

Judicial proceedings against Edwards are halted pending appeal of his being charged as an adult with accessory to murder.

Oddesse Barnes, 23, pleaded guilty to accessory after the fact for his role in helping to hide the gun and was sentenced to 25 years in prison, of which he’ll serve 12.

Luna faces a life sentence without the possibility of parole if he’s convicted. The trial is expected to last between a week and 10 days.

The trial has attracted international media coverage. In addition to news outlets from across the state, the Australian Associated Press and Seven News Australia were present.

Cox said some of the interest is based on the allegation that teenagers had access to and fired guns.

While the media outlets are based in Australia, many of the reporters live in the U.S. and travel for stories of interest to their readers and viewers.

Luna’s aunt, Tanya Dean, said she hadn’t seen her nephew since he was arrested, but she and the family are saddened by the incident.