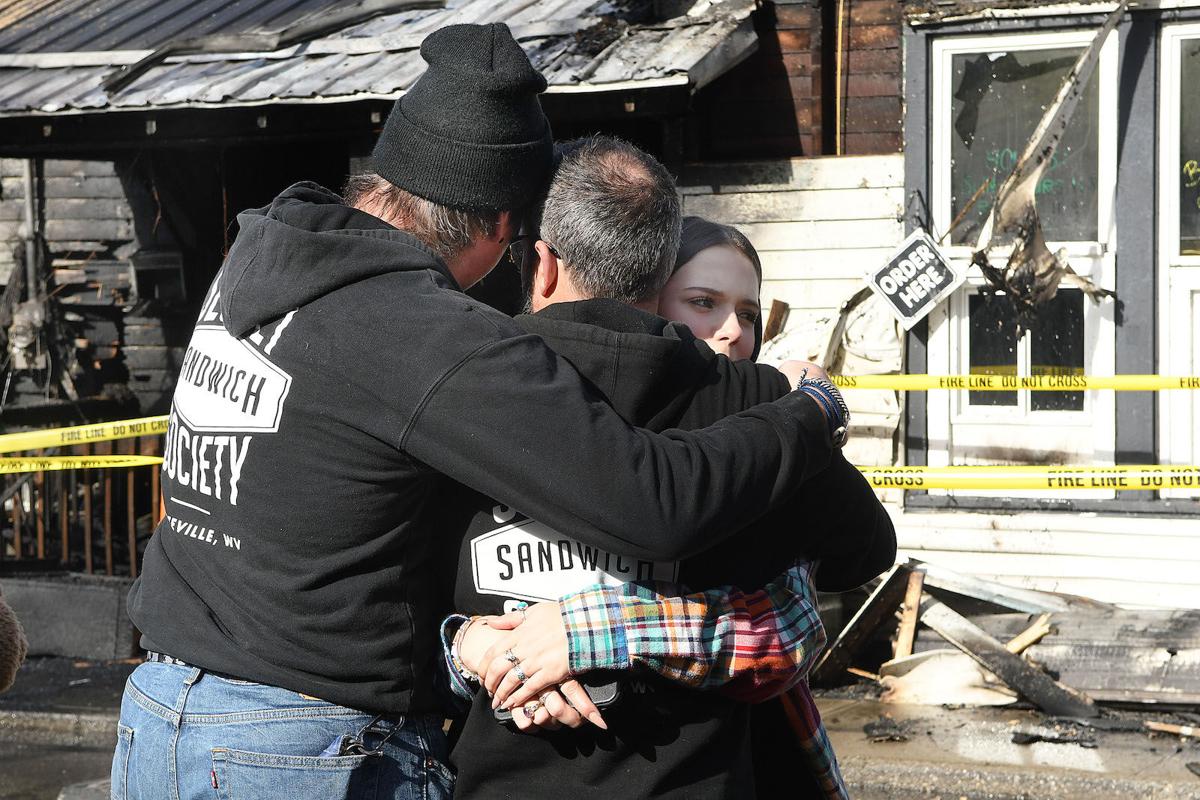 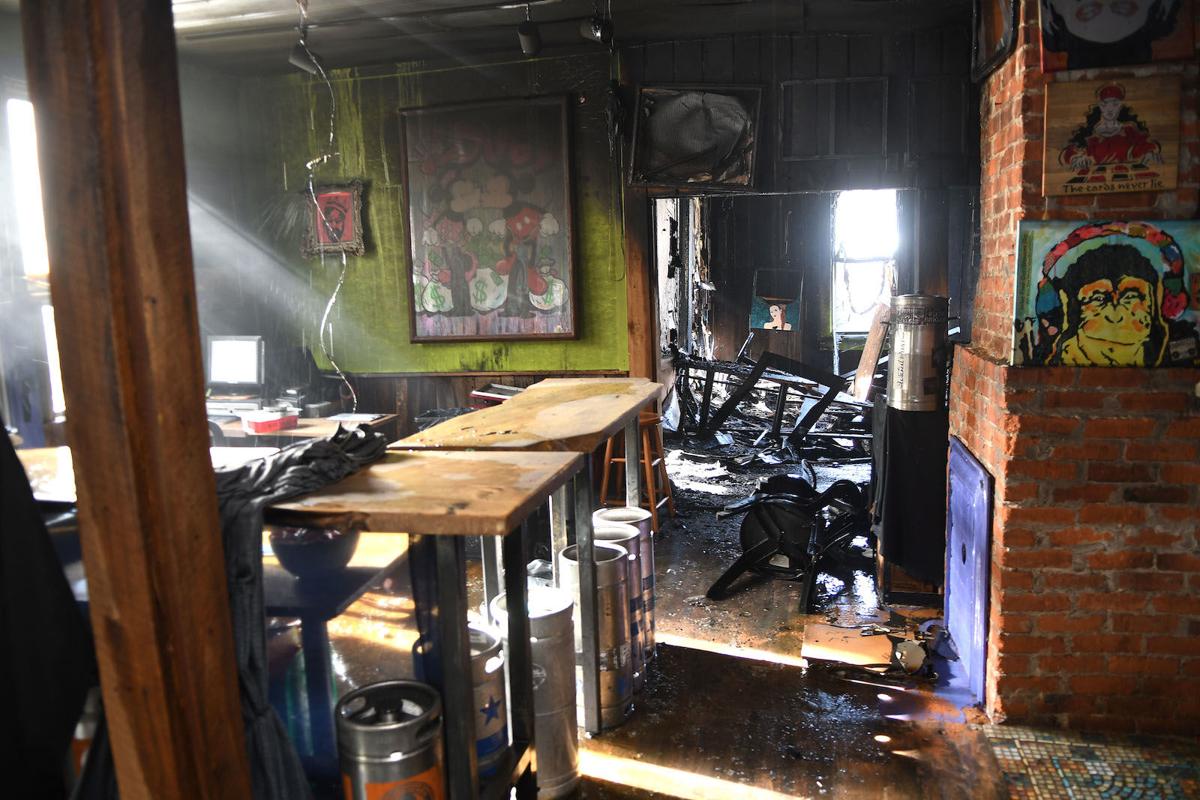 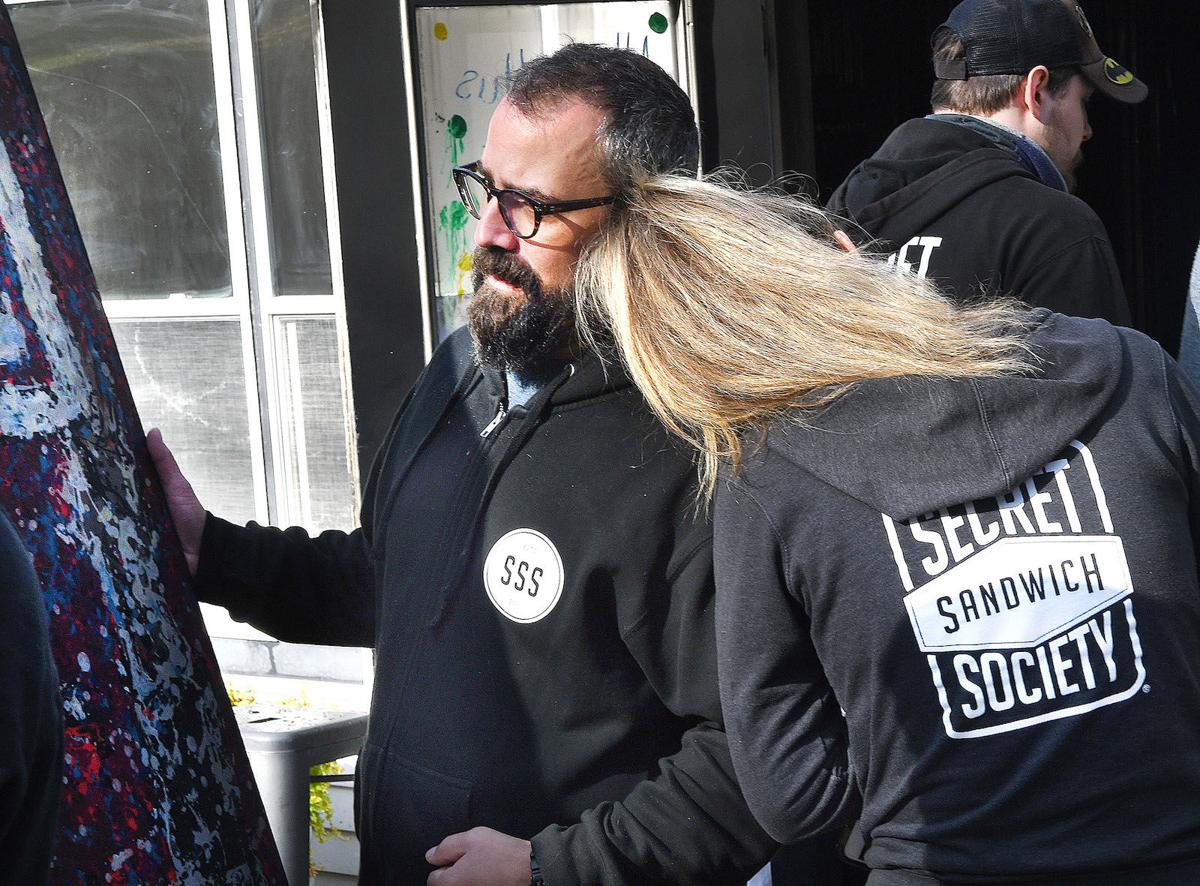 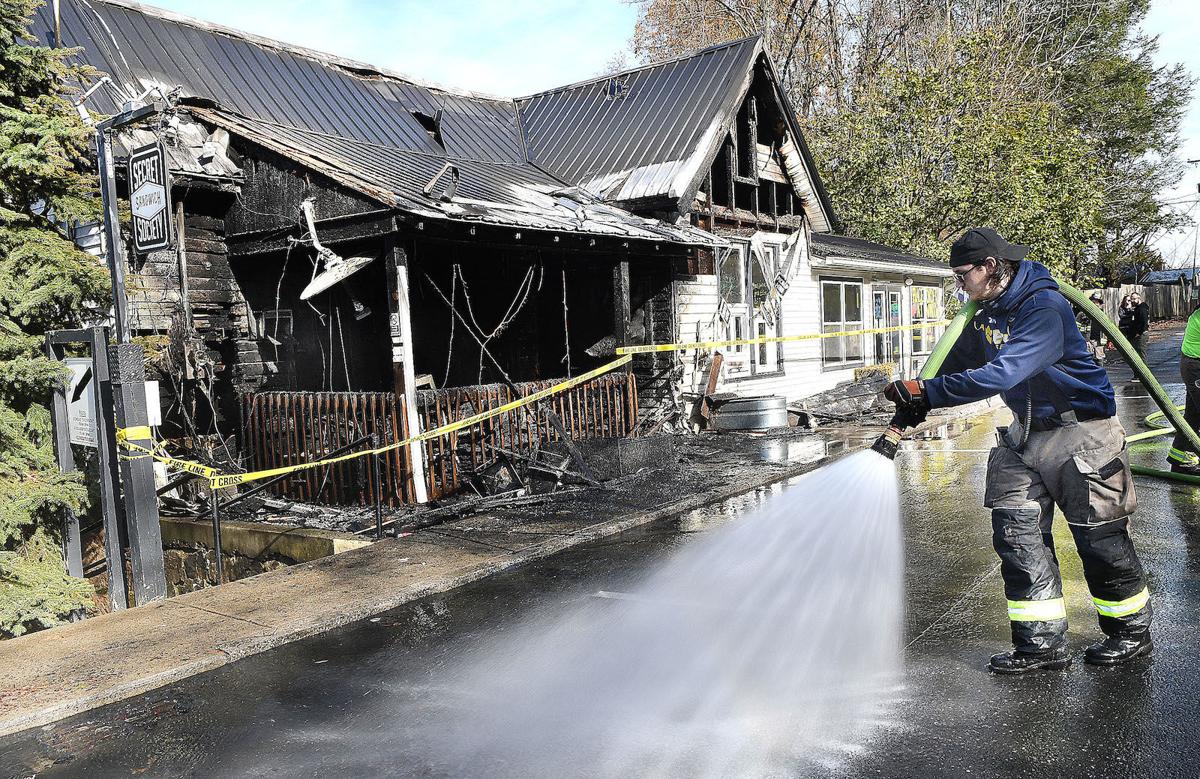 Fayetteville firefighter Isaiah Logan hoses down the street after the fire was put out at the Secret Sandwich Society.

Fayetteville firefighter Isaiah Logan hoses down the street after the fire was put out at the Secret Sandwich Society.

“We will rebuild, we will be back, we will rise above.”

These are the words posted by Secret Sandwich Society owner Lewis Rhinehart on his Facebook page last Thursday in response to a fire that wreaked havoc on the restaurant earlier that morning.

Rhinehart’s son Austin Nolen said they were first notified about the fire around 7:15 a.m. by the opening employee.

Having been woken from sleep, Nolen said he was a bit disoriented when he got the call and assumed the employee was talking about sales when he said they were “on fire.”

“At first I was like, ‘Yeah, I know we’re having a great year,’ and they’re like, ‘No, it’s literally on fire,’ and I was just like, ‘Oh crap,’” he said. “Then I got up, rolled over, got dressed and drove down to the restaurant.”

Nolen and his father were among several from the community who gathered outside the restaurant Thursday morning as crews from several fire departments in Fayette County battled the flames.

He said that although the structure is still standing, it suffered severe damage throughout the building, which includes a bar upstairs called The Grove and a restaurant downstairs which is the Secret Sandwich Society.

Richardson said it was his understanding that the fire was discovered by an employee early Thursday morning who had been in the structure and saw smoke. Upon following the smoke, the employee then found flames and called 911.

No one was injured as a result of the fire.

While battling the flames, Richardson said, firefighters from his department along with Fayetteville and Ansted had to enter the building.

As the fire raged on, Nolen could be seen with arms wrapped around his younger sister and his father as they watched and cried for a building that is much more than just a restaurant.

Many from Fayetteville have already stepped up to make sure those at the restaurant will be taken care of by starting a GoFundMe account for the roughly 25 employees who will be out of work.

The page was started just a few hours after the fire was reported. The page raised over $10,000 in less time than it took for firefighters to extinguish the flames from the restaurant and in less than a week passed its goal of $20,000.

“Our town is awesome,” Nolen said. “We couldn’t ask for a better place to be.”

In a Facebook post, Rhinehart assured everyone that he and all his staff were OK while also thanking the fire departments for their “swift response.”

Attached to the post is a picture of Rhinehart standing arm in arm with his family and more than a dozen members of his staff in front of the charred restaurant, which now has holes where siding used to be and is marked off with police tape.

“I absolutely and most wholeheartedly want to thank my amazing staff,” Rhinehart said in his post Thursday afternoon. “We indeed are family and we love each other immensely. And thank you to everyone for the messages and calls and outpouring of support. I’m home now, I’m gonna shower and cry it out today. Tomorrow we step into a new chapter for Secret Sandwich Society and The Grove WV.”

He also stated that they are “fully covered by insurance for the building and we have business interruption coverage.”

Despite the coronavirus pandemic, Nolen said the Secret Sandwich Society was actually having a great year.

“We’ve done really well,” he said. “We blew a lot of the expectations out of the water and then just completely killed it from there.”

After initially closing down the restaurant for several weeks when the coronavirus first hit the state, they were able to make up sales later by pivoting to curbside pickup as well as offering limited seating.

Officials said it is too soon to determine the full extent of the damage sustained by the building or where the fire originated.