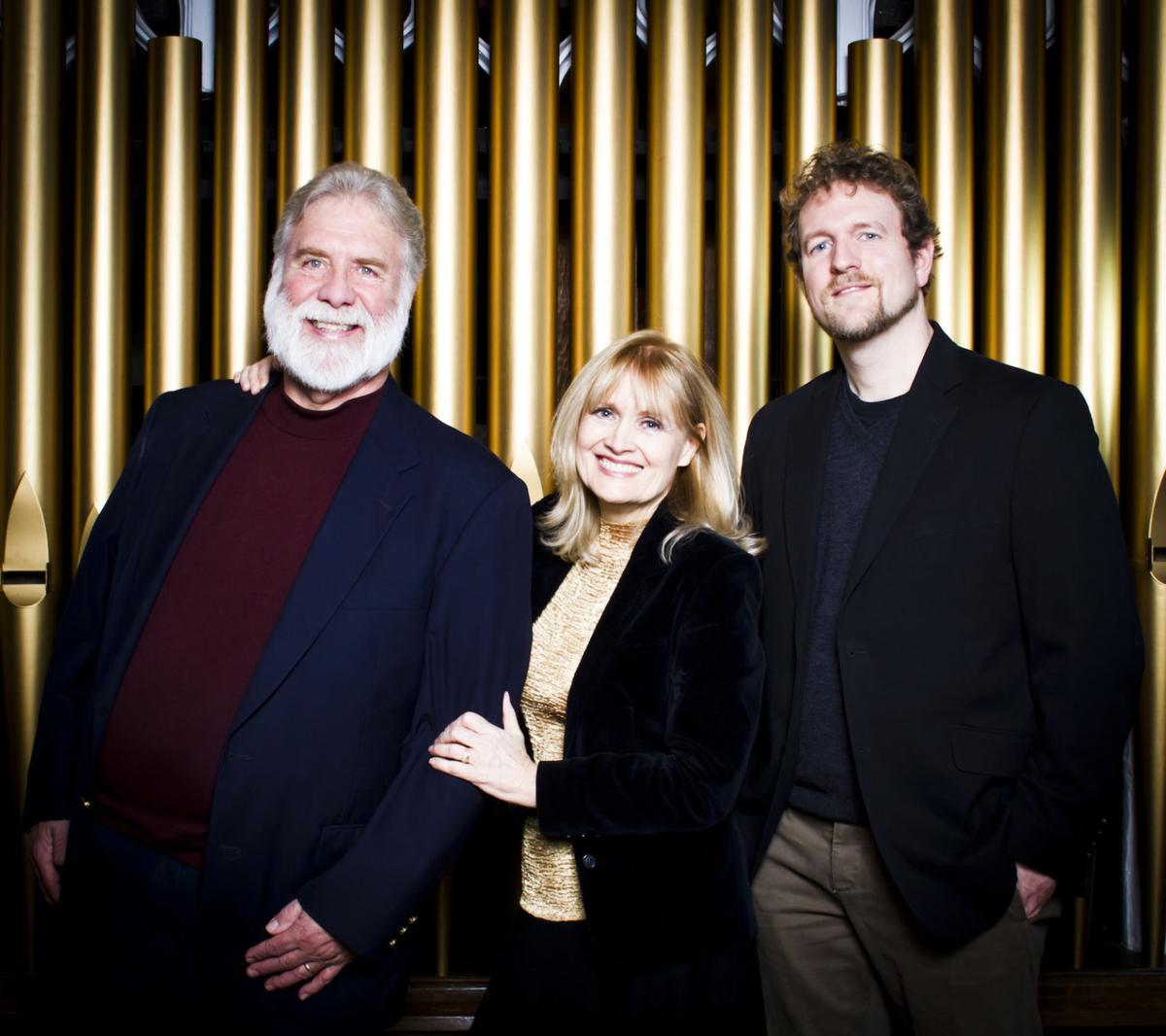 Bare Bones, a Charleston a capella trio, is comprised of Bill, from left, and Rebecca Kimmons and Mark Davis. The trio, along with two well-known Fayette County singers, will present "Spirit in the Sky" on Easter Sunday at Tamarack. 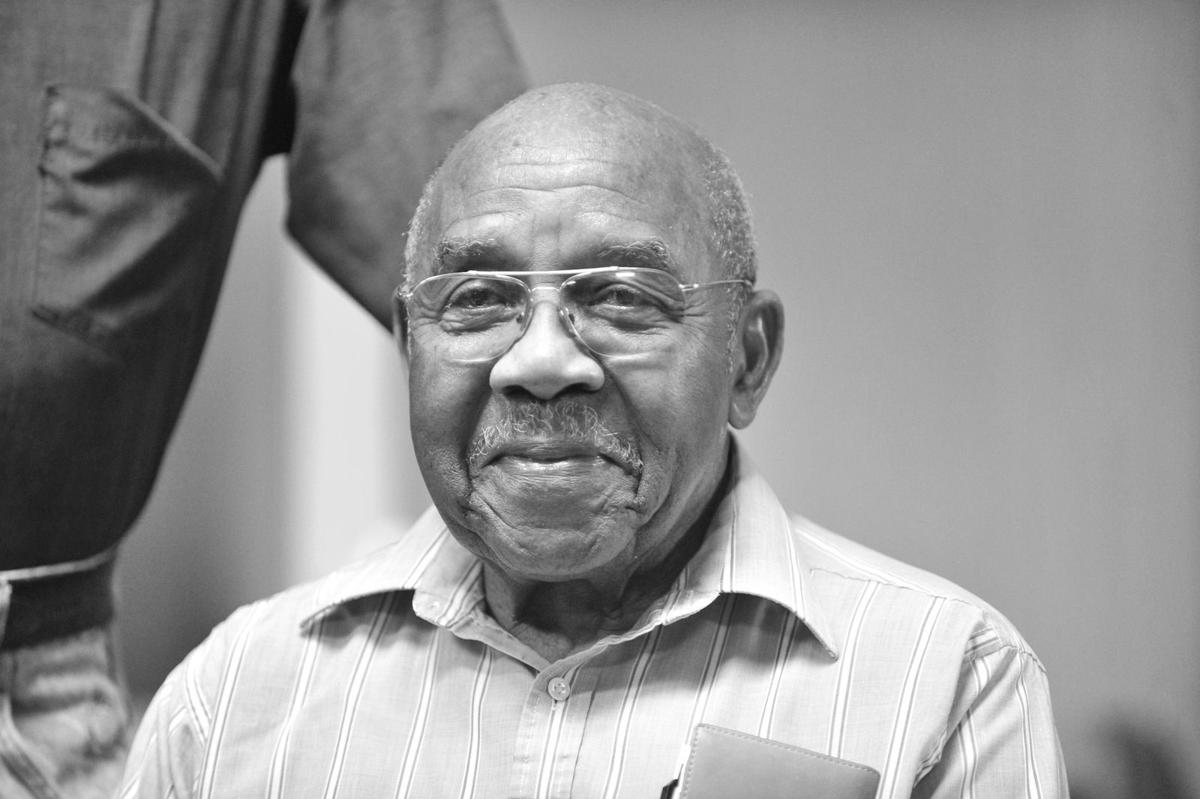 Judson Wallace of Armstrong Creek, a decades-long member of United Gospel Singers, will join Bare Bones on a special number during the Easter concert. 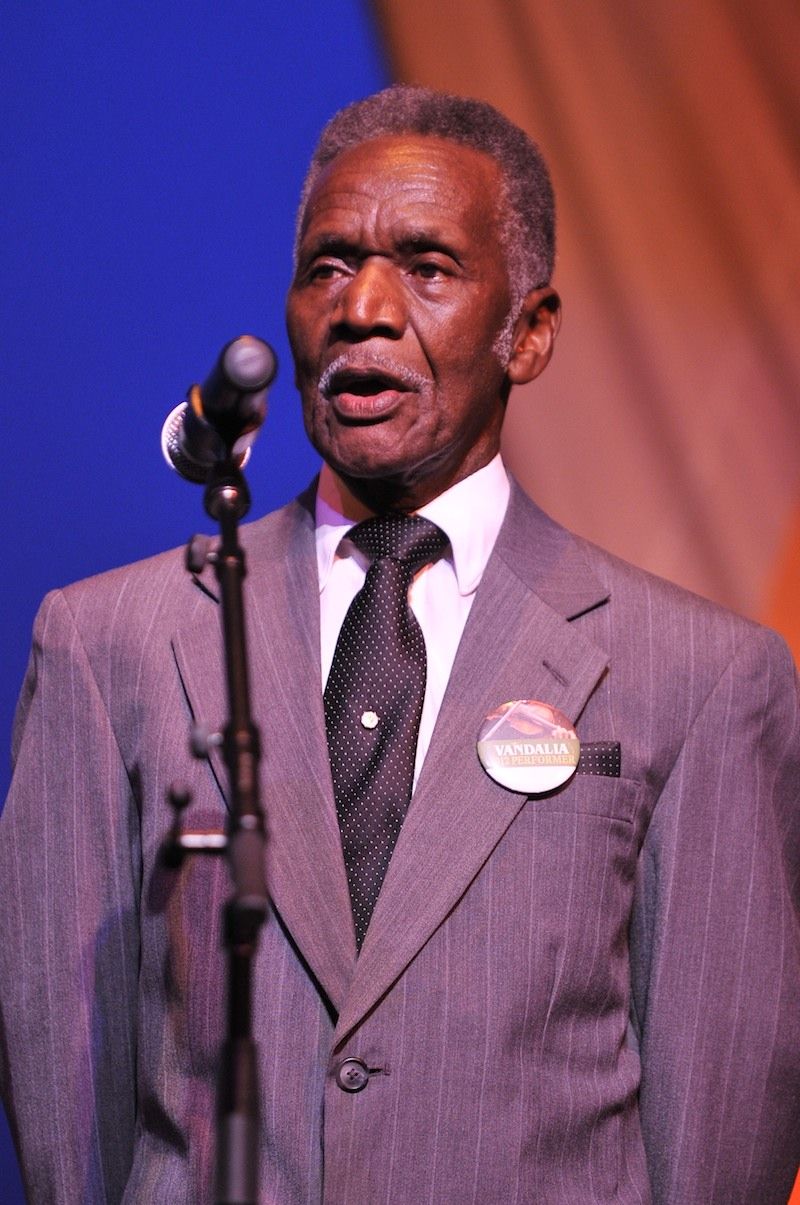 The United Gospel Singers' Donald White, of Deepwater, will add his voice, along with that of Judson Wallace to "I'll Live Again."

Bare Bones, a Charleston a capella trio, is comprised of Bill, from left, and Rebecca Kimmons and Mark Davis. The trio, along with two well-known Fayette County singers, will present "Spirit in the Sky" on Easter Sunday at Tamarack.

Judson Wallace of Armstrong Creek, a decades-long member of United Gospel Singers, will join Bare Bones on a special number during the Easter concert.

The United Gospel Singers' Donald White, of Deepwater, will add his voice, along with that of Judson Wallace to "I'll Live Again."

Bare Bones, a Charleston-based a cappella trio, will present 14 songs on Easter Sunday in a show titled “Spirit in the Sky” for Tamarack's Sunday@Two concert series.

The show, taking its name from the 1969 Norman Greenbaum Top 40 radio hit, will include that song as well as “Dweller on the Threshold,” by Van Morrison, and several favorite African-American spirituals including “I'll Live Again,” listed among Rolling Stone magazine's 500 greatest rock and roll songs.

“Anyone who's heard the 1952 version of 'I'll Live Again' by the Dixie Hummingbirds will understand why Rolling Stone named it one of rock and roll's greatest songs,” says Rebecca Kimmons, who often sings lead in the Bare Bones lineup. “Most of rock and roll's earliest and greatest singers got their start in church. There probably wouldn't even be any rock and roll if not for early black church music.”

The performance will include “Go Down Moses,” “He Never Said a Mumblin' Word,” and several other songs from the black tradition, and several songs from 19th and early 20th century hymnals, including “I'll Meet You in the Morning,” by Albert Brumley, the writer of “I'll Fly Away.”

“Easter Sunday gives us a perfect occasion to do some of these wonderful songs that contain powerful imagery from Christian spiritual writings,” Kimmons says.

“Not all these songs are appropriate for every venue, just as you wouldn't do pieces from Handel's Messiah in just any performance. No matter what you may think about religion, the poetry and music in these pieces are terrific.”

“The words to 'Tribulations' are taken directly from the Book of Revelation, the enigmatic final book of the Bible written by St. John, whom many black song writers revere as 'the Revelator.' The images in that song are really strong stuff, so strong that some performers choose to water them down a bit. We'll be doing Ball's unexpurgated original.”

St. John the Revelator turns up in another of Bare Bones' songs, “The Bahamian Farewell,” a song the Grateful Dead sometimes used as a closing song for their concerts. Like the Grateful Dead, they got the song from the singing of Joseph Spence and the Pinder Family.

“As usual, we'll be covering a lot of ground,” Kimmons says.

“We'll be mixing up songs by the 19th century Welshman James Rowe, author of 'When I Die, I'll Live Again,' with songs by contemporary rockers Morrison and Greenbaum, who is an Orthodox Jew.

“But the most fun of all will be working with Mr. White and Mr. Wallace, who've been singing a cappella gospel for more than 50 years in their group, the United Gospel Singers. They're the real deal.”

White lives at Deepwater, and Wallace lives on Armstrong Creek.

Kimmons, whose grandfather was born in Thurmond, spent her early years in Raleigh County hearing the singing of her Primitive Baptist grandmother.

“I spent my early childhood years in Beckley and Mabscott, listening to the a cappella singing of my Primitive Baptist grandmother, Lily Basham Halstead. Mawmaw Halstead grew up in Streeter, in Summers County, in a musical family. She sang in the strong, mournful style of the Old Church, unaccompanied and highly ornamented, with double-noting at the end of words, and breaks in the voice. She passed her love of all kinds of music to me,” she said.

“We would listen to the radio together when I spent the night with her, singing along with Patsy Cline and the Everlys 'way into the night. We moved away from Mabscott in 1960, and landed in Charleston in the winter of 1961. For a long time after that, I pretty much kept my singing to myself, except for singing harmony with girlfriends on Davis Creek.

“My grandmother only sang only around the house, and usually only fragments of songs. I was in my mid-twenties when I first heard anyone else sing the way she did. I was introduced then to the music of the Hammons Family of Pocahontas County and I realized that my grandmother sang in an ancient style. I loved that keening, blood -curdling voice that was so similar to the singing of West Virginia's Maggie Hammons Parker that I heard on a Library of Congress record. That same sound lived on in the voices of singers like Ralph Stanley, Larry Sparks, and Hazel Dickens.

“I never sang in school choirs because when I opened my mouth, I sounded an awful lot like my grandmother, and nobody else sounded that way. I moved my mouth in the high school girls' Presbyterian Church choir but didn't dare make a sound for fear of being tossed out as a vocal terrorist. But like my grandmother, I sang up a storm at home.”

As a young adult, Kimmons found her niche with singers of like styles and a series of groups with husband Bill Kimmons and others led to today's Bare Bones, which was born when Mark Davis joined the couple in 2007.

Together, they create a big, joyous sound, whether they're singing sensational old-time gospel songs from the African-American tradition, or a broad selection of 20th century songs from several genres, including blues, old-time radio, and mid-century pop. The trio delivers equal parts of fun and fascinating vocal music that is often only heard in intimate concert venues. Bare Bones aspires to produce hair-raising harmony, and at least one fan believes they often achieve it, as he wrote on the group's Facebook page, "Bare Bones... will definitely give you 'chicken skin' with their beautiful and powerful three-part harmony."