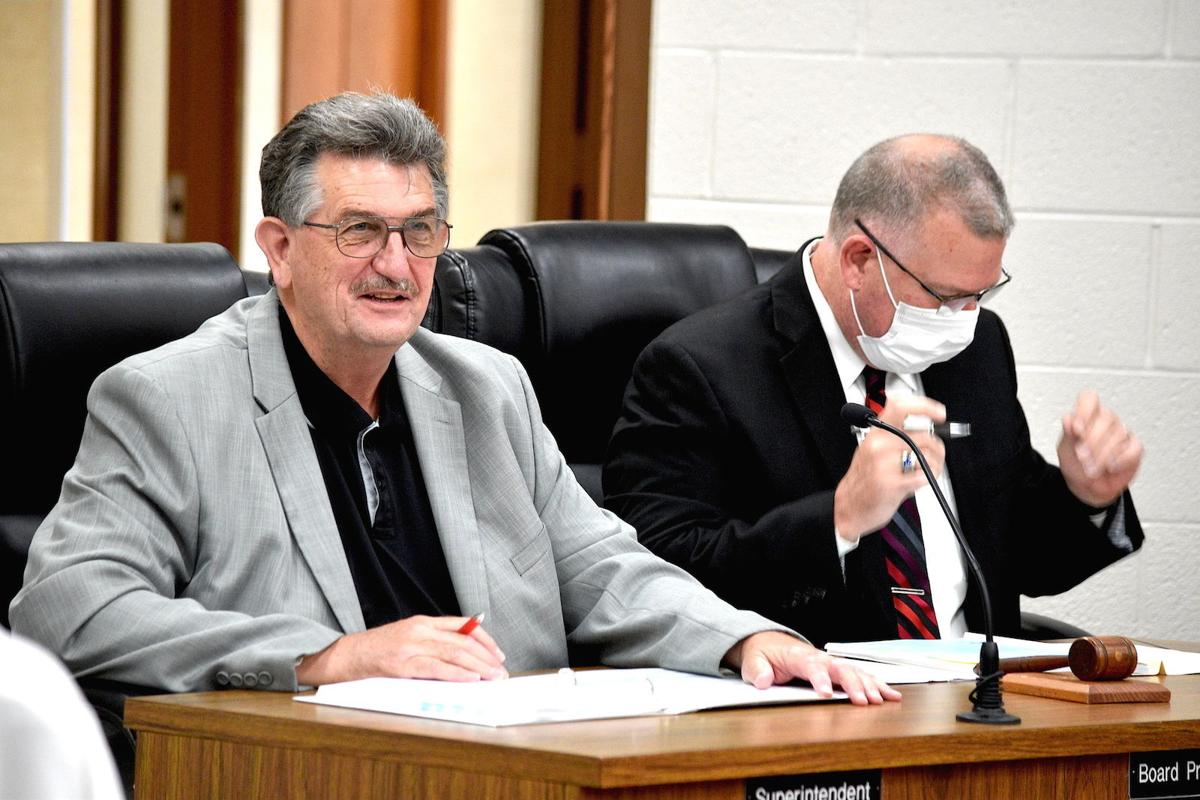 Terry George, left, shares a light moment with the crowd during his last meeting as the school superintendent in Fayette County on Tuesday, June 30. At right is Pat Gray, the Fayette County Board of Education president. 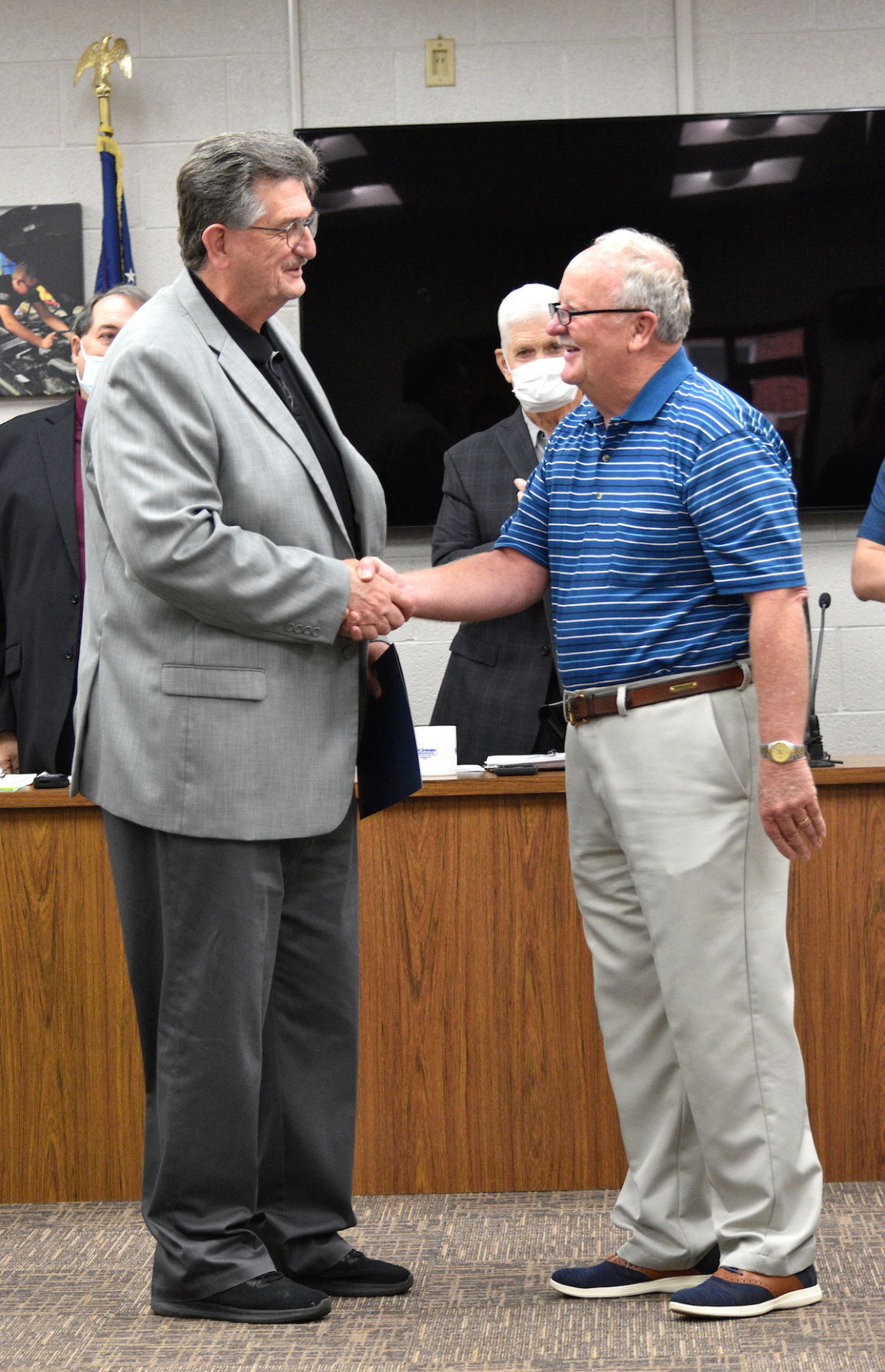 Terry George, left, shares a light moment with the crowd during his last meeting as the school superintendent in Fayette County on Tuesday, June 30. At right is Pat Gray, the Fayette County Board of Education president.

"I want to thank the board of education for being progressive in nature and tremendously brave in taking on what we took on five years ago here," said George, who served the county for the last five years. "Some tremendous progress has been made with Fayette County facilities and the opportunities for students to improve their academic offerings and to have more opportunities in school, to have safe schools, clean schools to attend ...

George spoke during a meeting in which his successor, Gary Hough, and board members Cindy Whitlock and Steve Slockett pledged the oath of office.

"I can tell you that this is the most rewarding five years of my professional career (41 years in education)," George said. "We've accomplished more here in five years than I ever thought we possibly could. We still have some things to do, but we have made tremendous strides, and that is directly attributable to the courage and the vision of this board, and the support that we get from the communities."

That "tremendous support" from the community led to "rebuilding Fayette County" and keeping the board active, he stressed. "I'm going to miss being here."

George also thanked West Virginia Board of Education President David Perry for being in attendance Tuesday. "President Perry has been very influential" in helping him navigate "the intricacies" in Charleston in order to develop projects and rebuild some county schools, George said.

On behalf of himself and State Schools Superintendent W. Clayton Burch, Perry presented a proclamation honoring George during the meeting.

In part, the proclamation read: ".., among his many accomplishments as Fayette County superintendent, Terry George oversaw the rehabilitation of school facilities, including the merging and reconfiguring of nine schools, which allowed the county to become financially stable, secured funds and grants totaling more than $60 million to improve infrastructure and make substantial improvements to the remaining 12 buildings, and opened two new schools (New River Primary and Oak Hill Middle) in a county that had not built new schools in more than 10 years."

Also under his leadership, the county "passed a school levy with the highest passage rate in years to facilitate the necessary infrastructure and academic improvements needed in the county," it read.