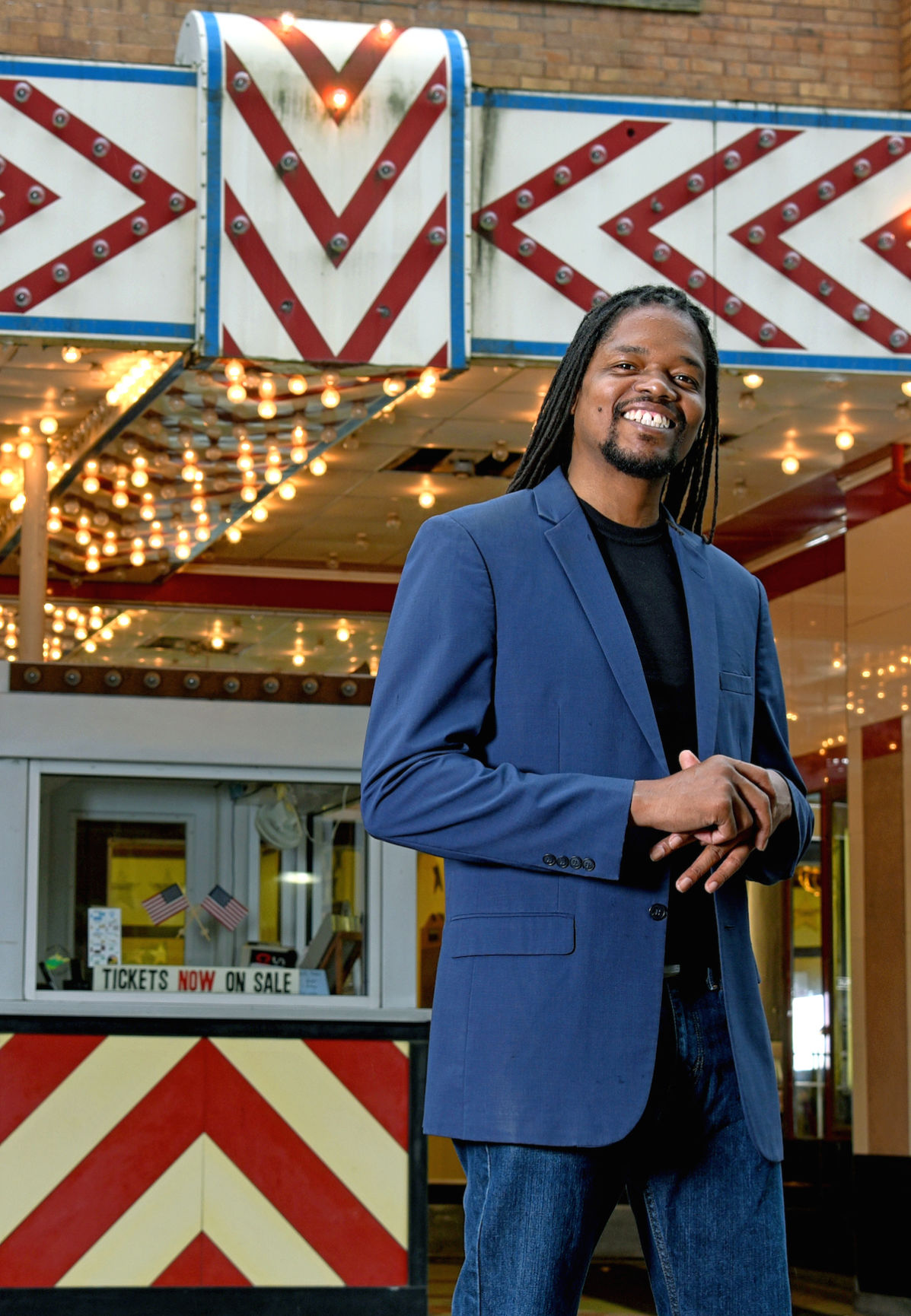 Landau Eugene Murphy Jr., winner of America’s Got Talent, will perform in a Christmas concert Thursday, Dec. 19 at the Historic Fayette Theater. 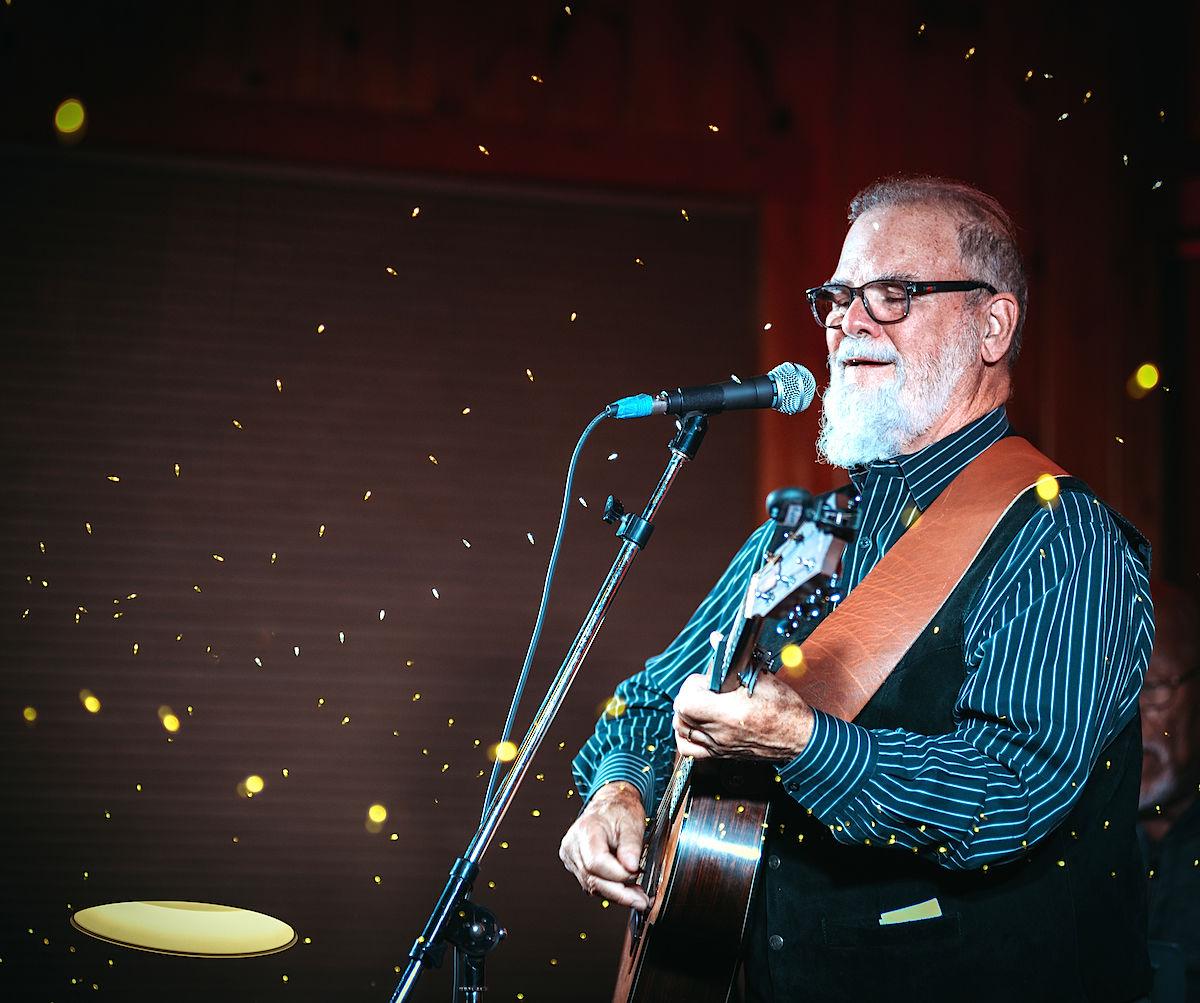 Larry Groce, host of the popular Mountain Stage radio show and a platinum-selling and Grammy-nominated singer/songwriter, will perform with Murphy in “Landau and Larry’s Home for the Holidays Tour.”

Landau Eugene Murphy Jr., winner of America’s Got Talent, will perform in a Christmas concert Thursday, Dec. 19 at the Historic Fayette Theater.

Larry Groce, host of the popular Mountain Stage radio show and a platinum-selling and Grammy-nominated singer/songwriter, will perform with Murphy in “Landau and Larry’s Home for the Holidays Tour.”

FAYETTEVILLE — During his stellar career, Larry Groce has performed and participated in other capacities in an eclectic array of musical genres.

A platinum-selling and Grammy-nominated singer/songwriter, Groce has a special affinity for Christmas and the music which heralds the season.

"I love Christmas; I always have," Groce said. "It is one of my favorite times of the year."

Having children at a later age than many has helped him appreciate the season even more, but he also says, "I love it because people focus on the kind of feelings that we're not focused enough on these days, with love for your fellow person and peace on Earth."

"Landau and Larry’s Home for the Holidays Tour” will be performed at the theater at 115 South Court Street on Thursday, Dec. 19 at 7 p.m. Groce, the host and co-creator of the long-running and hugely popular Mountain Stage National Public Radio show produced by West Virginia Public Broadcasting, will be a special guest with America's Got Talent winner and Columbia recording artist Landau Eugene Murphy Jr. during a special night filled with holiday tunes.

With the duo hitting the holiday road together for the first time ever, the joint Christmas tour promises to unwrap a variety of music styles and stories audiences will love, according to a press release.

“I really do love to come home for the holidays and visit my friends each year on the Christmas tour," Murphy said via the press release. "I’m really kind of an old-fashioned guy, and there’s nothing like Christmas time to me…it really is my favorite time of the year and getting to tour with a real legend like Larry Groce is going to be amazing.”

The all-new 2019 tour will feature Murphy and his Classic Christmas Band performing never before released tunes from his upcoming “Live In Las Vegas” CD recorded at Caesar’s Palace, along with holiday favorites from his top-selling “Christmas Made For Two” album and his Columbia Records debut “That’s Life.” The latter spent several weeks atop the Billboard charts.

“I love Christmas music, and I love the stories that go with these songs," Groce said in the release. "It’ll be a real blast to tour with Landau and his band. I love that classic Vegas big band sound, and with our two completely different styles of music together on one stage each night, there really will be something for everyone.”

Groce will be accompanied on stage by Mountain Stage guitarist Michael Lipton and bassist Ted Harrison from the Carpenter Ants. As an added bonus, he will be joined by his daughter, Virginia, on the viola.

He is planning to perform holiday classics from his beloved Disney Christmas albums, both of which received gold record status. Among the holiday staples featured will be Groce's rendition of “Frosty The Snowman,” which was penned by West Virginia native and fellow WV Music Hall of Famer Jack Rollins.

The tour will also feature Groce singing his top 10 single “Junk Food Junkie." The huge novelty hit took the nation by storm in 1976, moving to No. 9 on the Billboard Hot 100 list.

Groce says he believes the crowd will embrace the variety they'll hear on Dec. 19.

"We have two different styles," he said of himself and Murphy. "I think they're complementary; they're certainly contrasting.

"Landau has that classic jazz pop sound like Frank Sinatra, of course, and then he does some soul sounds, too. I have more of a traditionally contemporary folk sound, acoustic music. ... I'll do some original songs and some traditional carols, and then Landau will do a lot of carols and other kinds of jazz Christmas tunes.

"And then we do some things together at the end."

Tickets start at just $10 and can be purchased by visiting https://www.brownpapertickets.com/event/4453239

Or, visit www.landaumurphyjr.com/events for tickets and more information.

Everyone who brings a non-perishable item for the local food bank to the Fayetteville show will receive a free autographed Christmas CD from Murphy.

The holiday tour will also include stops in Gilbert, Bluefield, Madison and Ironton, Ohio. Additionally, Murphy and Groce will perform in the "Joy to Lewisburg" show with Bob Thompson on Dec. 15 at the West Virginia School of Osteopathic Medicine in Lewisburg.

Groce is well known to public radio listeners around the world as the host and artistic director of Mountain Stage, which airs nationally on over 200 radio stations and streams to thousands more fans online every weekend. He has released several albums, including a collection of best-selling children’s compilations for Disney. He also starred in Daniel Boyd's cult classic film “Paradise Park” and, over two decades later, wrote the music and lyrics for a musical theatre production of the story, which enjoyed its second season this past summer at Theatre West Virginia.

Groce is slated for induction into the 2020 class of the West Virginia Music Hall of Fame early next year, taking his place alongside friends including Bill Withers, Kathy Mattea, Charlie McCoy and Michael W. Smith.

The year 2019 has been an especially busy year for Murphy, the season six winner of NBC TV’s America’s Got Talent. He's had tour stops in markets including New York, Atlantic City, Los Angeles, Atlanta, Washington, D.C., and Las Vegas. He headlined for the first time in 2019 at legendary music venues including Blues Alley and The Velvet Note and returned for an all-star birthday celebration show “Landau 45” at the storied Catalina Club in Hollywood in August. In addition to his tour schedule and many charity events, Murphy also made a special appearance at the American Library Association’s summer conference at the Washington, D.C. Convention Center to sign copies of his best seller “From Washing Cars to Hollywood Star” and at several screenings of his first-ever movie “Choices,” which was completed in 2018.

Murphy's fourth album, "Live In Las Vegas at Caesar's Palace," is slated for release in 2020.