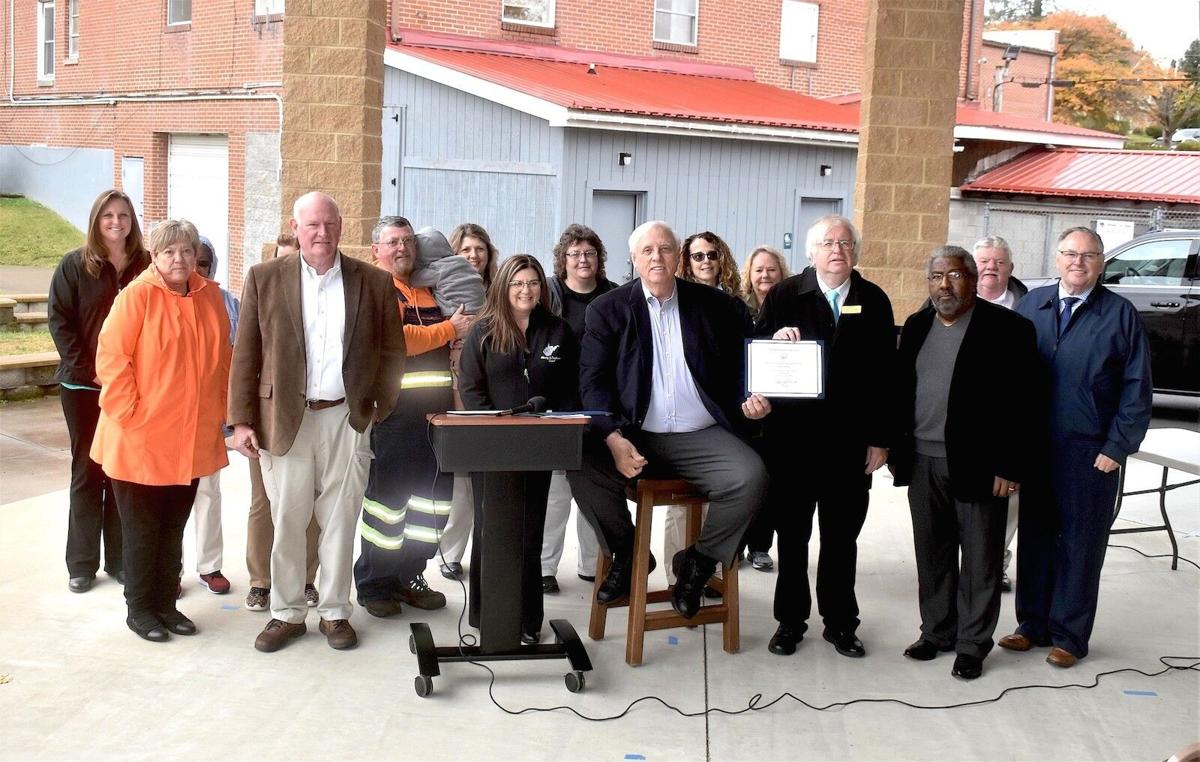 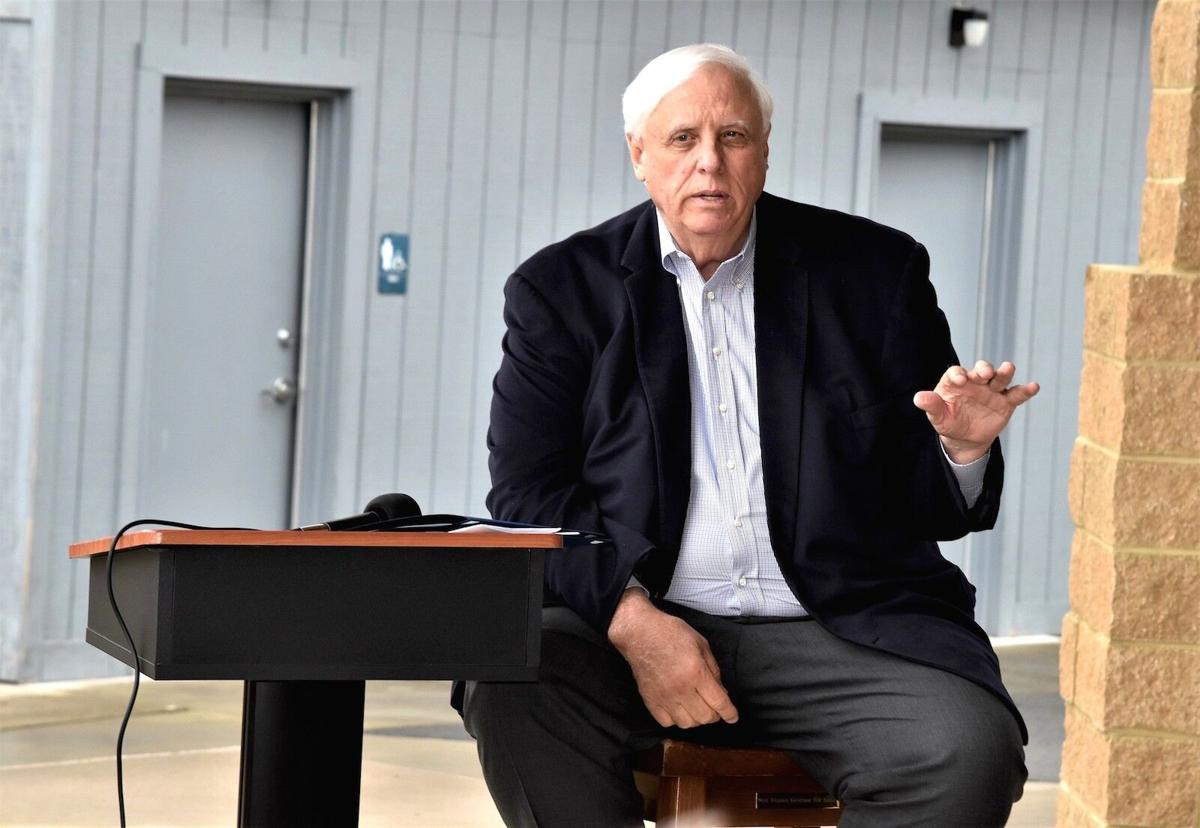 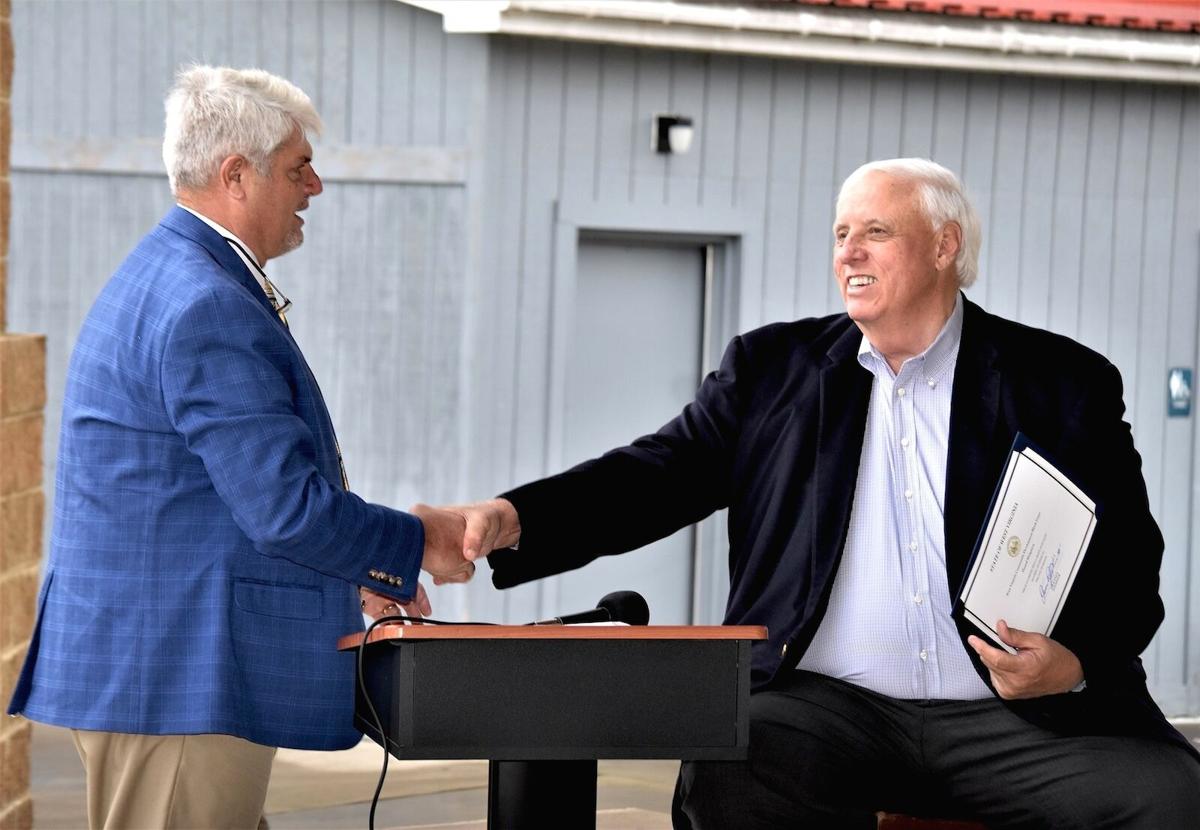 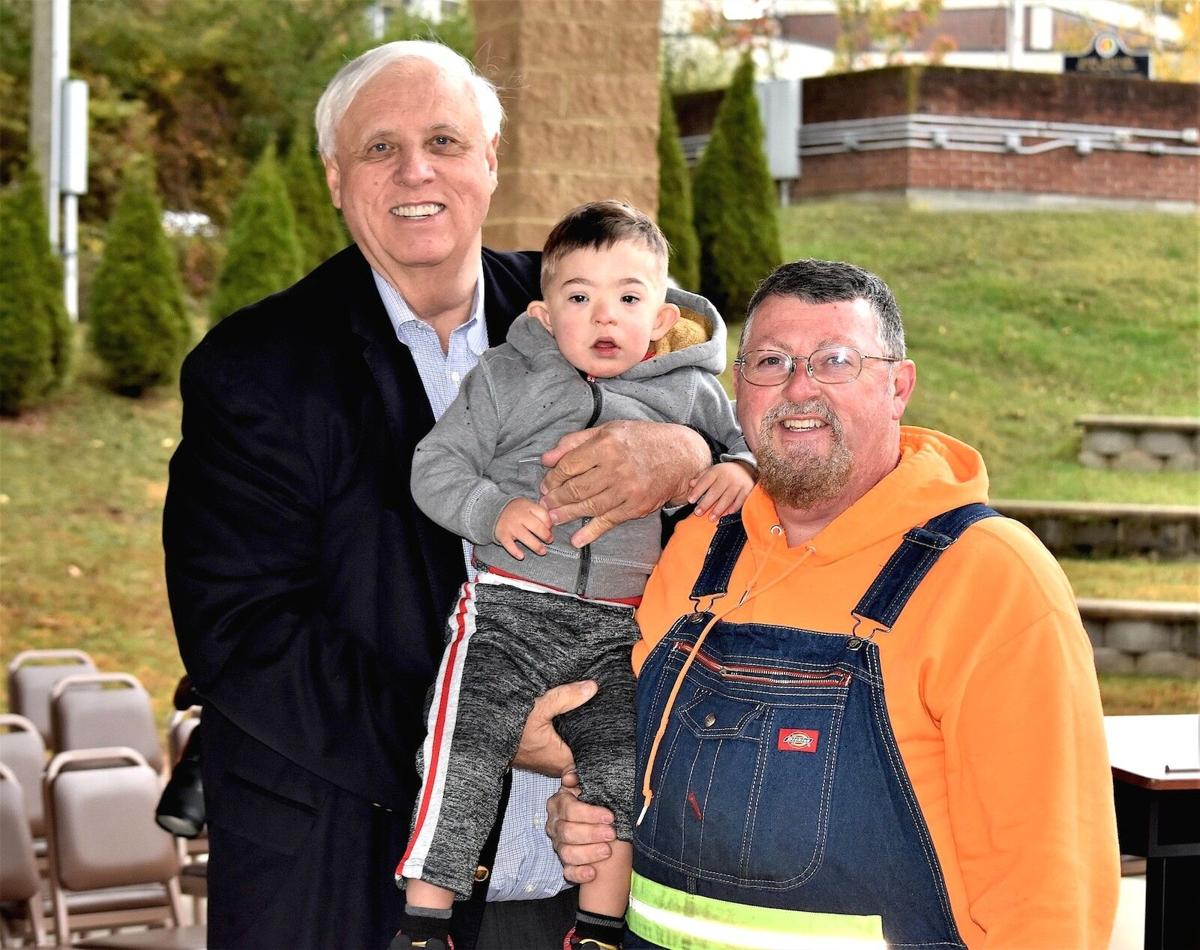 Gov. Jim Justice staged ceremonies Tuesday in Oak Hill and Craigsville to reveal over $24.3 million in federal grant funding for several hazard mitigation projects to help protect communities across West Virginia from future disasters. He was to appear in similar ceremonies later in the day in Marlinton and Alderson.

"These grant amounts are big numbers, so it's a really good day for these communities," Justice said in a press release following the event in Fayette County. "We thank everyone who is putting in the licks to make this happen.”

The funding is being made available through the U.S. Department of Housing and Urban Development's (HUD) Community Development Block Grant Mitigation Program (CDBG-MIT). The program helps communities impacted by recent natural disasters carry out strategic and high-impact activities to diminish disaster risks and reduce future losses.

According to the press release, the grants announced at the pair of Tuesday events account for a portion of the total $65.8 million in CDBG-MIT funds for 18 projects that have been recommended by the West Virginia Development Office's Community Advancement and Development Division, which manages the state's allotment of CDBG funds, for Phase 1 of the state's CDBG-MIT program.

In the Oak Hill ceremony at the Lively Family Amphitheater, the City of Oak Hill received a CDBG-MIT outlay of $4,739,000 for the City of Oak Hill-Minden flood mitigation. The Oak Hill-Minden project proposes to restore 375 feet of Arbuckle Creek to its natural state and improve flooding conditions along the only road between Oak Hill and Minden. Currently, Arbuckle Creek is narrow and has high velocities of water during storm conditions. Three bridges will be increased in size to increase flow, and an overflow detention pond will accommodate overflow in a controlled area. These measures will mitigate against flooding along Minden's main access road and serve over 300 residents.

"This is very important to the City of Oak Hill, to the community of Minden," said Oak Hill City Manager Bill Hannabass. "Flooding is one of the problems in Minden, and we seized this opportunity through this funding to help mitigate the stormwater situation in Minden.

"The way the geography is in the watershed of Arbuckle Creek, Minden takes a brunt of the punishment when we have heavy rain events. So we hope this mitigates it as best as possible, and we are committed to improving Minden, since Minden is now part of Oak Hill and has been for five years or so."

"This is one of several things that are happening in Minden," Hannabass continued. "And I'm thrilled to death; Minden has been a depressed community for some decades, and I see now the City of Oak Hill stepping forward to assist Minden in a number of different ways, this just the latest."

Addressing sewage issues in Minden has been ongoing, too. "We're still working on that system, working on the collection system of the sewer in Minden. And we've worked on the dilapidated structure problem in Minden, and that's ongoing. I think there's improvement in Minden, and this is absolutely a huge amount of money, $4.7 million."

Also, about $5 million is being spent in a current phase of a project addressing sewer collection in Minden and Sanger, Hannabass said. "The sewer project and this (stormwater) project will more than likely coincide late summer next year. So we're excited to get started."

The city recently completed about $25 million in sewer renovations. "A lot but not all was spent in Minden (about $15 million)," Hannabass said. That included decommissioning the Arbuckle Wastewater Treatment Pant, which was in "horrible, absolutely horrible, non-functioning condition," and piping all of that sewer into the Minden Wastewater Treatment Plant. That project included installment of a force main line.

"Any investment in infrastructure means a great deal, and this is a sizable investment into an infrastructure project," said Hinton Mayor Jack Scott. "Our system is not antiquated, but it needed separated. I think most cities have issues related to stormwater runoff. If you look at our topography as steep as it is, those issues could become even more severe.

"So this is a tremendous asset for us to be able to eliminate the stormwater from our public sanitation system."

Scott said the stormwater portion of improvements is expected to begin in about two years, on the heels of a phase 1 project that is expected to take about 18 months.

"Think about the people in Minden," said Justice, and "all that those folks have been through."

"Then you think about the Town of Hinton in Summers County, you think for just a second about the rebirth of that town and all that's going on here."

Those municipalities are smaller reflections of West Virginia, the governor said. "We're moving, really transforming from a lot of tough days. A lot of really, really tough decades, if not even tough centuries.

... It's an exciting, exciting time in West Virginia."

The grants announced at the events in Oak Hill and Craigsville also included $3,174,000 for the Town of Craigsville for the Craigsville PSD water plant relocation, $1,042,350 to the City of Summersville for the city's stormwater project, $250,000 to Region 4 and Region 2 (multi-county) for a Crossing the Bridge to Safety Planning Project, two projects at Marshall University, two projects for the City of Spencer, and projects at Camp Caesar and the Town of Addison, both in Webster County.

West Virginia was approved by HUD for a grand total of $106.4 million in CDBG-MIT funds for hazard mitigation projects, meaning the state still has an additional $41.6 million available for eligible projects.

HUD requires that every funded project meets the HUD definition of mitigation: activities that increase resilience to disasters and reduce or eliminate the long-term risk of loss of life, injury, damage to and loss of property, and suffering and hardship, by lessening the impact of future disasters. HUD requires that at least 50 percent of CDBG-MIT funds directly benefit low-to-moderate income individuals and that 50 percent of CDBG-MIT funds directly benefit the most impacted and distressed areas determined by HUD (Clay, Kanawha, Greenbrier, Nicholas counties).