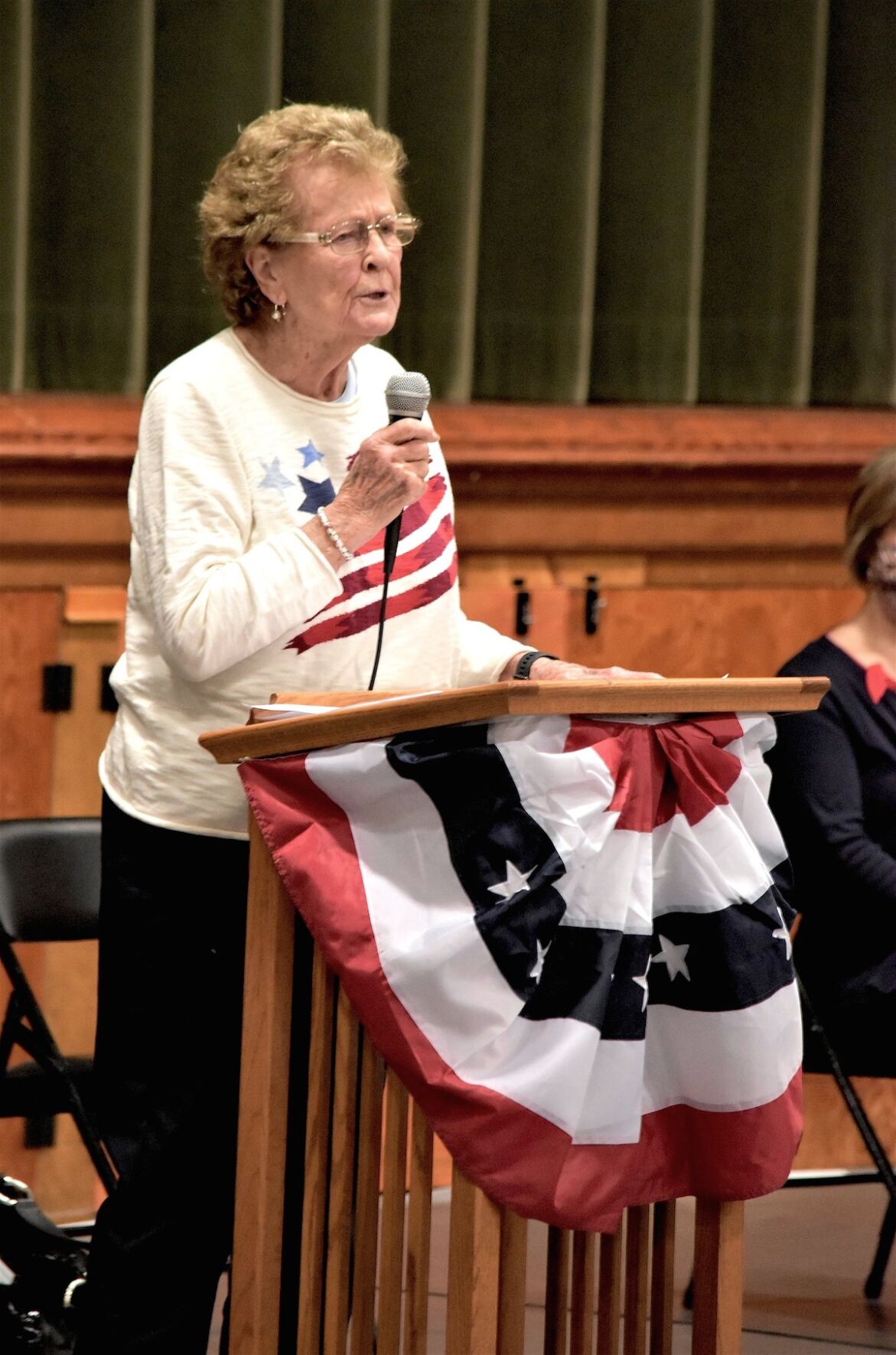 Lita Eskew addresses the crowd at a special Veterans Day commemoration at the Fayette County Soldiers and Sailors Memorial Building in Fayetteville on Nov. 11. 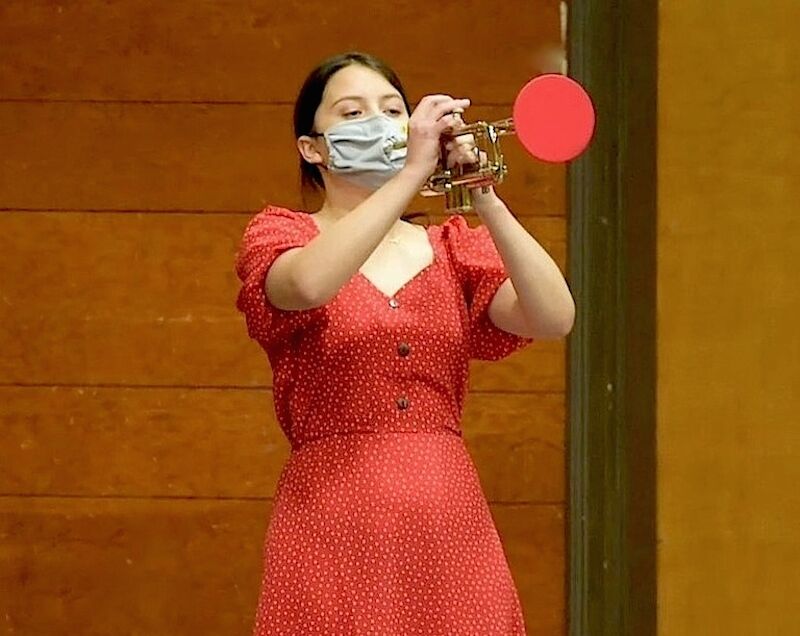 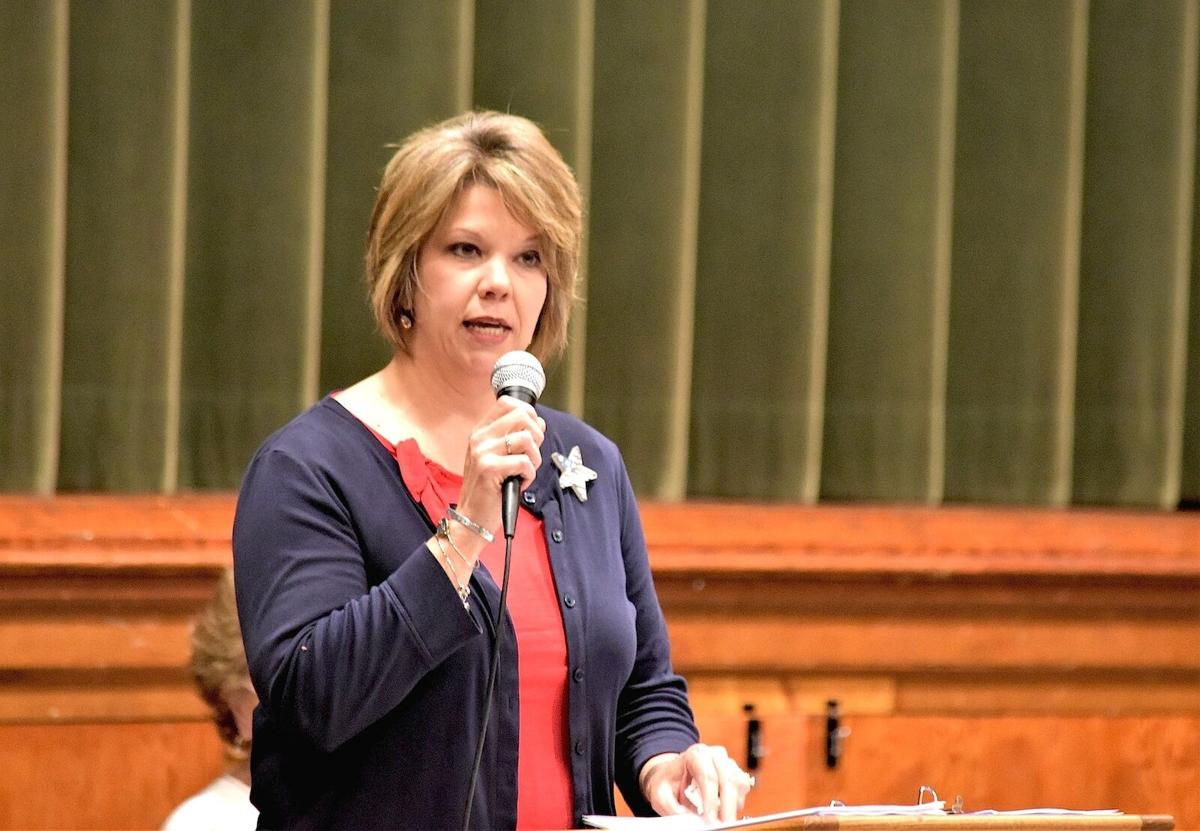 Cathy Jo Bryant delivered remarks recognizing a county which has made numerous contributions to the nation's military service. 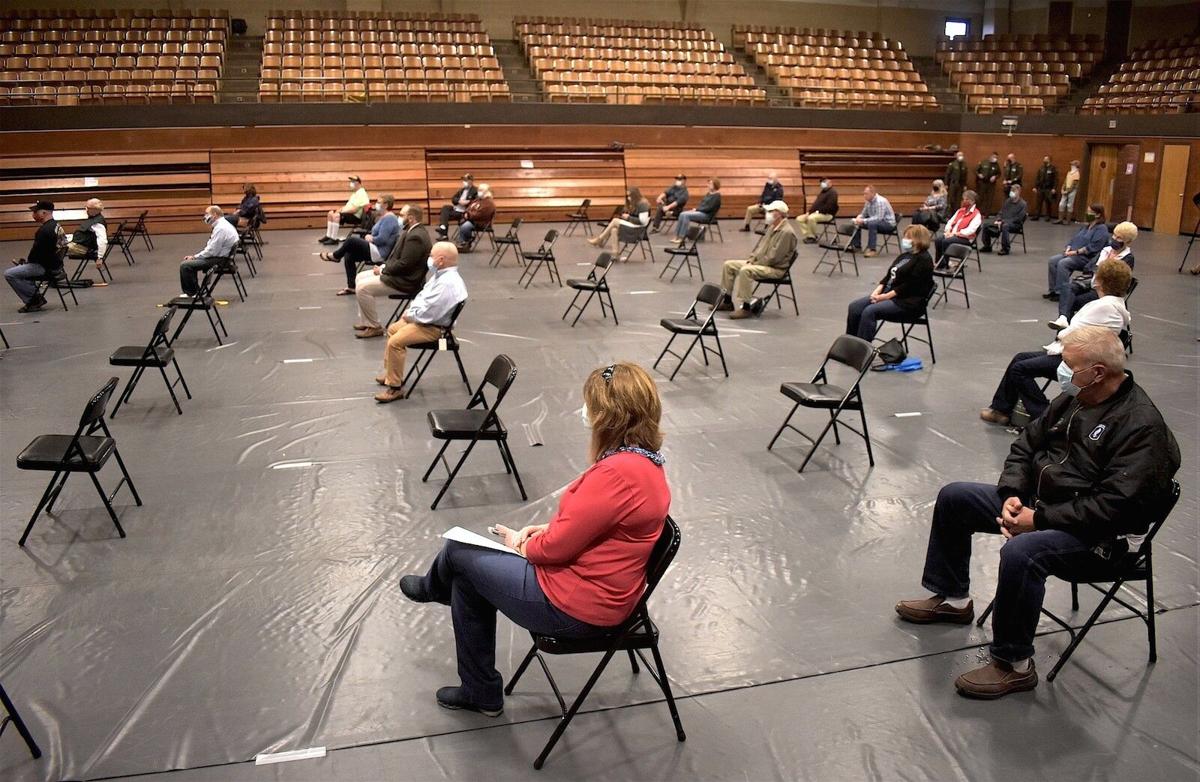 Lita Eskew addresses the crowd at a special Veterans Day commemoration at the Fayette County Soldiers and Sailors Memorial Building in Fayetteville on Nov. 11.

Cathy Jo Bryant delivered remarks recognizing a county which has made numerous contributions to the nation's military service.

FAYETTEVILLE — Remembering and honoring the duty and service provided by the nation's military veterans of all wars is our continuing duty, speakers at a special Veterans Day ceremony on Nov. 11 stressed.

Mike Pilato served as the ceremony's emcee. Speakers included Lita Eskew, Cathy Jo Bryant, Heather Collins and William Hughes, with a prayer by Harry Fuller, pastor of Gatewood Baptist Church. Collins is an Army Reservist, an Operation Iraqi Freedom veteran, and a FMRS outpatient substance abuse therapist transitioning to a job with Veterans Affairs. Hughes is a U.S. Navy veteran, the mayor of Pax and the WVU Tech swim coach.

"Across this country and throughout the world Americans will pause this Wednesday to honor our brave fighting men and women who for many, many years have underwritten our freedom by their duty, honor and their service," said Eskew.

"As we celebrate this national holiday and salute those who have put country above self, we proudly celebrate the contributions that Fayette County citizens have proffered in protecting the United States," said Bryant. "In addition, we commemorate a county that has notable military correlations. The information I share with you today has been compiled through various sources and research methods and effort was made to provide the most accurate material for our Veterans Day Salute. Any oversight of information is unintentional.

"Our county was named in honor of a man who played a key role assisting the Continental Army during the American Revolutionary War. We know and commend Marquis de Lafayette.

"Today, we want to identify and commend our very own Fayette County men and women who have served. From WWI to the Iraq war, Fayette County's bravest have met the call of duty, and we are grateful to have some of them in attendance with us today. We salute their military record and we salute their civilian contributions to our county. They not only served us in the armed forces, they served in our communities as law enforcement officers, business owners, pastors, coal miners, correctional officers, teachers and health care providers.

"Often quoted from the gospel of St. John is the verse, 'Greater love hath no man than this, that a man lay down his life for his friends.' Sadly, not all Fayette County service members had the opportunity to return home and pursue a career outside the military as 455 World War I, World War II, Korean and Vietnam veterans are recorded as war casualties.

"Several Fayette County homes, bridges, towns and cemeteries are an integral part of the country's military history. From Gauley Bridge to Fayetteville, to Sewell Mountain and sites in between skirmishes were fought, the concept of indirect fire was devised, a horse was obtained, and a war general's mother was laid to rest. We embrace this history, but let us also embrace the present. We are fortunate to be here today in front of a building dedicated to those who have served, and in the 2019 U.S. Census statistical information, it is recorded that 3,837 Fayette County veterans put on a uniform and provided unwavering service to their country."

Bryant also urged locals and visitors alike to seek out other ways to honor the heroes, such as visits to "the Veterans Monument in Smithers, the New Haven Memorial in Ansted, the Page-Kincaid Memorial, the Pax Veterans Memorial or the monument as you enter Huse Memorial Park here in Fayetteville." Also, she reminded those present that, on Saturday, Dec. 19 beginning at noon, both Huse Memorial Park and High Lawn Memorial Park in Oak Hill will participate in the National Wreaths Across America Day. "Wreaths will be placed on veterans' headstones to honor their service and sacrifice toward preserving our freedoms."

The Soldiers and Sailors Memorial Building was “erected (in) 1951 in grateful memory to those who gave their all for their county,” reads a plaque inside the memorial.

Fayette County Commission assistant Ami Dangerfield briefed those in attendance on the history of the Memorial Building with the following remarks:

"West Virginia had the fifth highest percentage of servicemen during World War II, with 5,830 killed in action. It is not surprising that the people of Fayette County supported a memorial to honor the men and women of the armed forces. On Aug. 8, 1945, the Fayette County Commission issued an order in response to a citizen petition. The order declared that the county would erect a soldiers and sailors memorial in the form of a building for general usefulness to all the people of the county, with particular reference to the needs, comfort and recreation of the men and women of the armed services.

"A special levy passed overwhelmingly on Aug. 6, 1946, and was estimated to raise $75,000.00, with addition funds coming from federal aid, the board of education and private contributions.

"The county commission created a board of directors and both bodies agreed to hire prominent Charleston architect L.T. Bengtson to design the memorial.

"By 1948, construction costs had doubled from the estimated $150,000 to $300,000, and on Nov. 2, the citizens of Fayette County elected to renew the special levy to ensure the completion of the memorial. In March of 1950, the county commission hired Hill Company, Inc., of Oak Hill, to construct the memorial. The construction was slated to finish May of 1951, though was not completed until Dec. 20, 1951.

"The original dedication date was planned for July 4, 1952; however the Raleigh County Memorial Airport scheduled their dedication that same day. The board of directors did not want to compete with another large event. So, The Soldiers and Sailors Memorial Building was finally, officially dedicated on May 30, 1953.

"In front of a crowd numbering nearly 400, the dedication address was given by West Virginia American Legion Commander, Harry W. Miller, who stated: 'Today it is our privilege to participate in a service to dedicate this building to the memory of those who made the supreme sacrifice in the service of their country, and to those who willingly offered their lives for their country but were spared to come back to Fayette County.'

"An inscription above the stage reads 'For God and Country – To the Last Full Measure of Their Devotion' and a plaque in the lobby declares In Grateful Memory to Those Who Gave Their All for Their Country. Also in the lobby are the names of those from Fayette County who have served their country. This memorial is ongoing and you may inquire about purchasing a plaque in memory or honor of a veteran after the ceremony.

"In 2016, the Memorial Building was nominated and accepted to both the West Virginia State and National Registers of Historic Places and recognized by the National Park Service on behalf of the Secretary of the Interior for its importance to local history.

"The Flame of Freedom, a torch donated by American Legion Post 149 in 1969 as a 'tribute to veterans of all wars who by their patriotism and loyalty served God and country,' was restored by community donations and spearheaded by the Friends of the Soldiers and Sailors Memorial Committee and rededicated on West Virginia Day, June 20, 2017.

"The Friends of the Soldiers and Sailors Memorial Committee also obtained funds to erect a memorial stone on the south lawn of the property in honor of all the veterans of the branches of the United States Armed Forces. The stone was set on Nov. 8, 2018 and the flags were donated by Fayette County National Bank.

"The Fayette County Soldiers and Sailors Memorial Building also provides an important venue for indoor recreation and entertainment for all the people of Fayette County. But most importantly, it is to act as a reminder of the sacrifices of all servicemen for our citizens, county, state and country."