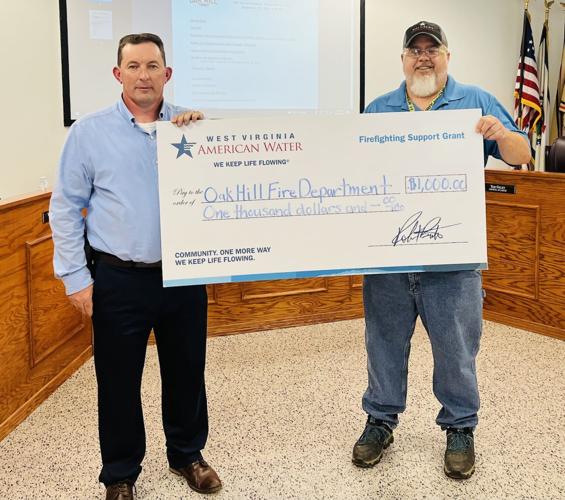 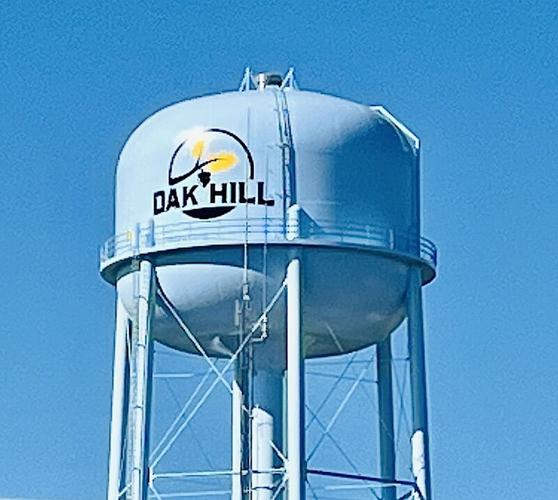 The painted water tower is shown.

The painted water tower is shown.

The funds will be used to buy equipment for the fire department.

Before presenting the money to the fire department, Janney spoke about the new paint job the Oak Hill water tower just received with the help of West Virginia American Water. The water tower is a 500,000-gallon tank and was built in 1968. The last time the tower was painted was in 1987, according to a city press release. The tower has been inspected every couple of years, but it was determined during the most recent inspection that maintenance was needed.

WVAW is "a great partner to the City of Oak Hill," the press release read, and the addition of the city’s logo to the water tower is an added bonus.

"The City of Oak Hill would like to thank WV American Water for years of dedication and partnership throughout the years, and their commitment to helping not only our community members but our wonderful and courageous firefighters," according to the release.