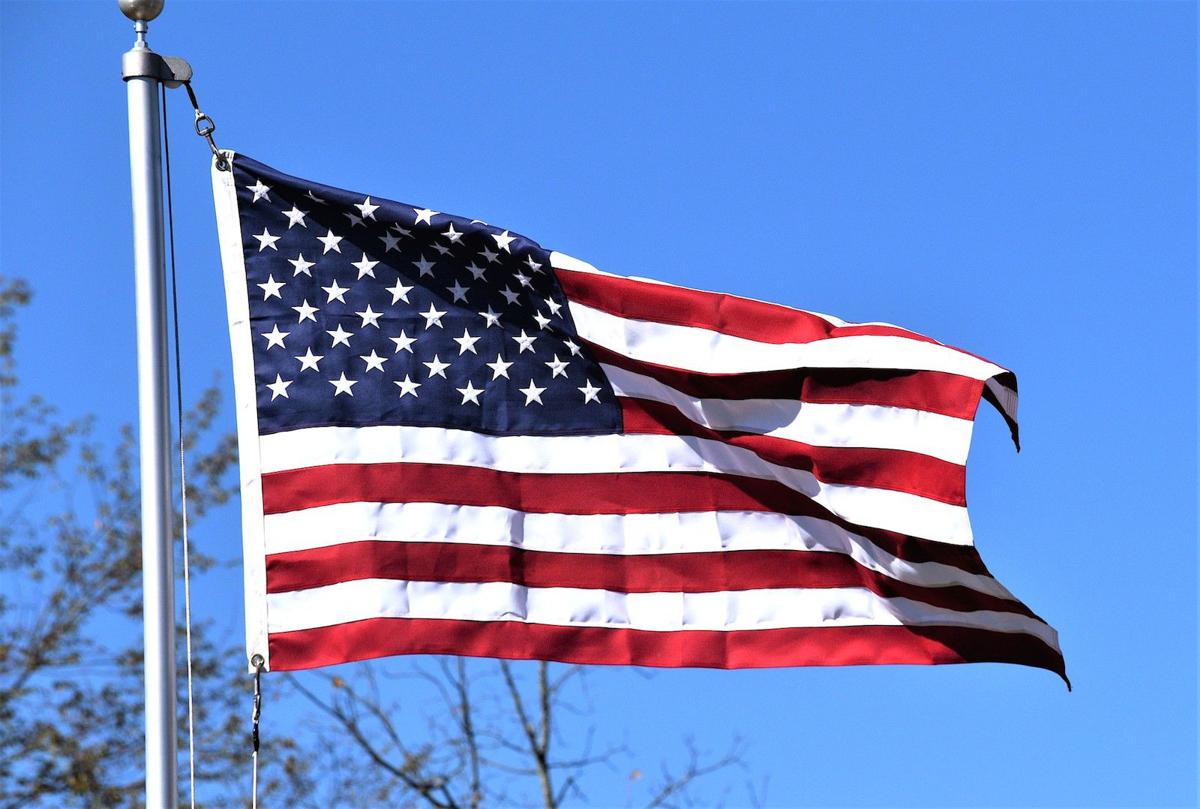 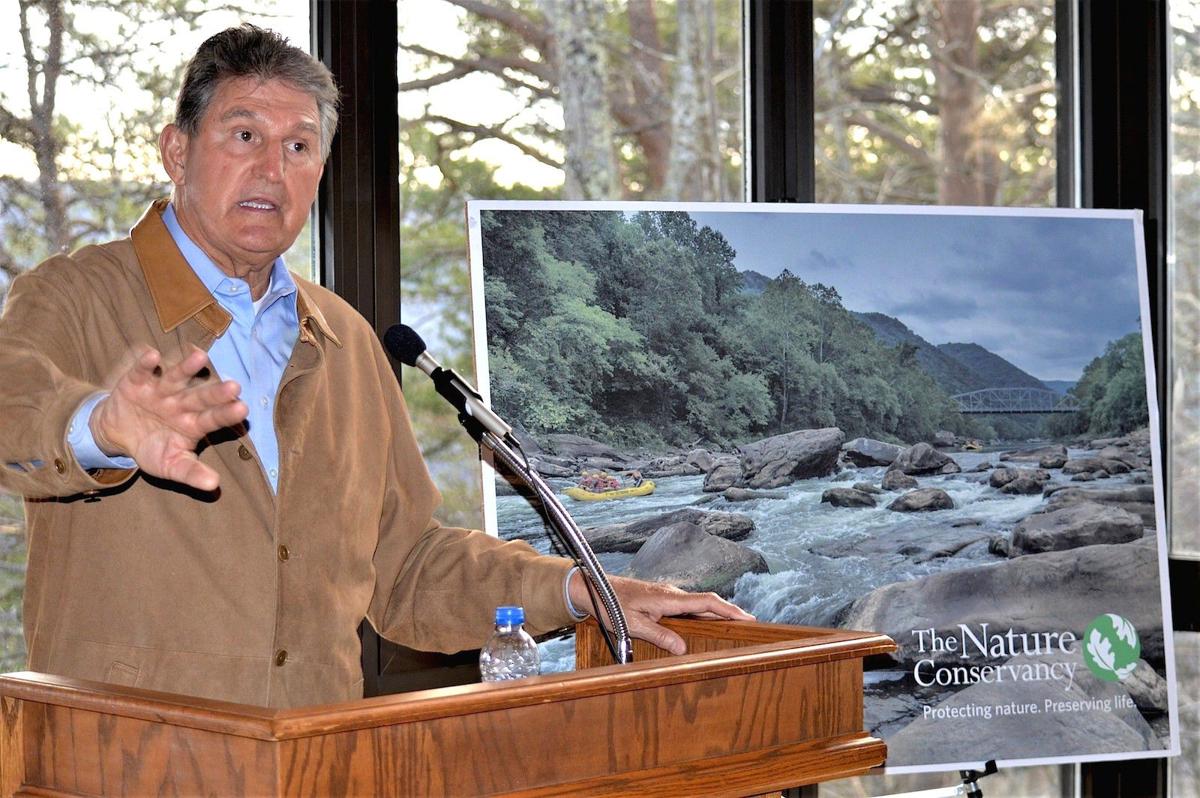 West Virginia is one of the most patriotic states in this great nation. During my time in the U.S. Senate, it has been my greatest honor to serve those who have served, and celebrate veterans and all they have given for our freedom.

Whenever I travel across our state and speak at schools and community events, I always ask how many people have a family member who served or is serving in our Armed Forces. Nearly every hand always goes up – because service to our country is part of who we are as West Virginians.

On this Veterans Day, I ask that all West Virginians thank a veteran in their lives, because we as a nation are forever grateful for their service. On this Veterans Day, let us also look to Medal of Honor recipient Woody Williams’ example, as he leads our nation in paying homage to all of our veterans at the New York City Veterans Day Parade.

One of the most rewarding parts of my job as a U.S. Senator is having the opportunity to help our veterans who were never recognized for their heroism receive the war medals that they have earned. It has been my greatest honor to request long-overdue medals for Wetzel Sanders, a veteran of Pearl Harbor who received a Purple Heart 76 years after being wounded. Or Willie Lewis, a Korean Prisoner of War who received his Purple Heart 62 years after being taken prisoner, or Steven Vinson, who received his Purple Heart 49 years after being wounded in Vietnam. I was proud to recognize the 11 African-American soldiers of the 333rd Field Artillery Battalion who were massacred in World War II, known as the Wereth 11 for making the ultimate sacrifice on the floor of the U.S. Senate. James ‘Aubrey’ Stewart, a native of Piedmont and a member of the Wereth 11, is representative of many of our veterans from our small towns across the state.

And this Veterans Day, I’m honored to be awarding the family of Joseph Guio a Marine Corps Commendation Medal at the American Legion in Follansbee at 11 a.m. Joseph was killed when his ship sunk off the coast of the Philippines in World War II. He never received a medal because most of the men he served with perished alongside him. But on this Veterans Day, we’ll all come together to commemorate his legacy.

As I meet veterans across West Virginia and listen to their concerns, I take their ideas back to Washington and advocate for commonsense legislation that helps our veterans. In July, I introduced the SPEED Act, which requires the Federal Communication Commission (FCC) to designate a 3-digit dialing code for veterans in crisis. Sadly, more than 20 veterans and military members die by suicide every day across the United States and I want to end this vicious cycle. A 3-digit code for a crisis hotline could break down needless barriers, ultimately saving lives.

We have the best trained military in the world, that’s why I want to make sure that when those men and women return home from serving we put their incredible skills to work. In 2017, President Trump signed my bill, the Honoring Investments in Recruiting and Employing (HIRE) Veterans Act, into law, which established a tiered recognition program within the Department of Labor to award employers based on their contributions to veteran employment. This program recognizes American businesses – both large and small – that are doing their part in the fight to reduce our veterans’ unemployment rate. Since then, we’ve seen a drop in overall veterans unemployment, though there’s much more work to be done.

I have the most profound respect for our veterans and that’s why as a member of the Senate Veterans Affairs Committee, as well as both the Armed Services and Appropriations Committees, I want to make sure our veterans get the care and support we’ve promised them.

Like all West Virginians, I was appalled to learn about atrocities that took place at the Louis A. Johnson VA Medical Center in Clarksburg. Our veterans deserve world-class care from the VA – and it’s clear that we have fallen short of that goal. Dr. Richard Stone, the executive in charge of the Veterans Health Administration, recently wrote an op-ed in the Clarksburg area’s Exponent Telegram and appeared on WV television declaring that the VA has already “done what we should do for accountability” and blamed negative press and headlines for bad perceptions of the Clarksburg VA. If there is time for the VA to draft an op-ed, it’s time for a Senate investigation. I understand we have to be careful not to interfere with an ongoing criminal investigation, but I want to know when are family members of victims going to get answers? When are we going to have some accountability?

I am continuing to press for answers, and I will not give up until every impacted family is able to have the closure they deserve. We need to make sure these issues are cleaned up across the VA system and no veteran is at risk when they seek out medical care. We can do better and we must do better.

Whether it’s pushing for policies that matter to veterans, helping veterans with their healthcare benefits, or securing their long-overdue military medals, I will always be there for our veterans because they have always been there for us. How we treat our veterans today has a direct impact on the likelihood of the next generation’s willingness to serve.

I thank all of our service members for their patriotism and sacrifice, as well as our Gold Star families, our countless veterans organizations, medical professionals, volunteers, and supporters of veterans programs across the state and nation. Together, we can continue to make a positive impact in the lives of our nation’s heroes.