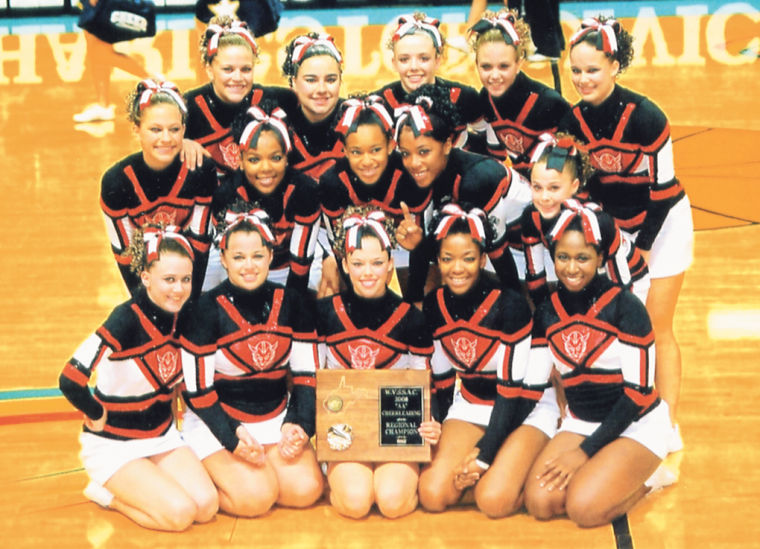 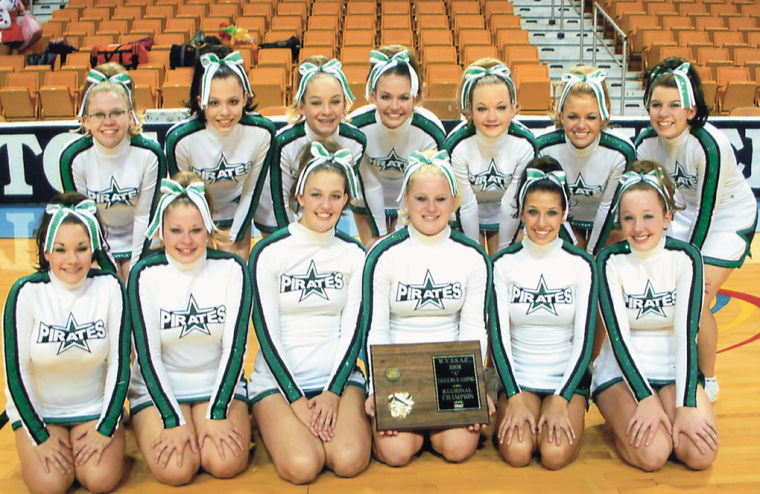 Last weekend proved to be fruitful for Fayette County high school cheerleading squads. Participating in the Region 3 competition at the Charleston Civic Center Coliseum, both the Oak Hill girls (Class AA) and the Fayetteville girls (Class A) captured region team championships. For Oak Hill, it marked an eighth straight regional win. For Fayetteville, it was the first cheerleading region title in school history. Both teams now advance to the state tournament, set for Saturday, Dec. 13, back at the Civic Center. Oak Hill leads off the Class AA event at 10 a.m. Triple-A teams will follow double-A, and Class A teams will finish out the competition in the afternoon. The Red Devils, captained by Sherain Thomas and Leisha Banks, feature seven experienced seniors and some talented underclassmen. “We didn’t have the best regional performance we’ve ever had, but this is probably the most talented squad I’ve had,” said Oak Hill coach Angela Keffer. “They have the most difficulty in their routine. “They’ve been incredible this year. They’re very driven, and they made a goal to win the state championship this year. Winning regionals is sort of a legacy we’ve built, but we really want to leave our marks (at the state level).” Oak Hill, which placed sixth last year, owns a state runner-up finish from 2003. Keffer said her girls are very appreciative of the efforts of the cheerleader boosters club. “They couldn’t have done anything without the boosters.” Keffer, who also choreographed Fayetteville’s routine, was happy for the Pirate girls, too. “I’m super proud of Edie’s girls,” she said. The Fayetteville coach, Edie Davis, was trilled with her team’s efforts. “We have been through much sweat and many tears to get there, but I am so pleased and excited to be FHS cheer coach,” she said. The Pirates were region runners-up in 2007. — E-mail: skeenan@register-herald.com