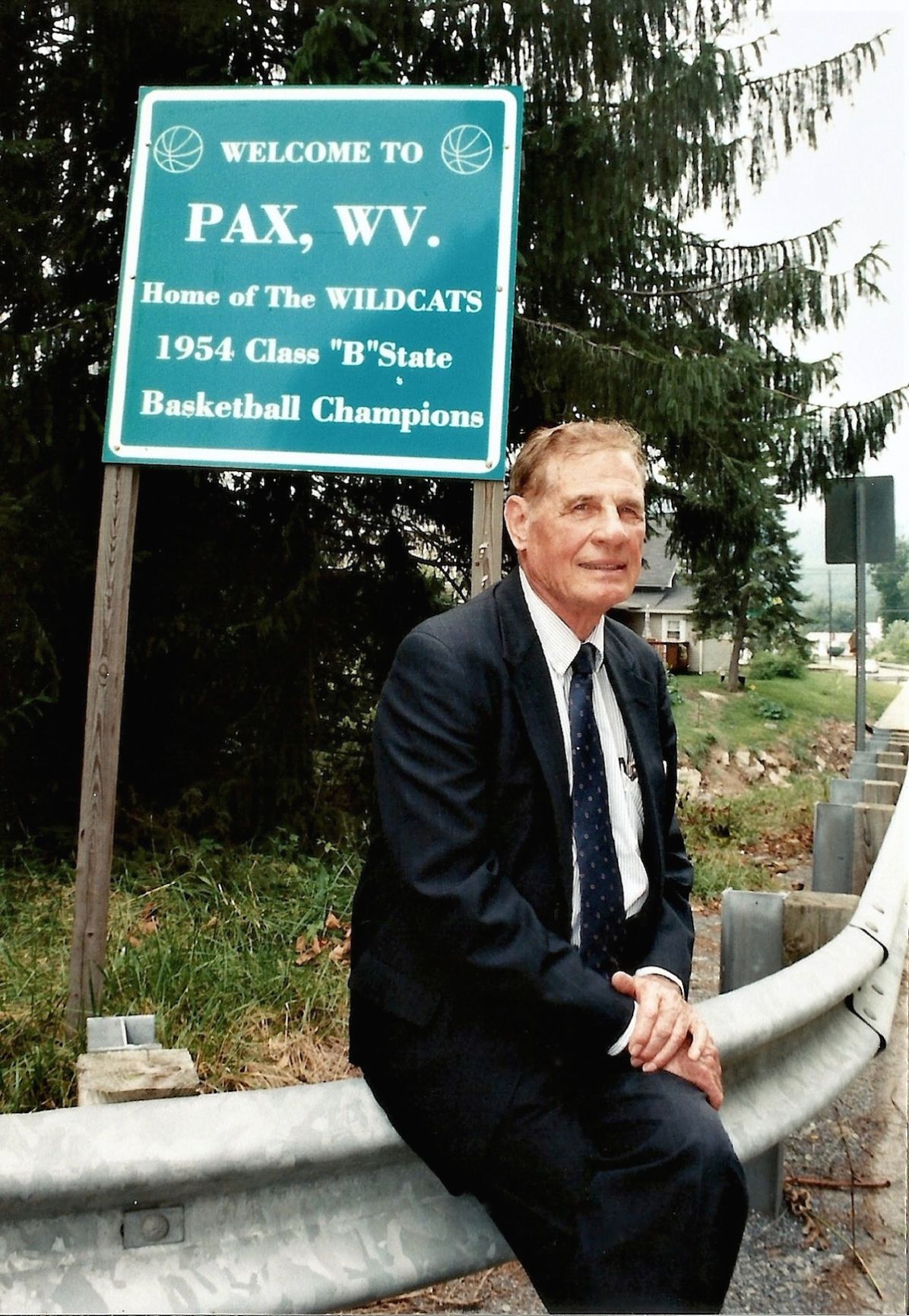 Kenneth Legg is shown at one of the entrances to Pax in 1999. Legg passed away on Dec. 23. 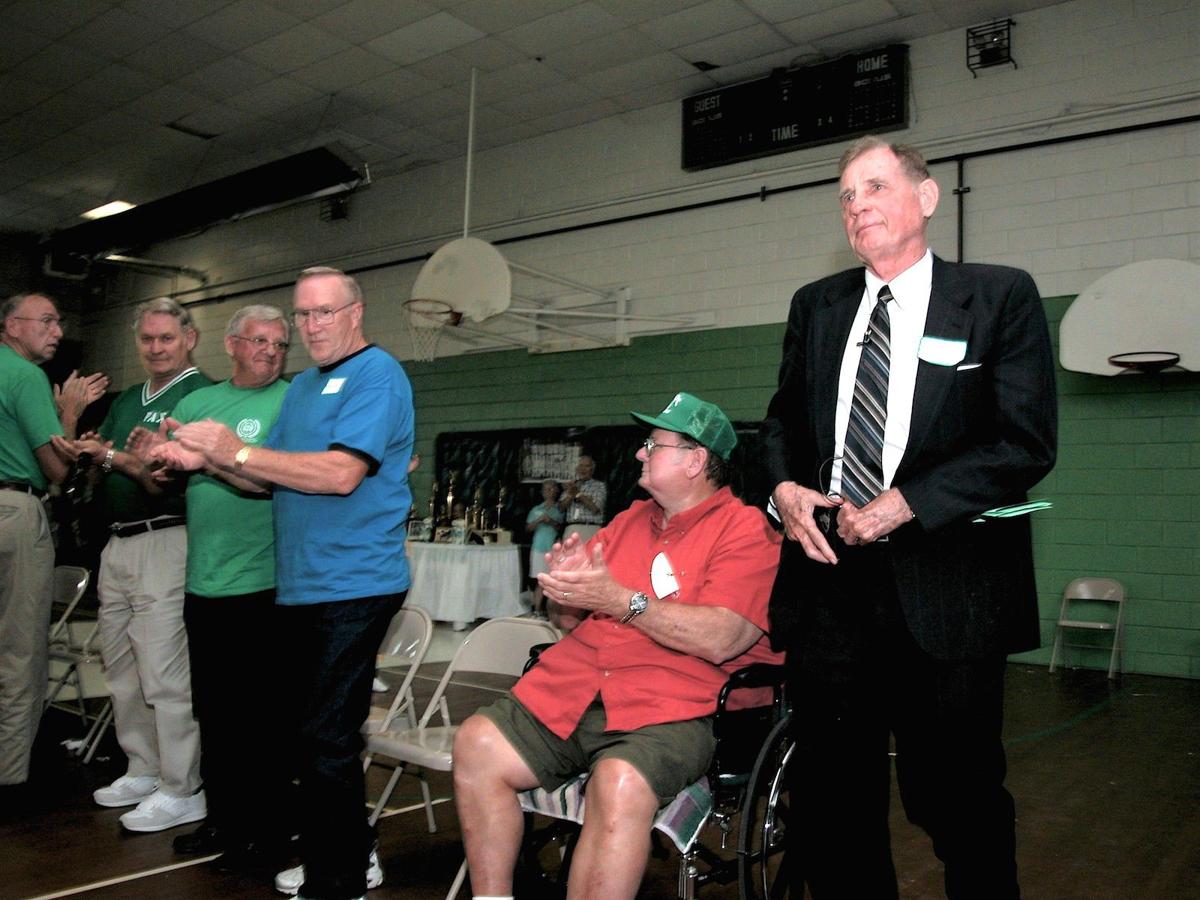 Kenneth Legg, right, joined some of his former players at the 50-year reunion of the 1954 Pax Class B championship. 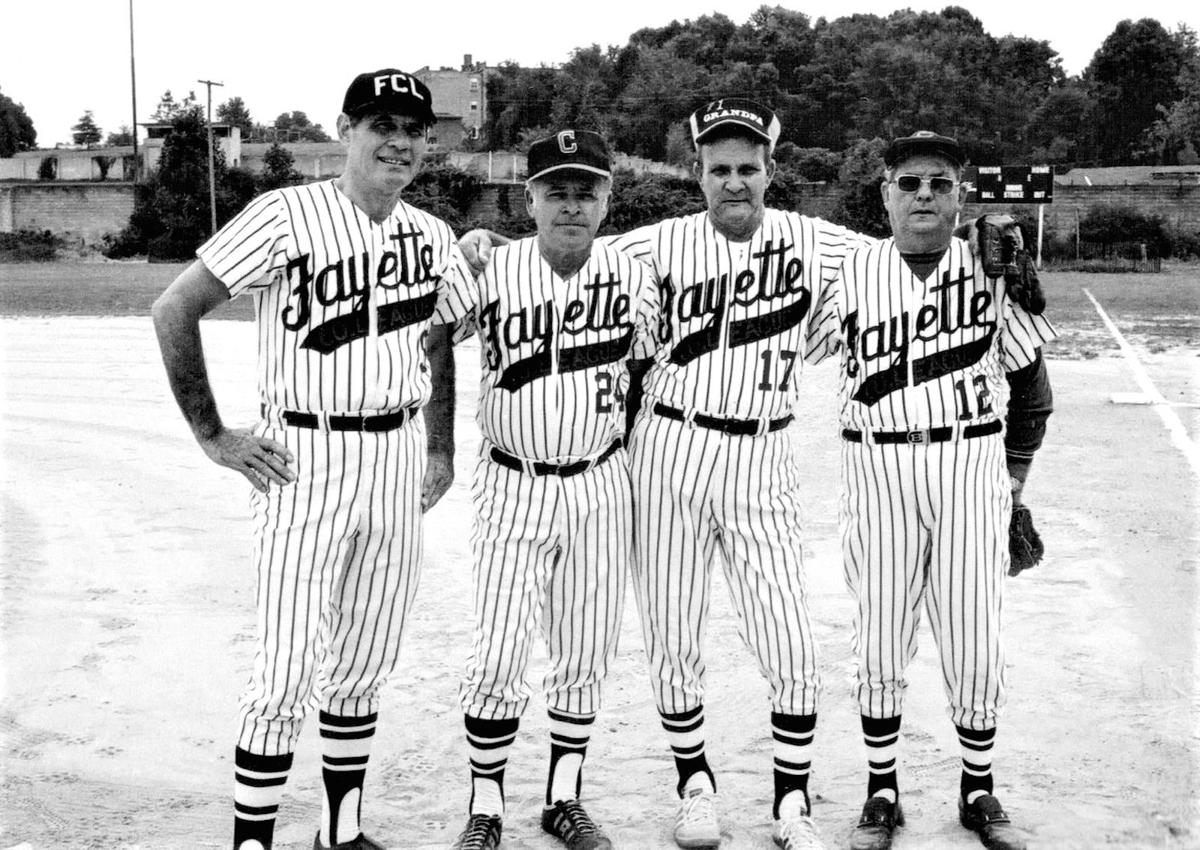 Kenneth Legg is shown at one of the entrances to Pax in 1999. Legg passed away on Dec. 23.

Kenneth Legg, right, joined some of his former players at the 50-year reunion of the 1954 Pax Class B championship.

The governor issued a proclamation on Dec. 26 that called for all United States and West Virginia state flags at the Capitol Complex and all state-owned facilities in Fayette County to be displayed at half-staff from dawn to dusk on Saturday, Dec. 28, in commemoration of the "distinguished life and service of former West Virginia Delegate Kenneth Cameron Legg."

Legg, a 1941 Oak Hill High School graduate and a Kanawha County resident, was a member of the West Virginia House of Delegates' 54th session from 1959-1960, the proclamation read. Legg attended West Virginia Institute of Technology before serving during World War II with the U.S. Navy, Seabees Unit, from March 1943 to January 1946.

Legg re-entered West Virginia Tech after the war and graduated in 1949 with a bachelor of science degree in business administration. He obtained his master's degree in secondary education in 1950 and a degree in elementary education at George Peabody College of Vanderbilt University in Nashville, Tenn. in 1951.

Legg "was known throughout West Virginia for his contributions to sports as a player, track champion, coach, sports official, and hall of famer in the Tex Williams Sports Legends Hall of Fame," the proclamation said in part.

During a 50-year reunion of the team at the Pax Reunion in 2004, Legg recounted the Pax Wildcats winning the West Virginia Class B basketball championship in 1954. Pax defeated Huntington Vinson 58-57 in the semifinal round, then topped Piedmont 63-54 to capture the state title.

"We didn't have any real stars," Legg, known to many as Horse, said in 2004 while standing in the very gym the team had played its games back in the day. "They were just ordinary guys that did things above the normal call."

Also that day, Legg discussed with his players how he wanted them to comport themselves and prepare for their futures back then. "As you lads recall, we talked about what what we were going to do after basketball," Legg said. "Education prepared us for our life's work. We always stressed the common courtesies, and we put on our Sunday-go-to-meeting clothes.

"And, whether sitting on the bench or on the floor playing, we urged players not to be critical of those arbitrating the game. That's the kind of image we tried to create for Pax High School."

"The lesson we learned is that you can still go to the top and behave yourself," he added, praising former players and cheerleaders for being "good citizens" who "made their mark on society.""

In 1999, Legg was the grand honoree of the annual Oak Hill High/Collins High Reunion. At the time, he recalled growing up in Oak Hill and said he'd "always called it home."

He was a state high school track champion and played football for the Red Devils for Coach Russ Parsons.

His first year of teaching occurred in 1951-52 at Minden Elementary, which was followed by a two-year stint at Pax High School. At Pax, he coached the Wildcats to two straight basketball state tourney appearances, including the championship run in 1953-54.