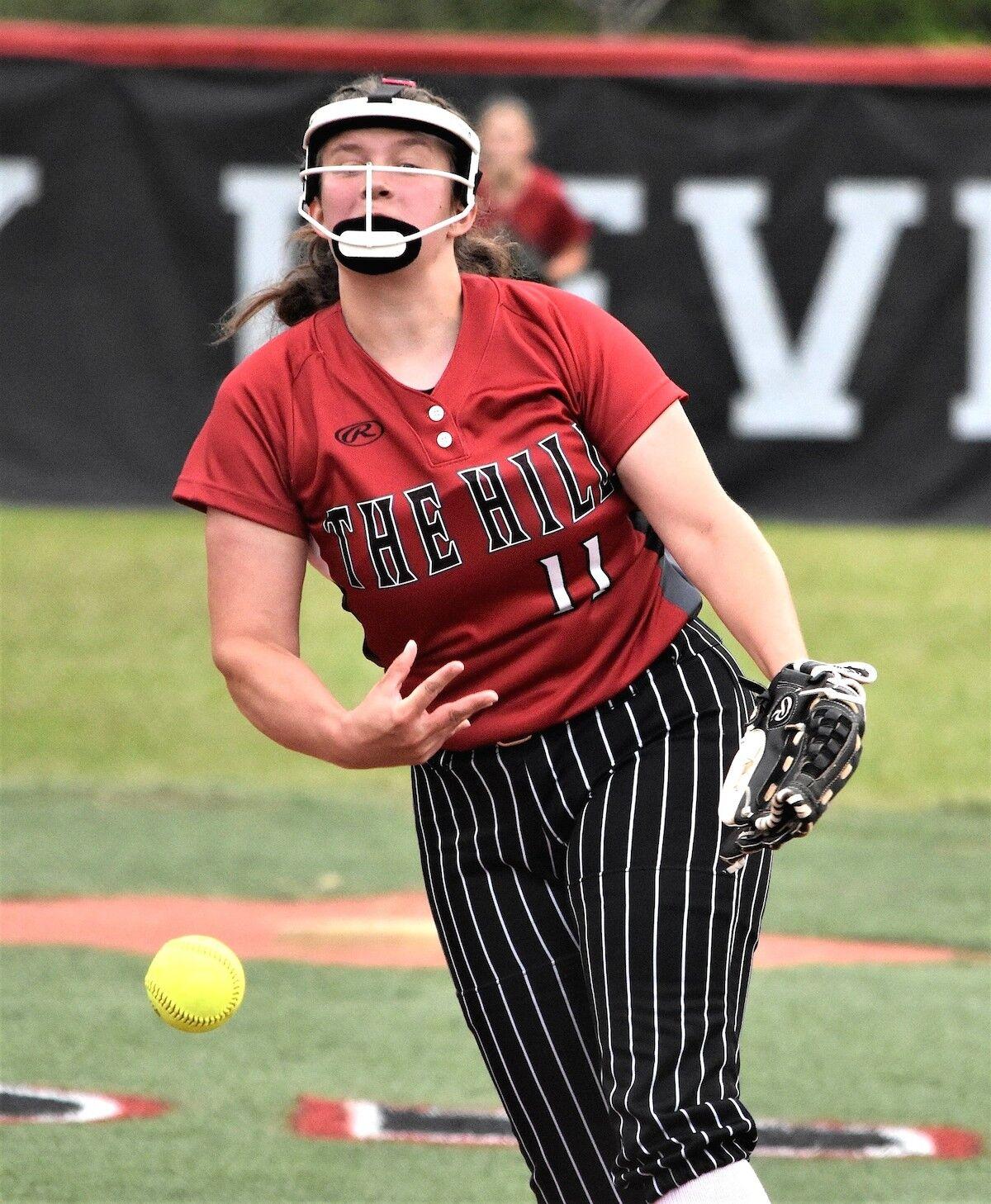 Brooke Spangler pitches to a Princeton batter in Oak Hill's 17-2 section softball win over the Tigers on Tuesday. 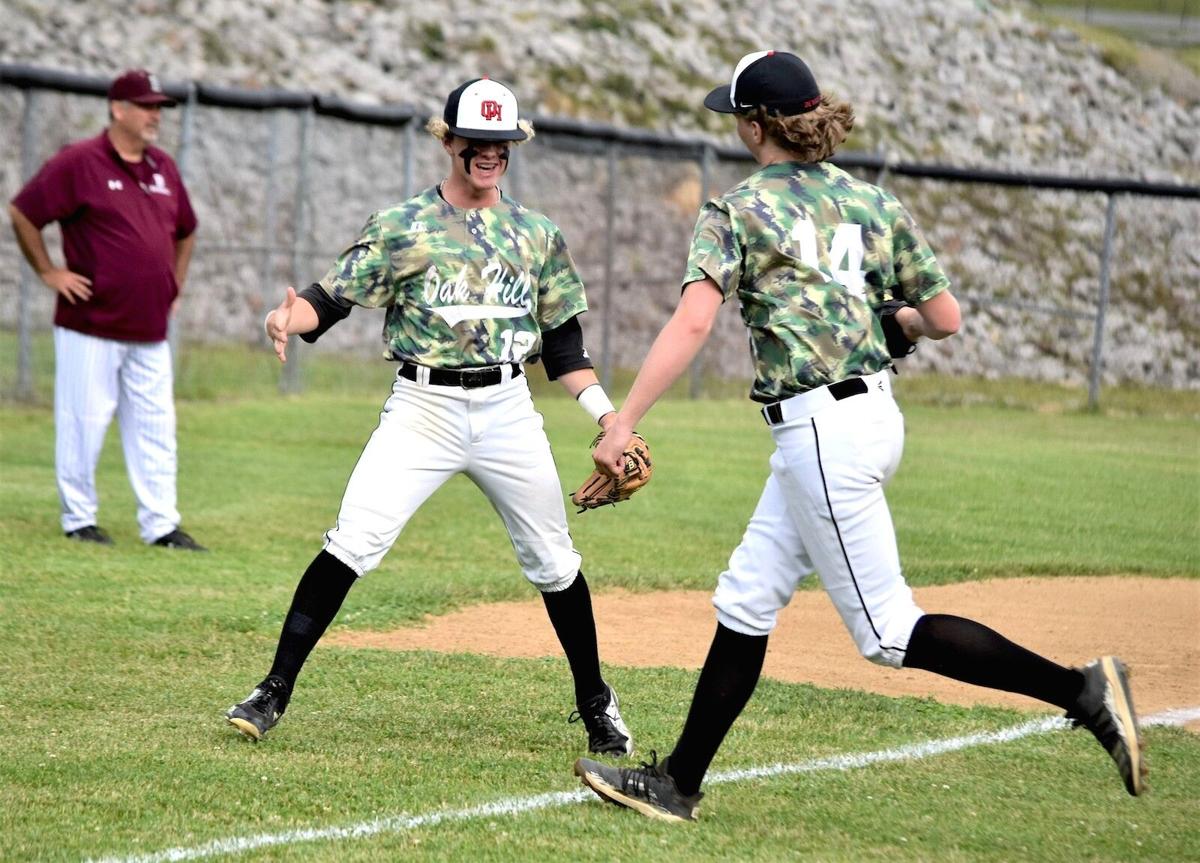 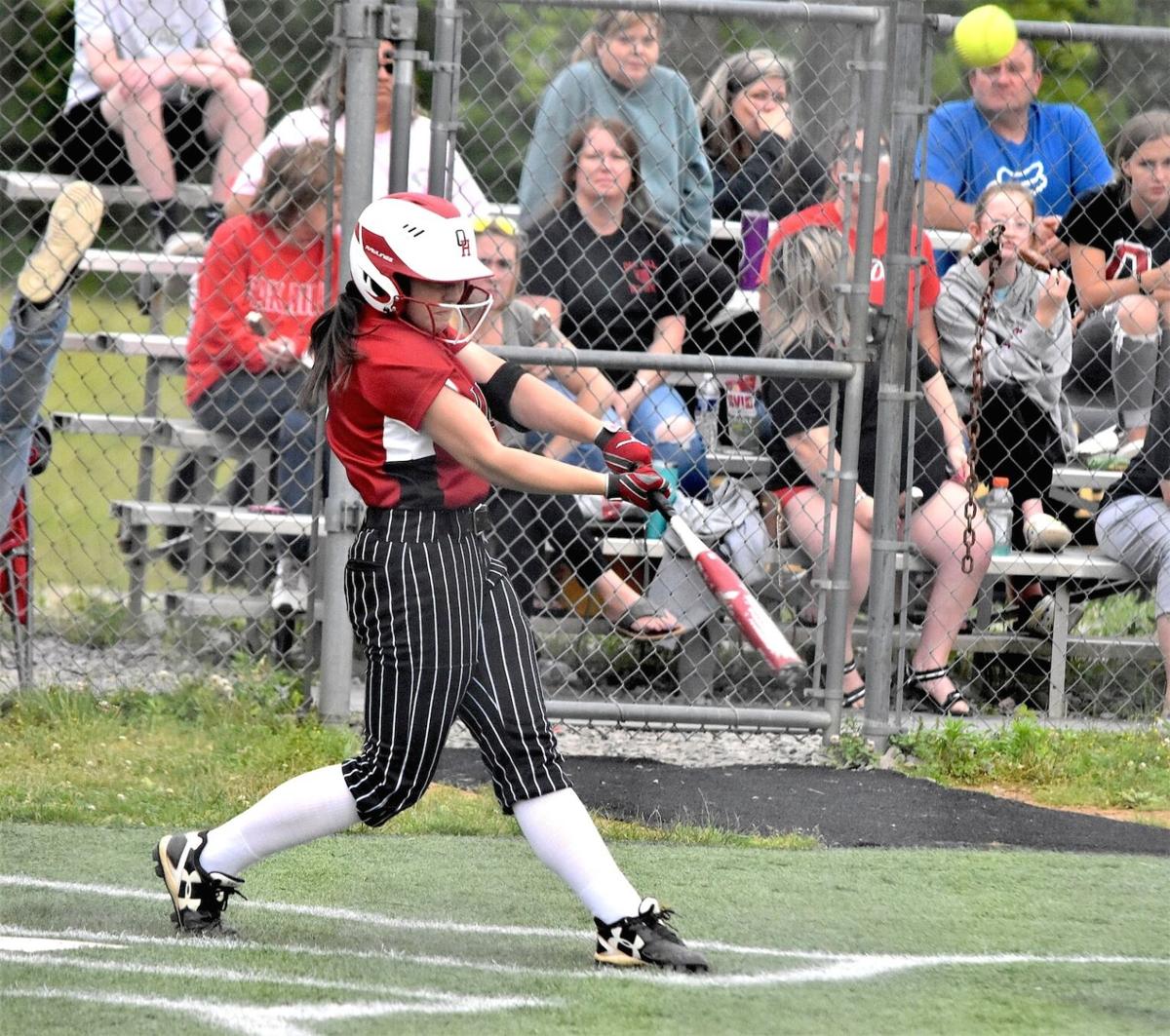 Kylie Pelkey connects on a triple for the Red Devil girls. 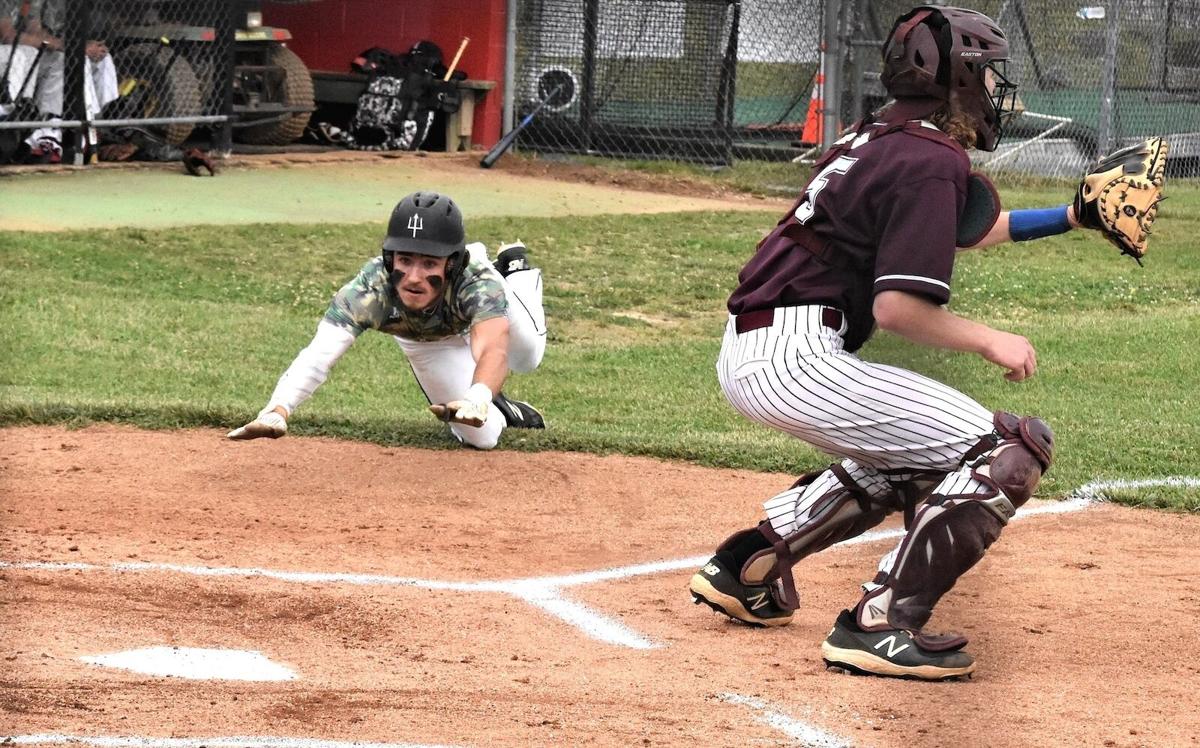 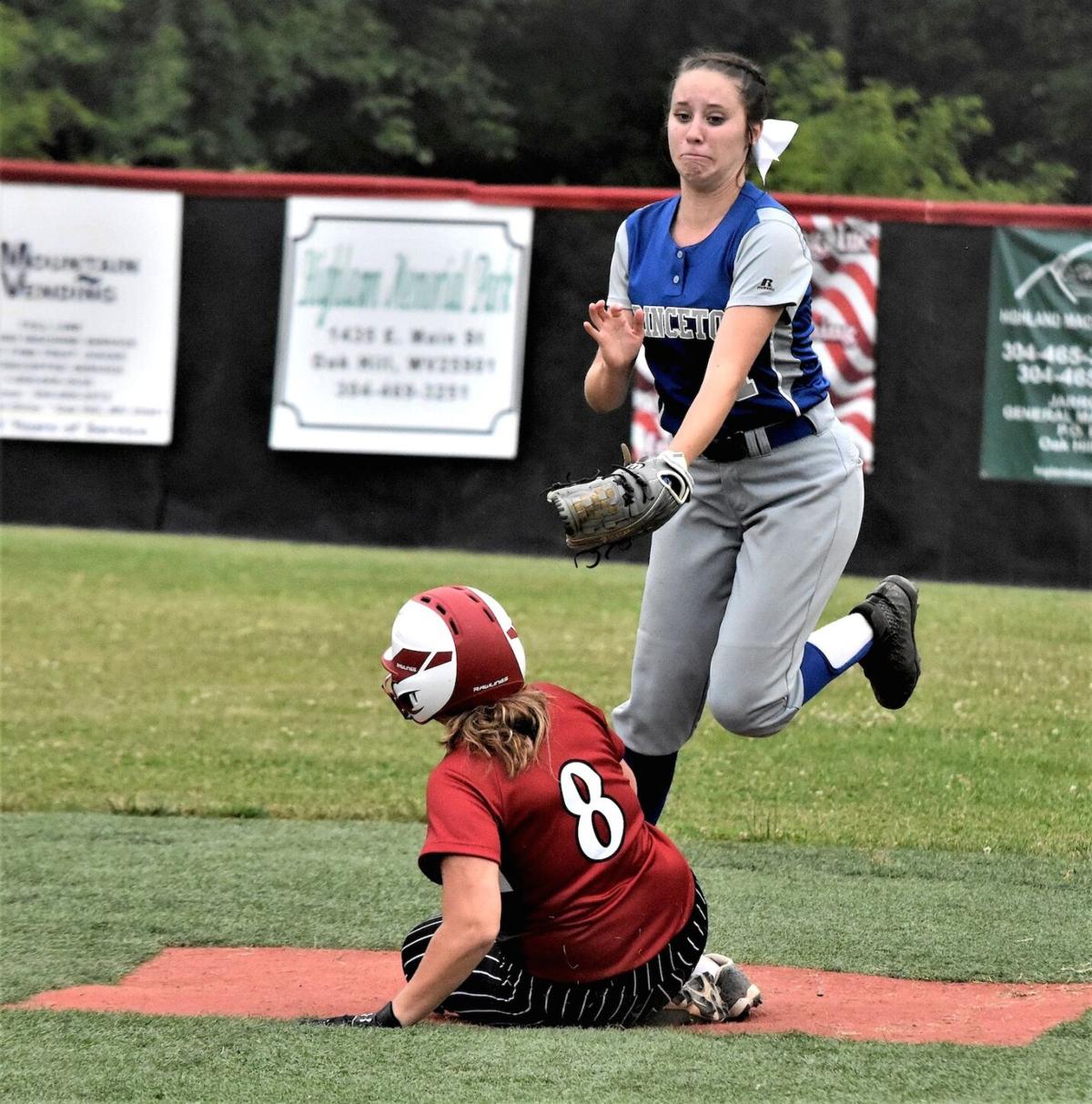 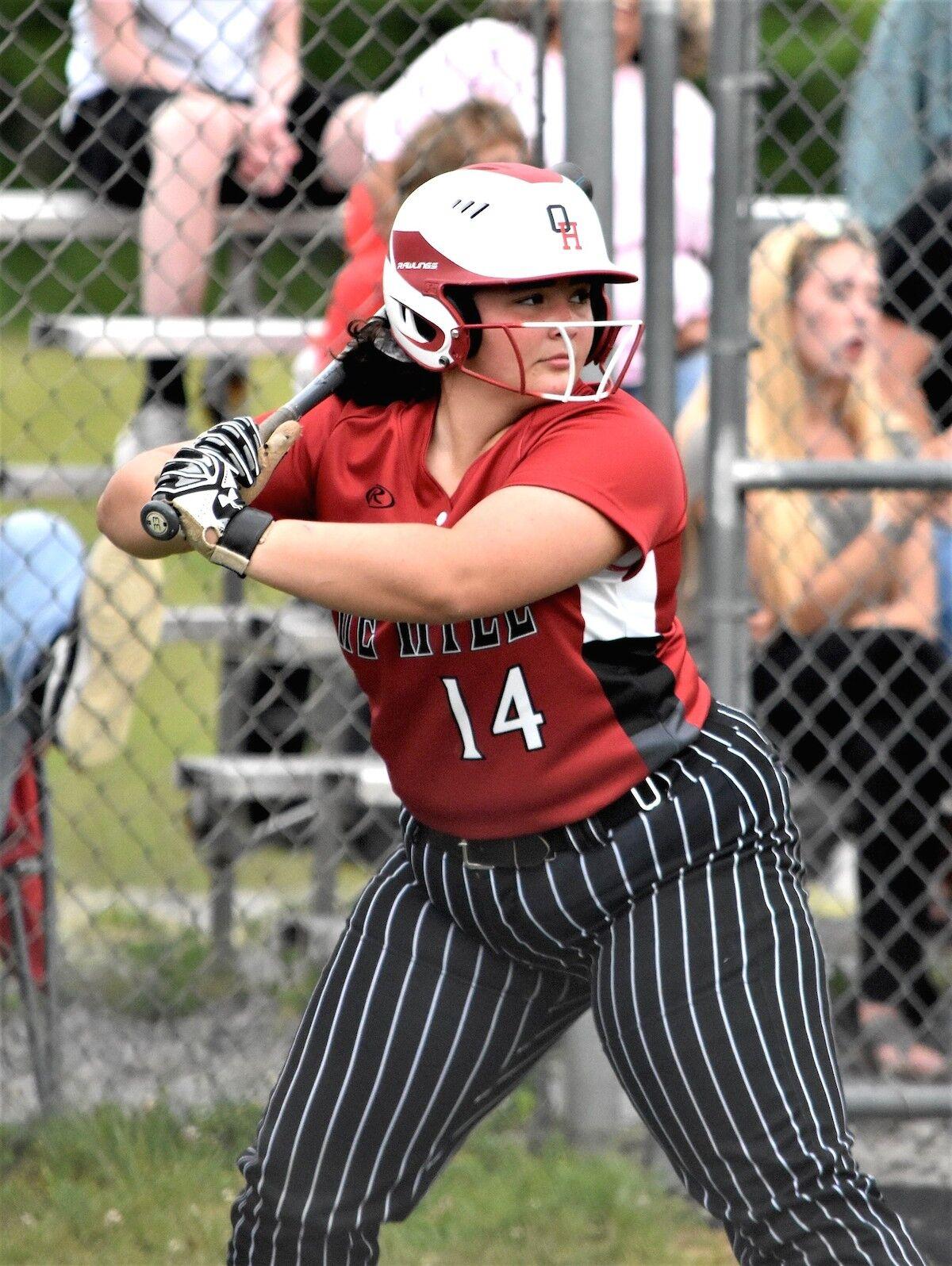 Nikki Holbrook was 4-for-4 and drove in seven runs to lift Oak Hill past Princeton. 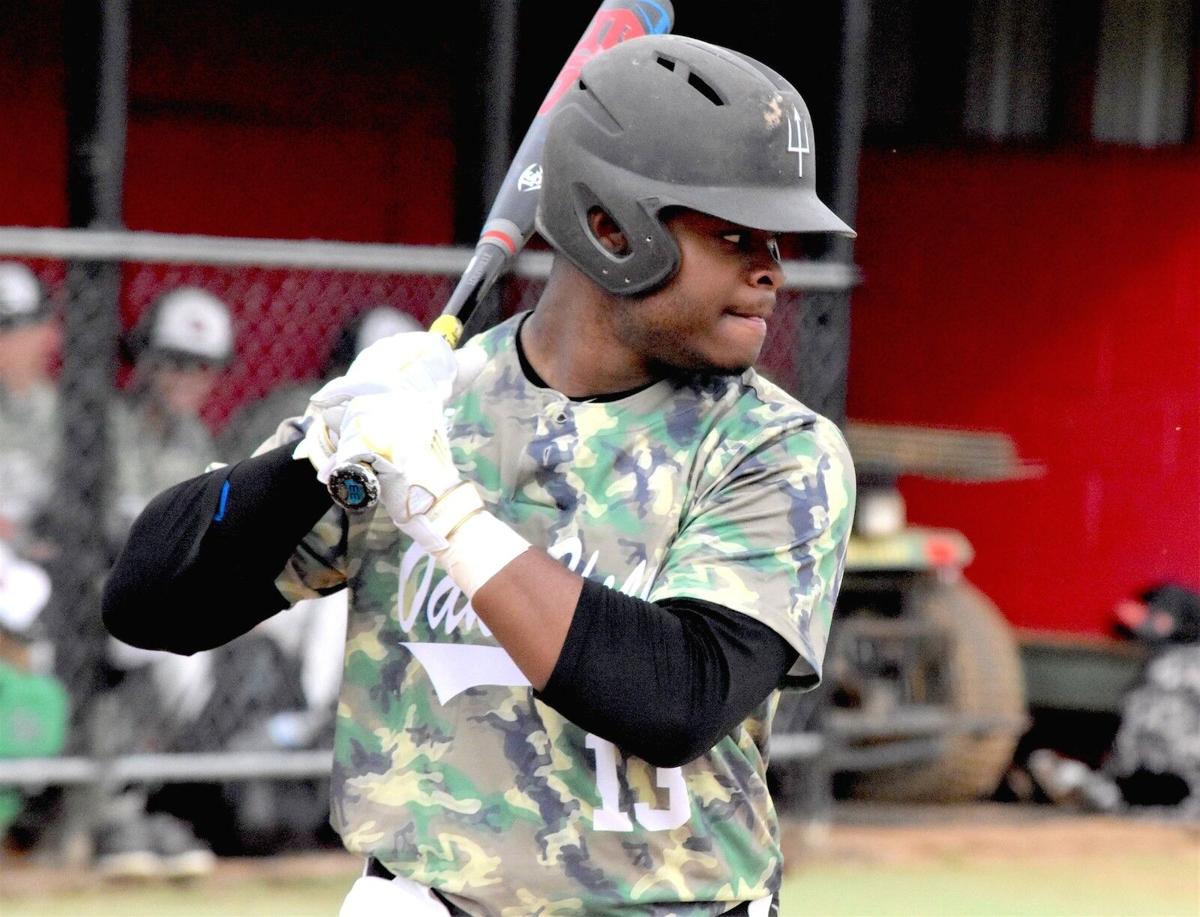 Oak Hill's Ty Nelson prepares for an incoming pitch. Nelson was 2-for-3 with three runs batted in as Oak Hill defeated Woodrow Wilson.

Brooke Spangler pitches to a Princeton batter in Oak Hill's 17-2 section softball win over the Tigers on Tuesday.

Kylie Pelkey connects on a triple for the Red Devil girls.

Nikki Holbrook was 4-for-4 and drove in seven runs to lift Oak Hill past Princeton.

Oak Hill's Ty Nelson prepares for an incoming pitch. Nelson was 2-for-3 with three runs batted in as Oak Hill defeated Woodrow Wilson.

Following is a review of postseason softball and baseball games from this week:

Host Midland Trail exploded for seven runs in the fourth inning Thursday to breeze past Richwood, 11-1, in five innings to advance to the championship round of the Class A Region 3, Section 2 softball tournament.

"They came out and did what we needed to do today and I am super proud of them," Midland Trail head coach Candace Young told The Register-Herald. "We have spent the last two or three days, when we have had some practice, just hitting. We have hit off the tee and off soft toss. The girls have zoned in and they saw the ball well today."

For the Patriots (17-4), Faith Bailes (two doubles) and Meghan Gill were both 2-for-3 with four RBIs. Jordian Stonestreet logged two RBIs, and Chezney Skaggs was 2-for-3.

Trinity Amick homered for the Lumberjacks.

Emmie Lopetrone struck out five and gave up two hits to secure the pitching win for the Patriots.

Midland Trail is in the driver's seat and will now wait for the remaining teams to complete their games. Early next week, the Patriots will be scheduled to face the eventual winner of contests involving Richwood, Greenbrier West and Charleston Catholic.

"We are definitely going to practice some," said Young. "The good news is the Women's College World Series is on, so we will go home and watch some softball.

"We may even get together and watch Saturday's games just to keep it in our head. I want them to stay focused on the big picture. We need five wins to go to states and we are down to three. We want to keep that mentality going."

Ava Mullins was 3-for-4 with two doubles for the Flying Eagles.

Spangler struck out 12, yielded 10 hits and gave up three earned runs to post the complete-game pitching win for Oak Hill.

Oak Hill plays at Greenbrier East at 6:30 p.m. Friday in the championship round. East defeated Oak Hill, 9-1, earlier in the tourney.

Oak Hill led 10-6 after two innings and held on for the win.

Zane Wolfe (double), Trenton Rider, Braxton Hall and Jayden McLain (double) produced two hits apiece for OHHS. Rider and Hall drove in two runs each, and McLain had one RBI. Ty Nelson and Eli Selvey each added a base hit.

Wolfe earned the pitching decision with relief help from Hall. Wolfe gave up seven hits and one earned run while fanning three in 6 2/3 innings.

Oak Hill will visit Greenbrier East today at 6:30 p.m. for the championship. If the Red Devils win, the teams will meet again Saturday at 6:30 p.m. in a winner-take-all game.

Greenbrier East scored three runs in the first and four in the second and cruised to a 7-2 victory over Oak Hill in the Class AAA Region 3, Section 2 baseball tournament.

Tanner Skidmore drove in three runs and Logan Carr had two RBIs. Caleb Thomas got the win, allowing three hits over six innings. He struck out 10 and walked four.

Midland Trail scored a run in the bottom of the seventh inning to edge Greenbrier West, 8-7, in the Class A Region 3, Section 2 baseball tournament game on June 2.

Cy Persinger pitched the seventh for Trail and got the win. He struck out two and did not allow a hit in a scoreless inning. He also had a home run during a 2-for-3 night.

Bo Persinger supplied three hits, including a pair of doubles, and drove in two runs for the Patriots. Cade Kincaid also knocked in a pair of runs, and Larry Bigham smacked a double. Seth Ewing, Indy Eades (RBI) and Chris Vines each had a base hit, and Griffin Boggs drove in a run.

Cole McClung, Matthew Mills and Colton Hamrick each had a pair of RBIs for the Cavaliers. Josh Jones was 3-for-3.

Midland Trail played at Charleston Catholic in the winners bracket on Thursday, but that game was halted due to weather and will resume on Friday.

Jacob Ward drove in a pair of runs for the Red Devils. Bradley Lokant tossed a complete game to get the win, scattering seven hits while striking out three and walking one.

No. 2 Oak Hill broke out the bats Tuesday and claimed a 17-2 triumph over No. 3 Princeton in a Class AAA Region 3, Section 2 first-round softball game.

Abigail Jenkins belted a homer and drove in two runs for Princeton, and Kailey Sarver went 2-for-3.