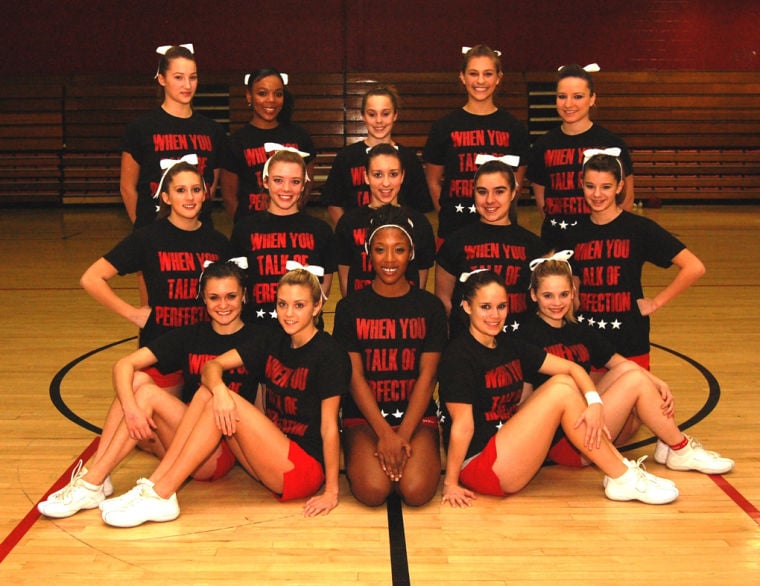 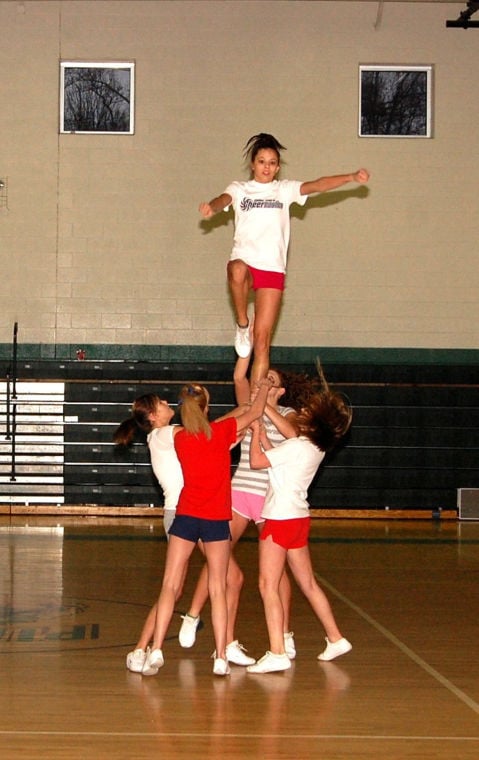 A Fayetteville High cheerleader balances as the squad's members practice for the state tournament. 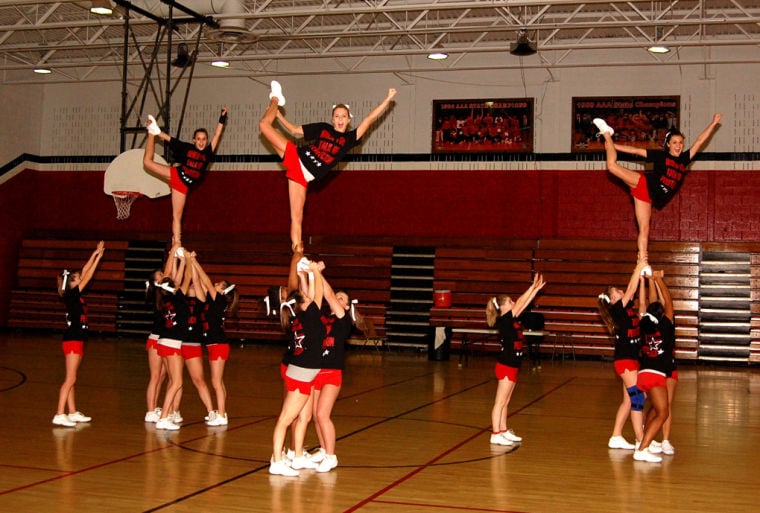 The Red Devil cheerleaders perform a routine in practice earlier this week. 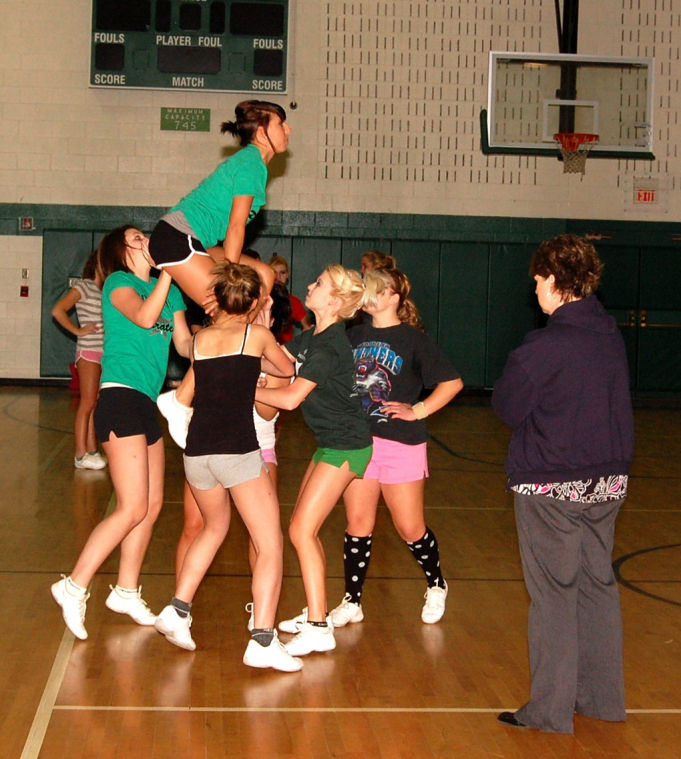 A Fayetteville High cheerleader balances as the squad's members practice for the state tournament.

The Red Devil cheerleaders perform a routine in practice earlier this week.

It’s December, so that means the Oak Hill High School girls will be competing in the state cheerleading tournament. The Red Devils, who won the Region 3 championship in early November, will be taking part in the state event for the ninth straight year. Desiree Hughes, a four-year member of the Red Devil cheering squad, says the goal is simple. “Our goal will be like always — to be the best we can be,” she said Tuesday. “This year we set out to win states. “We’ve worked together better as a team this year.” Hughes, the lone senior and the team captain, remembers fourth-place finishes for the Devils last year and in her freshman year. “We just have to show confidence,” she stressed. “We performed our routine, which is pretty hard, the best we ever have as a team at regionals. “We need to have fun and show we’re having fun. We just have to perform what we have.” “I am really pleased with this team,” said Oak Hill coach Angela Keffer. “They are extremely fun to work with and they are very talented. “I have very high hopes for this weekend; they deserve nothing but the title. We have worked through several major injuries, and illnesses, and they have come out stronger than ever.” Action begins at 10 a.m. this Saturday at the Charleston Civic Center Coliseum. Tickets cost $8 for adults and $7 for students. Defending champions from 2008 are Brooke (Class AAA), Liberty Harrison (Class AA) and Wheeling Central (Class A). Brooke won’t be back to defend, but the other two teams are in Saturday’s field. * * * In the Region 3 event, the OHHS girls scored 349.4 points to defeat runner-up Liberty (342.9) and the rest of the Class AA field to advance to the state championship. The Fayetteville girls also earned another region championship, winning the Class A competition with 309.4 points. “They worked really hard this year,” Keffer said of her squad following the region win. “They have been real positive and worked well as a team.” The Fayetteville girls received a blow this week when senior captain Chelsea Gometz suffered an injury which will keep her out of the event. Coach Michele Rutter and the girls were trying to rearrange their routine in practice Tuesday. * * * Oak Hill team members include: Seniors — Desiree Hughes; juniors — Amber Koch, Jessica Lambert, Chelsay Light, Megan Miller; sophomores — Marissa Harler, Mercedes Lawson, Maddie Wolfe; and freshmen — Kathleen Baker, Patti Cunningham, Amanda Duncan, Samantha Gregory, Darian Meador, Rebecca Nuckels, Tayler Tincher. Fayetteville team members include: Seniors — Chelsea Gometz, Bethanie Murphy; juniors — Sierra Halstenberg, Jade Hamilton, Caitlin Malay, Courtney Parrish, Corie Seay; sophomores — Cassie Ball, Alyssa Hill, Ashley Jeffries, Marissa Peak, Kaitlyn Pennington, Paige Rutter; and freshmen — Jada Gale, Jenna Gale, Ashlyn Hambrick. — E-mail: skeenan@register-herald.com