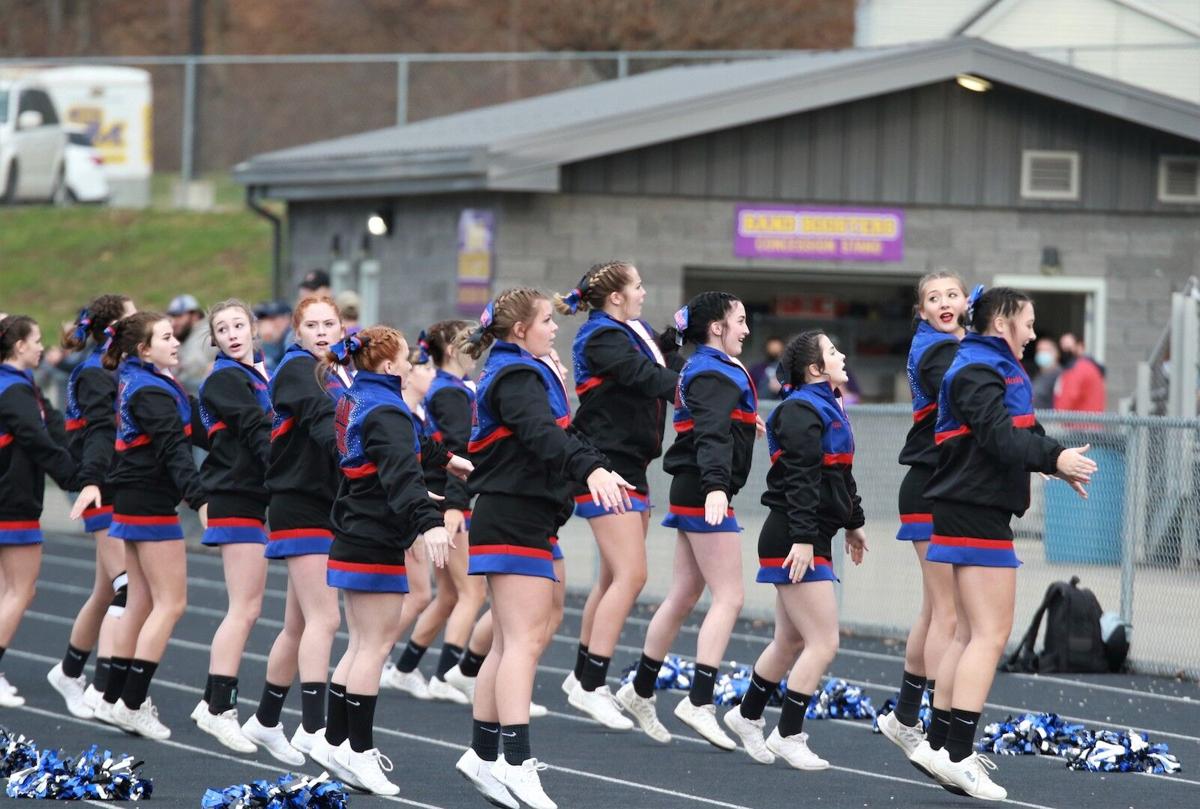 The Midland Trail Patriot cheerleaders, shown on the sidelines of a fall football game, are anxious to return to practice with their eyes on the tentative March 20 state cheer championship event in Huntington. 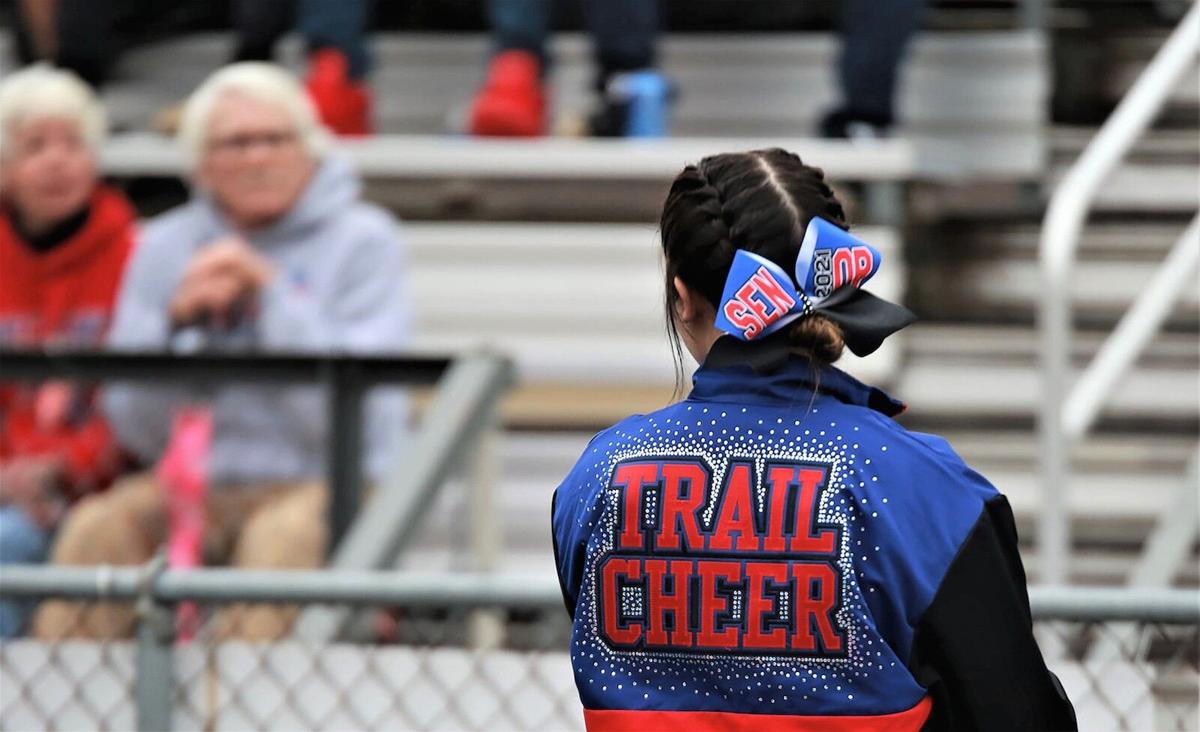 If they eventually get to compete in the state championships, the Patriots will look to improve on a state runner-up finish from 2019.

The Midland Trail Patriot cheerleaders, shown on the sidelines of a fall football game, are anxious to return to practice with their eyes on the tentative March 20 state cheer championship event in Huntington.

If they eventually get to compete in the state championships, the Patriots will look to improve on a state runner-up finish from 2019.

Last fall, high school cheer squads from around West Virginia competed in their region championships with an eye on qualifying for the state tournament.

The Covid-19 crisis has caused the wait for the chance to seek the ultimate spoils to be considerably longer than they expected. Teams are tentatively slated to compete on March 20 in their delayed state championship event at the Cam Henderson Center in Huntington.

Midland Trail High head cheer coach Stephanie Haynes, for one, admits the delay has been trying.

“Keeping in shape and remaining positive hasn’t been easy,” Haynes admitted recently. “Since we cannot get together and practice as a team, the girls made a commitment to each other that they would stay active and continue to do conditioning until we can practice again; however, with the holidays it has been difficult to stay on track.

“Once we do start back, we have our work cut out for us. I have a team who is passionate about cheerleading. Currently, they feel discouraged about states; however, I know as soon as we get the official word for practice and states, they will spring right back into what they love doing with the mindset of being state champions.”

Getting back together to resume practice will be a big boost, said Haynes.

“The last day we were able to practice as a team was Dec. 5,” she explained. “Nothing can replace a full team practice as far as getting ready for cheer competition; however, most of the girls go to gymnastics weekly and some even bi-weekly.

“The team also agreed to continue conditioning type training on their own.”

The Patriots were state runners-up to Tug Valley in Class A during the 2019-20 school year.

“We lost 10 seniors last year, so I knew coming into this year we would face challenges … and then with Covid, I had no idea the extent of challenges we would actually face,” Haynes said. “The ruling came early on that stunting was being removed for this year and I can see where that might be a huge challenge. However, for my team it has worked in our favor. I have amazing tumblers on the team, so for us that part of it wasn’t a huge problem. I look at this year as an opportunity to showcase the amazing tumbling skills that the team has worked toward for years and years.

“Last year, we were single-A state runner-up. I will admit, we were extremely happy and grateful with that title last year. We came into this season with a lot of unknowns and have just tried to make the best of every situation. I struggled in the beginning with the unknowns and then at one point told the team we just have to keep moving forward and not let anything stop us or get in our way. Any obstacles that we came across, we handled them and moved on with the end goal in mind.

“We have a goal this year to be the single-A state champions and we knew that is exactly what we are going after … we want to win it all. Currently, with the postponement of states, we know that we have a lot of work to do and a lot to catch back up on. We are a strong team and we know this is our year.”

In the November Region 3 tournament, Midland Trail won Class A with a score of 226, while runner-up Greenbrier West scored 199.5 to also earn a state berth.