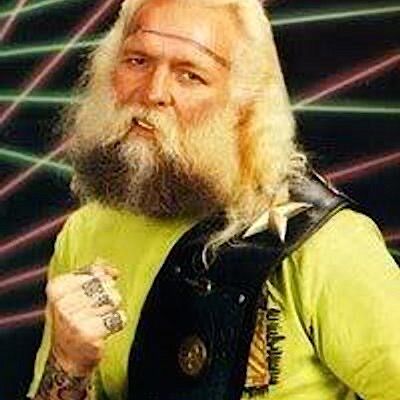 OAK HILL — The Boogie Woogie Man will be in the house at the Lilly Center in March.

According to promoter Chris Hughes, the show will feature a stop of the retirement tour for wrestling legend Jimmy “The Boogie Woogie Man” Valiant, as well as appearances from several other wrestling stars.

“He’s hanging it up at the end of the year,” Hughes said of Valiant. The event serves as a “celebration of his career.”

Valiant will team up with Manny Fernandez, aka “The Raging Bull,” in a co-main event against The Russian Assassins. Also as a main event, Shane Douglas and Mr. Hughes will square off against Ricky Morton, of the Rock ‘n Roll Express, and a mystery partner.

Also appearing on the evening will be The Sandman, The Blue Meanie and CW Anderson. And, the card will feature Jack Ramlethal, Johnny Youngblood, George Oiler, Thunderfoot, Crash Cassidy, Jeff James and Chris Cannon.

Ringside tickets will cost $15, with bleacher tickets going for $10 and tickets for children fourth-grade-and-under going for $5.

Tickets are available at the school, or by emailing cquesenberry@k12.wv.us. All questions should be directed to bandcwrestling@yahoo.com.