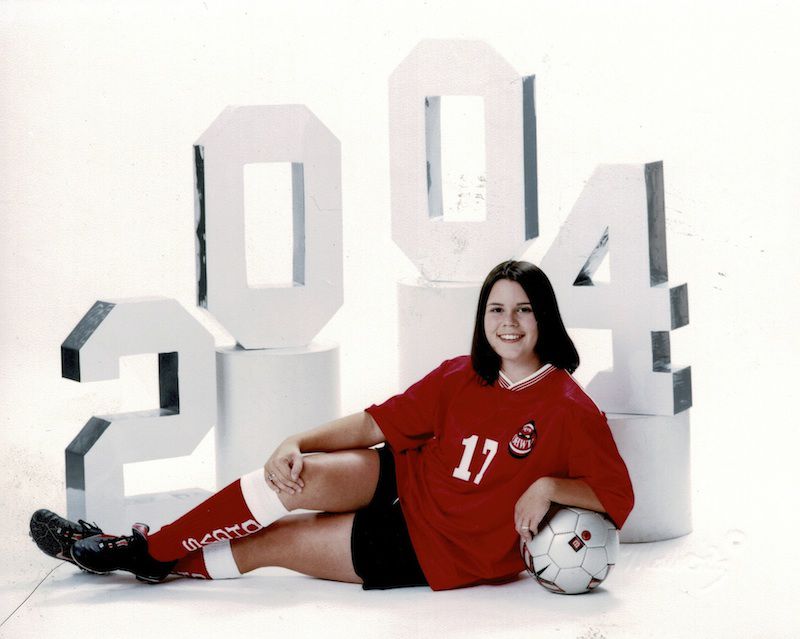 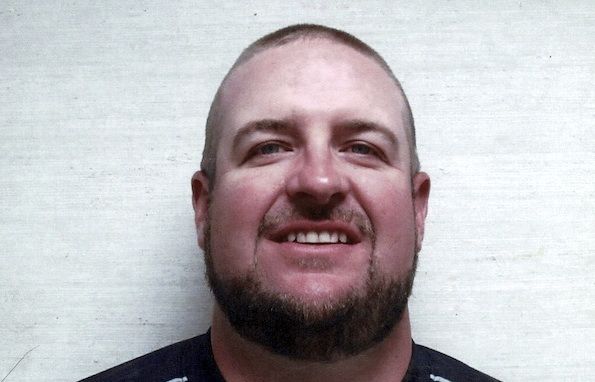 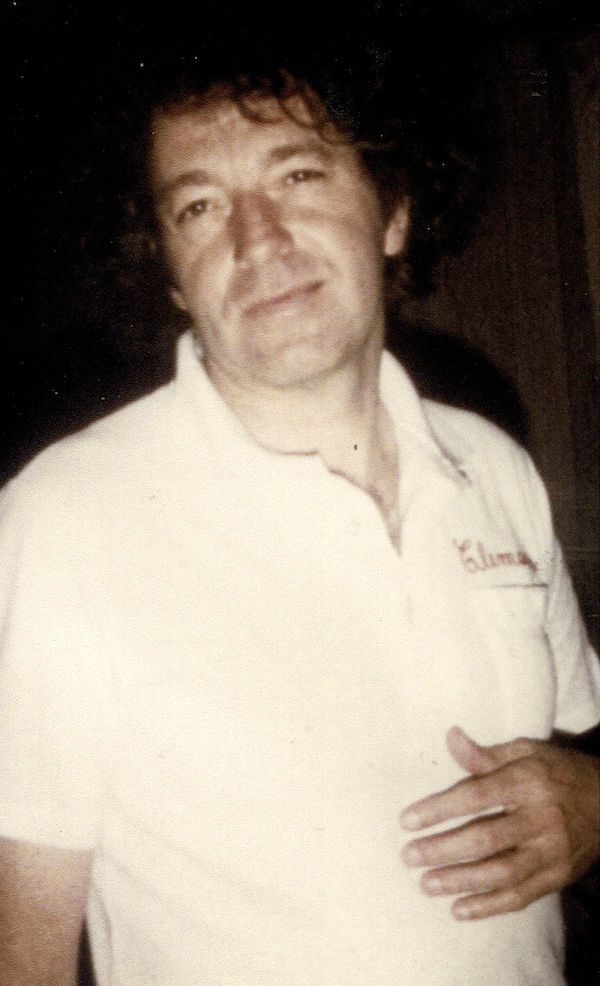 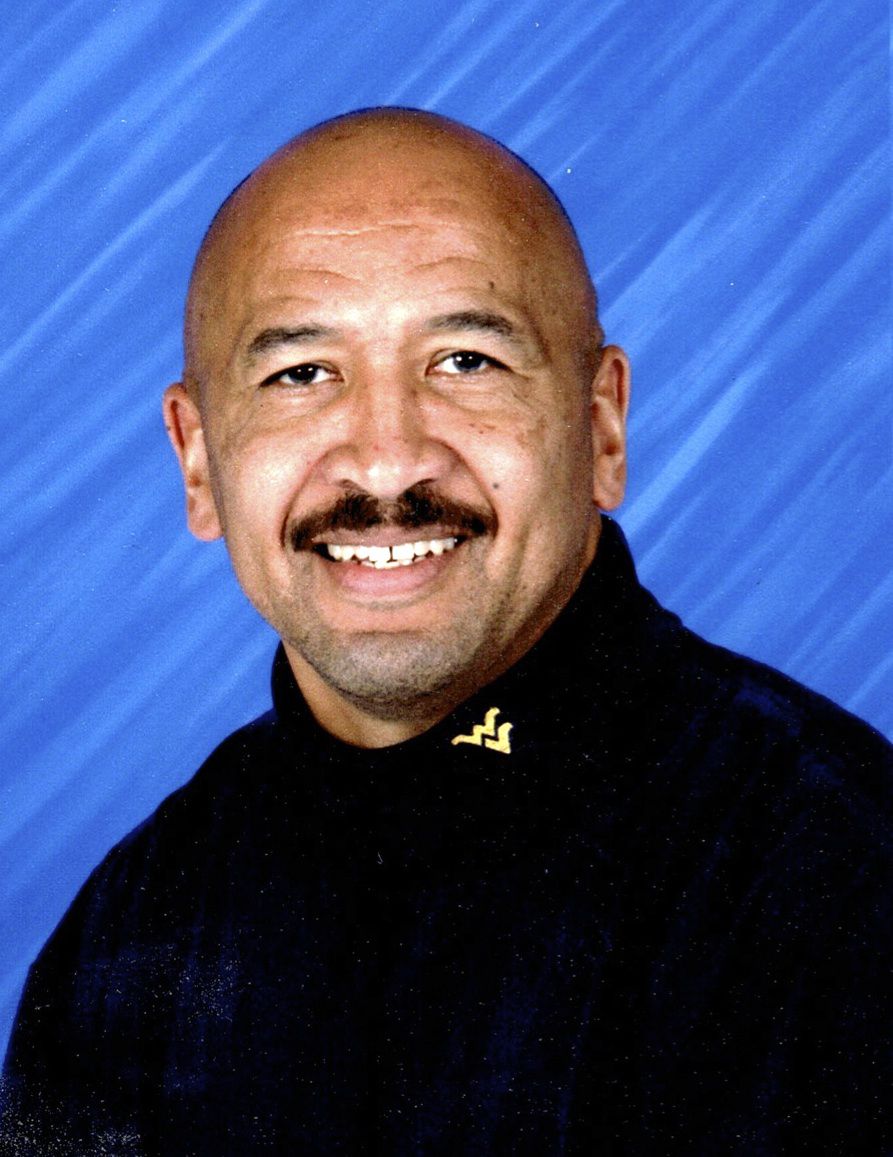 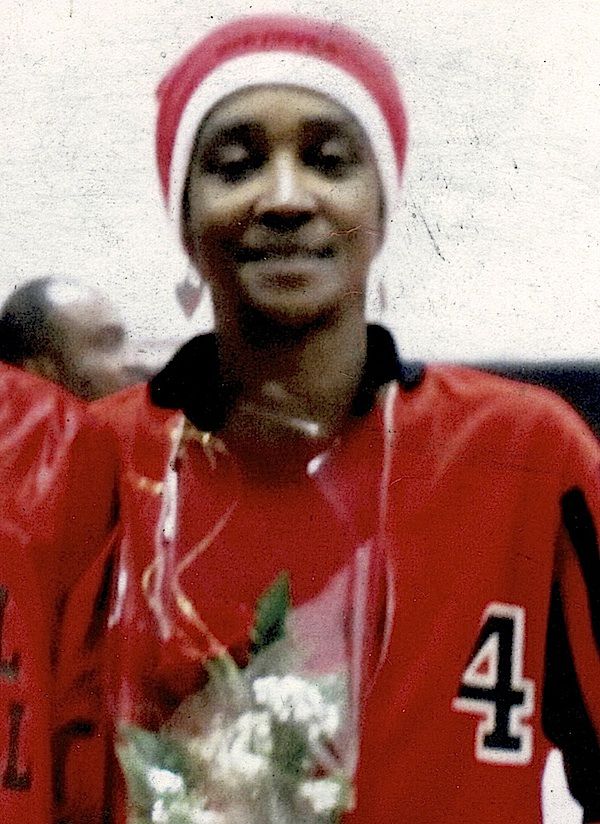 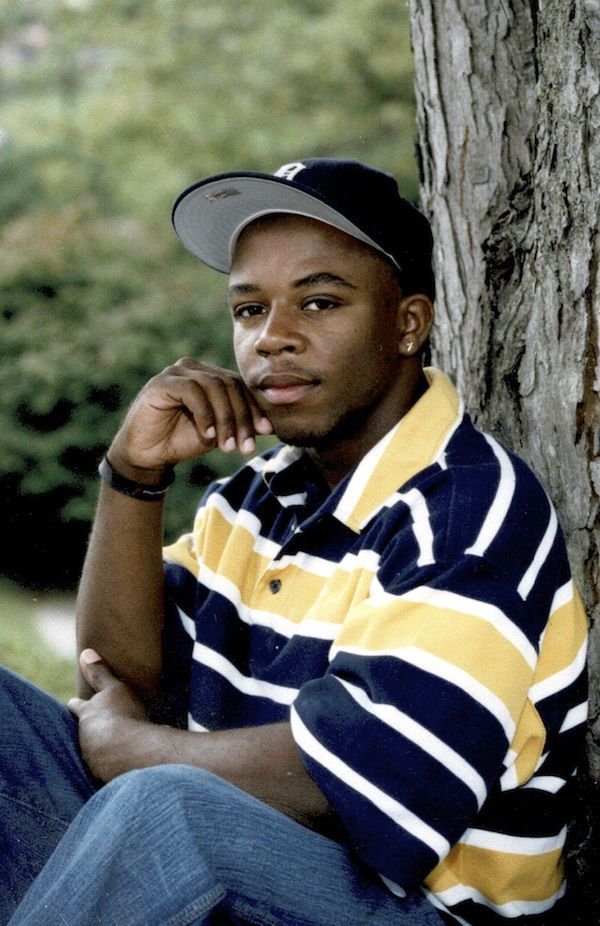 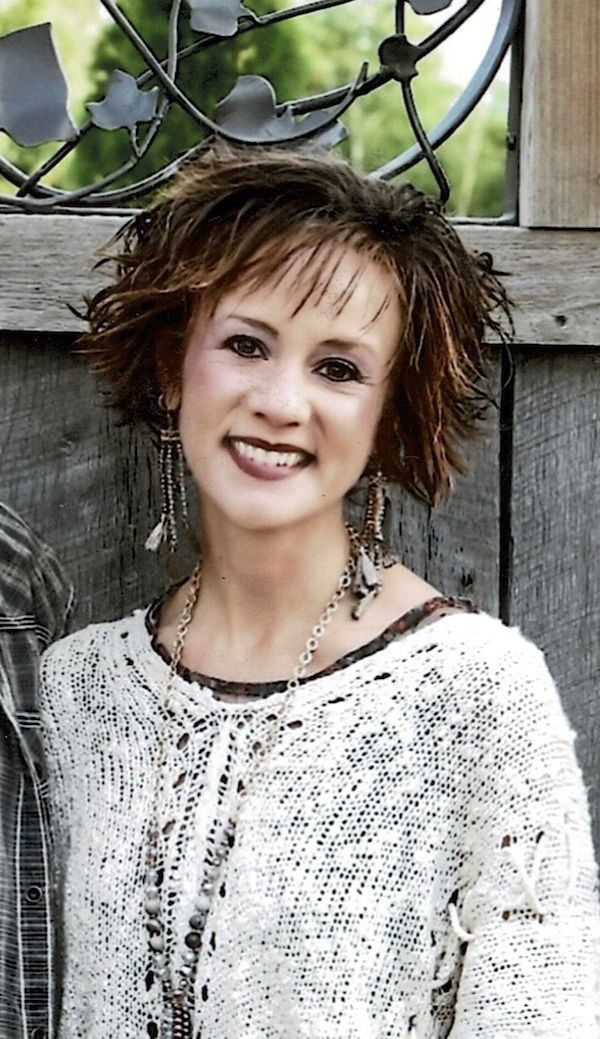 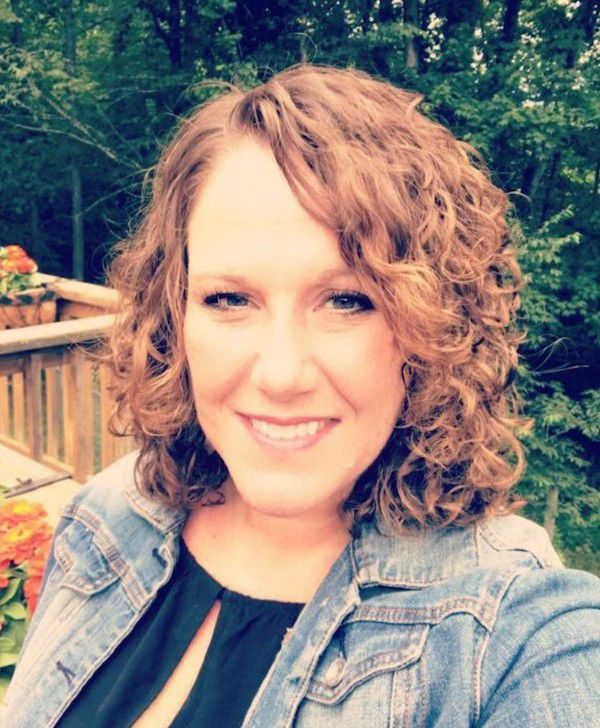 The new Hall of Fame members will be introduced Friday night during pregame of the Oak Hill-Wyoming East football game, which begins at 7 p.m. at John P. Duda Stadium. Then, on Saturday, Sept. 21, they will be the guests of honor at a banquet at the Holiday Lodge. Social hour is at noon, and the lunch follows at 1 p.m.

A few tickets remain. To check on availability, contact one of the HOF committee members.

HOF committee member Mike Fox will offer opening and closing remarks at the Saturday banquet, and Calloway will provide the invocation and introduce the guest speaker, Cornelius Jackson, a 2016 Red Devil Hall of Fame inductee and an assistant basketball coach at Marshall University.

Katie Hayes, the principal of Oak Hill High School, will introduce the inductees.

Following is a thumbnail sketch of each inductee, as provided by the HOF committee:

Carrie Beth Bowling was a 2004 honor graduate of OHHS. During her high school years, she participated in soccer and tennis, and served as the manager of the girls basketball team. She was a first-team All-State selection in soccer her senior year. She attended WVU Institute of Technology on a soccer scholarship, as well as a Promise Scholarship and Leadership Fayette County Scholarship.

An athlete from a young age, Carrie would cheer on the sidelines with her sister at midget league football games, and followed in her brother's and sister’s footsteps playing soccer. She played on her first soccer team at age four and continued playing on recreational, travel, high school and college teams. She always put her all into everything that she did.

Carrie was a true friend to those who knew her. Her light in this world is truly missed every day.

He attended college at both WVU Tech and Concord University, and played baseball during his college years. He graduated in 2012 with a degree in education. He is a teacher at OHHS, and has coached several sports at OHHS and at Fayetteville, the latter where he served as head coach with back-to-back state basketball tournament appearances for the first time in school history and during which one team went 24-0 heading into the state tournament.

Matt is married to Rebekah Boyd, and has two children, Kennedy and Tucker. The family resides in Mount Hope.

One of the people responsible for training young athletes that would attend Collins and Oak Hill high schools is Coach William Lawton Bragg. Coach Bragg served as a football, basketball and track coach at Collins Middle School for 30 years. As a coach at Collins, his teams won numerous championships. He also led the Joe Aiello Basketball program for two years, and prior to leading the organization, coached three teams.

Bragg is a 1960 graduate of Collins High School, where he participated in football, basketball and track. He attended West Virginia Tech and graduated in 1965 with a bachelor’s degree in education.

Coach Sam Calloway, or Mr. C, as most people in Oak Hill know him, has been involved in Oak Hill athletics for many years. As a student at Collins High School, he participated in basketball and track and field for four years and cross-country for one year. He medaled at the state track meet in 1976 on the shuttle hurdle relay and was on the second team in school history to go to the state basketball tournament. Following graduation in 1976, Calloway attended West Virginia Tech, where he was a three-year letterman as a hurdler and sprinter on the track and field team. He graduated from Tech in 1981 with teaching degrees in physical education and history.

Following college, he began teaching P.E. in Fayette County, and his coaching career began. Calloway coached the girls basketball team at OHHS for 13 years and the girls and boys track teams for 16 years, and he also served as an assistant boys basketball coach for many years. Among the track athletes coached by Calloway, there were 13 state champions and 34 state finalists, who all finished in the top six and scored points at the state track meet. He was named Coalfield Conference Coach of the Year in 1993, coached the Coalfield Conference female athlete of the year in 1993 (Angela Donnelly), coached the WV Track Athlete of the year in 1999 (Erin Compton, also in the Marshall University Hall of Fame in 2014), and the girls track team finished sixth in the state in Class AAA in 1995.

Calloway was a teacher and coach with the Fayette County Board of Education for 34 years, being named Fayette County Teacher of the Year in 1988 and the 1989 WV Elementary PE Teacher of the year. He currently teaches and coaches track and field at Mountain View Christian School, and has been involved in ministry at Spirit and Truth Ministries for 20 years. He has been married to Lana Calloway for 27 years. Calloway has one daughter, Leslie Maddox, and three grandchildren, Yasmin, Treyvon and Faith. He resides in Oak Hill.

Millie Laverne Gibson Lee was an exceptional track athlete at OHHS. She had numerous first- and second-place finishes in many short-distance races and participated in the WV State High School Track Meet all four years of high school. Millie was a state champion in the 200-meter dash.

She is a 1982 graduate of OHHS. Millie is a stay-at-home wife to Joseph W. Lee Sr, and mother to her 20-year-old son, William Joseph Lee Gibson, who also grew up participating in athletics. The Lee family resides in Oak Hill.

The only player considered for the Kennedy Award from Oak Hill is Marcus Grasty. Marcus had an amazing high school athletic career at OHHS and was named first-team All-State in football in 2003, was named Coalfield Conference Impact Player of the Year, and had numerous other accolades, including participating in the Wendy’s North-South All-Star Football Game. Marcus also participated in basketball and was on the 2002-03 state basketball runner-up team.

After graduating from OHHS in 2004, Marcus attended West Virginia State University, where he studied elementary education and business administration. He is currently employed in management at Arby’s.

Marcus’ pride and joy are his children, Amya Grasty, MaKynlee Lewis and Kendrick Grasty, and his biggest fan will always be his mother, Mickey Grasty. Marcus lives in Oak Hill.

As a high school athlete, Carolyn Beth Keeney Toney spent many hours on the field as a soccer player and on the sidelines as a cheerleader. Carolyn was a 1998 valedictorian of OHHS, where she was a second-team All-State selection in soccer, first- and second-team All-Coalfield Conference, and was selected to play in the 1998 WV North-South All-Star Soccer Game. She also served as an officer in several clubs during her time at OHHS and was nominated for Senior Class Beauty.