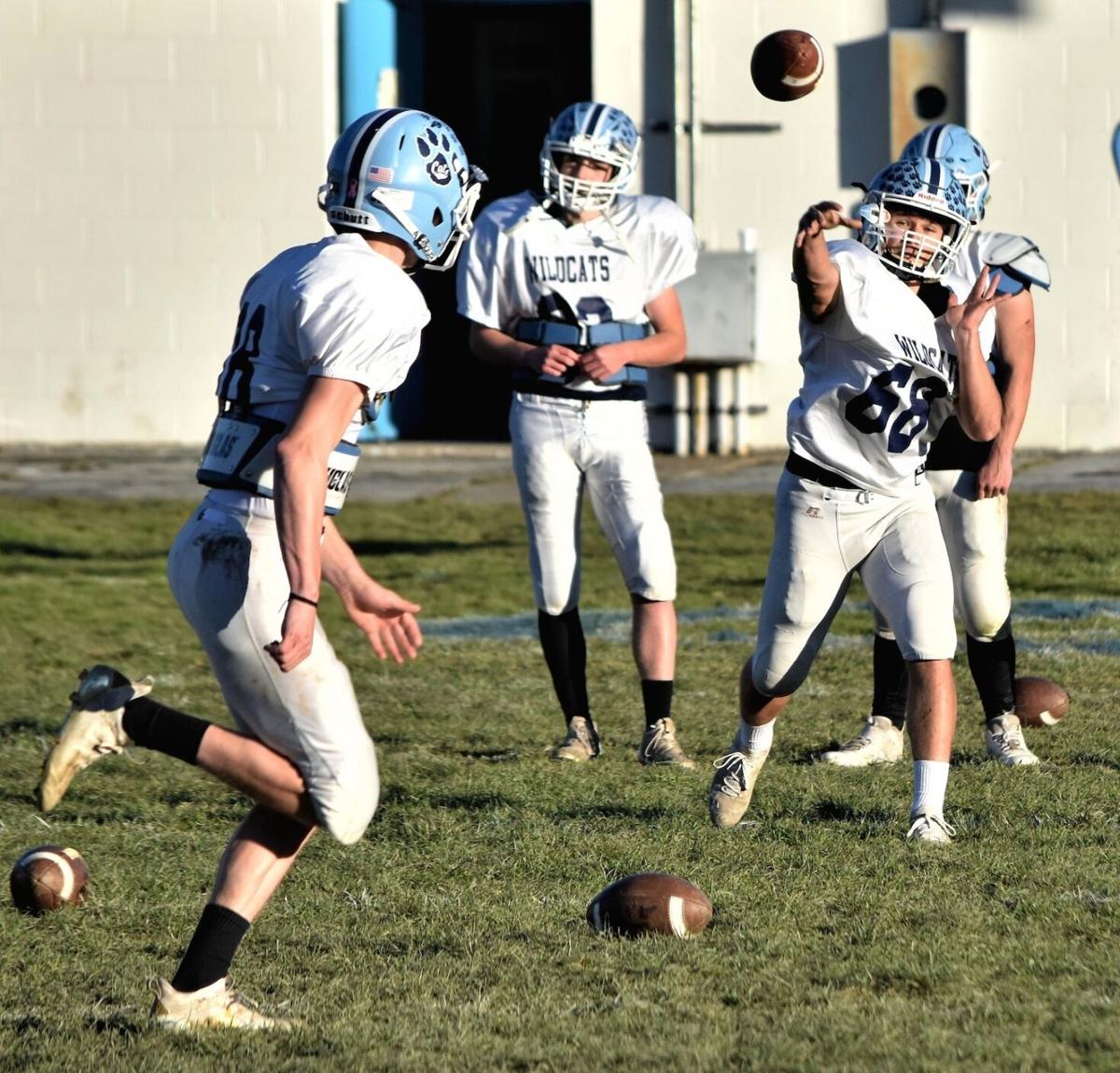 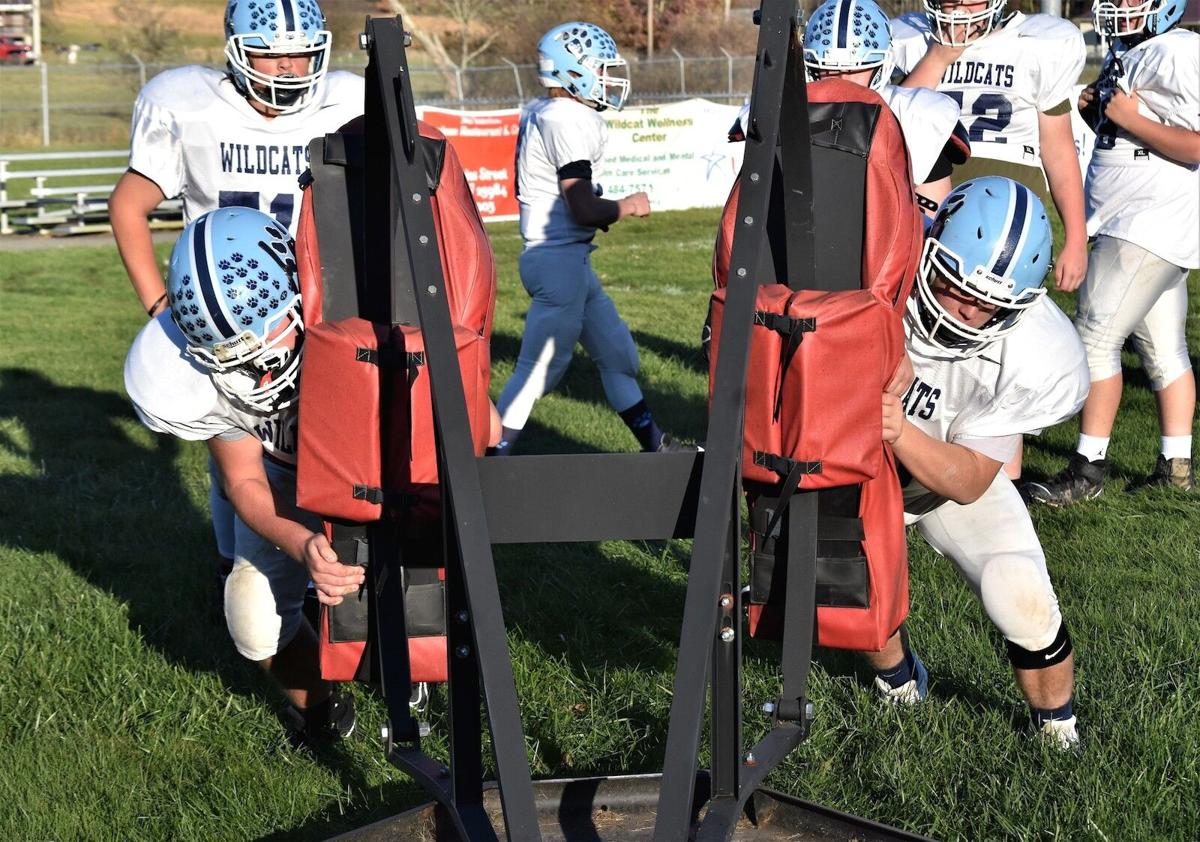 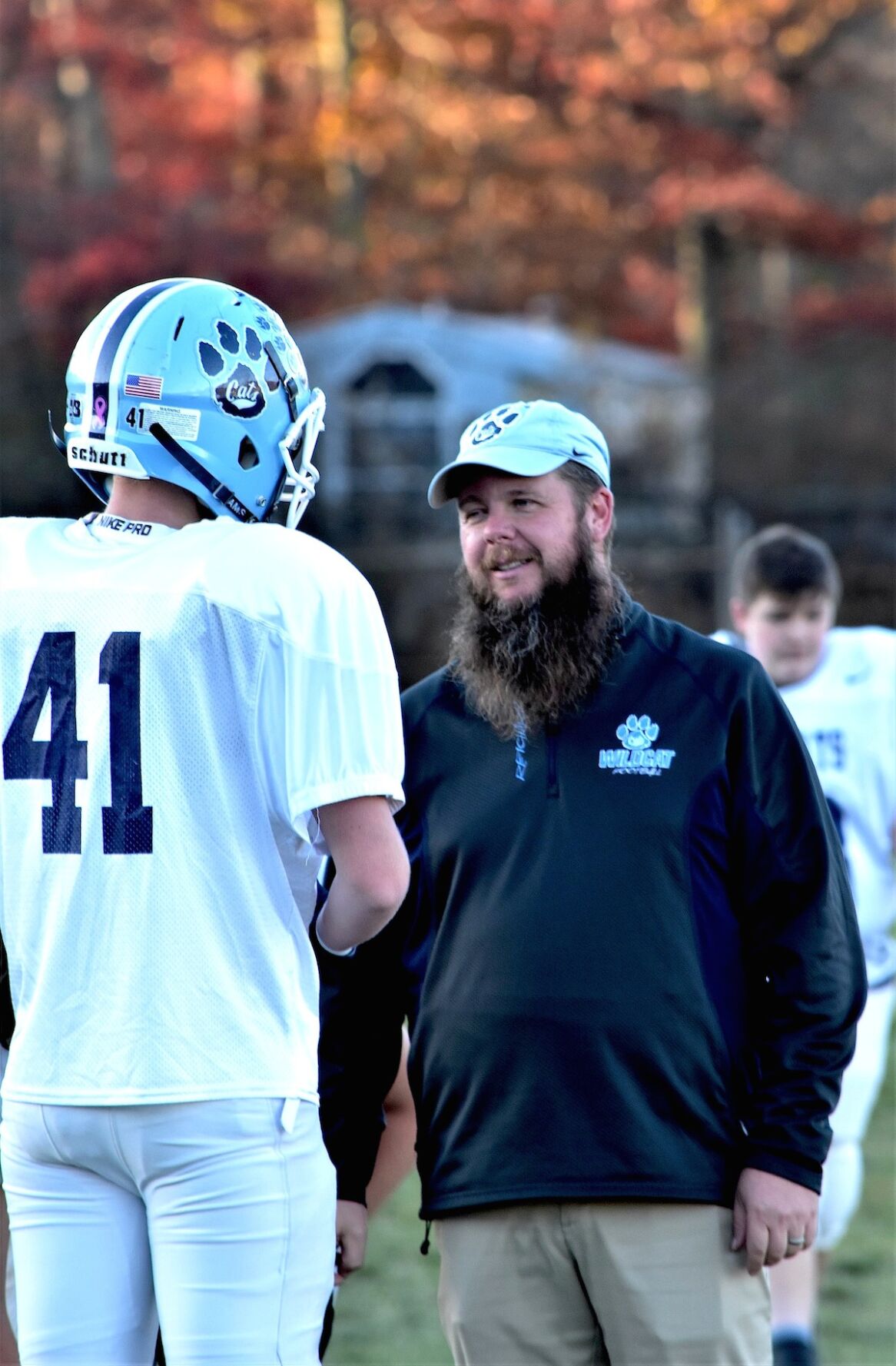 There is an extra buzz in the air in a small eastern Fayette County community this week, according to Meadow Bridge High head football coach Dwayne Reichard.

"We're excited to be in it," he said Monday as the Wildcats prepped for their first Class A football playoff game since 2015. "We're hoping we can prepare this week and come up with a game plan to be competitive when we get there. So far, we've been able to pretty much compete with everybody we've lined up against, other than the James Monroe game (50-12 loss) where we were missing kids due to Covid.

"A couple of those games got away from us in the second half, but we feel like if we can go together as a team and compete and stick together, we'll be competitive when it's all said and done."

"They look to be a big, physical football team," Reichard said of the Cougars. "They mix in their run game with the pass game fairly well.

"They've got a big, strong physical receiver (Dawson Price) that's going to go up and catch the football. They do things well on both sides of the ball.

"Defensively, they're very sound. It's going to be a tough matchup for us."

The Wildcats must continue to get a boost from an improving ground attack to taste success in the postseason, said Reichard.

"I think the biggest key for us is to be able to control the football," he said. "We've been able to run the football a little better the last couple of weeks. This past week was the first week we've been over 100 yards rushing all season, and it's also the first time we ran the ball more than we threw it.

"We've found a little bit of balance in our offense, and being able to run the ball will help you keep the other offense off the field and kind of control the time of possession and limit the number of times they can score." The Wildcats' goal is to "capitalize on the alignment, find where open grass is and get the ball there."

"They come out a lot and want to pound the ball at you," he said in summarizing the Cougars. "They block well up front."

Reichard said the Wildcats settled into a better rhythm as the season progressed. "We had week one and Tuesday on week 2, the school gets shut down for a week because of Covid," he said. After that situation cleared, "We were able to finally get some continuity ... and finally continue to grow as a football team. It kind of showed down the stretch. We were able to win some tough ball games."

If he could have one do-over, it would be the contest with Richwood, which resulted in a 22-18 loss on Oct. 19 in a Covid makeup game. "We just didn't go with the intensity and preparation we needed there," said Reichard.

The excitement of being back in the playoffs after a five-year drought is big, said Reichard, who discussed getting numerous messages while at the playoff meeting Sunday in Parkersburg. "It's great to get those messages from your players and community members looking to make this an extra special moment for the kids. We're just glad to be where we're at and glad to be playing another week. We just want to keep the excitement up as much as we can and see if we can't get another week."

The first postseason appearance since 2015 bears significance to this year's Wildcat seniors, especially.

"It means a lot because we've never made it this far," said Ty Roles, a MBHS senior nose guard and offensive right guard. "It's just nice to finally get here."

"We just worked hard the past three years, honestly. At the beginning of the season, it wasn't looking too good, but we just seemed to rally because of all the failed years. We were 3-4 at one point and we fought to get here. Won three hard ball games in a row to get here."

About Meadow Bridge's last loss, the setback to Richwood, Roles said, "Nothing against them, but I think we were honestly the better team in that situation. We just dropped the ball. We only had one day of preparation. I think that loss made us, like, angry enough to want to fight to get to the playoffs after that. All of our guys have played better since that loss."

After falling to the Lumberjacks, Meadow Bridge closed out the regular season with wins over Montcalm (34-0), Sherman (22-14) and Gilmer County (24-14). The latter two squads have also advanced to the postseason.

Roles recalls playing East Hardy at Meadow Bridge during his sophomore year. The Cougars posted a 21-14 win over the Wildcats in a 2019 regular season game, and Covid-19 prevented a Meadow Bridge trip to Baker last year. "We played 'em two years ago," he said. "I don't know how different they are than what they were then. But I'm expecting another defensive football game, and whoever scores the most points is obviously going to come out on top. Depends on which offense plays better.

"I think all year long we struggled to run the ball. But the past two weeks we ran it best. If we can just do that and keep their offense off the field, and when their offense is on the field if we can just play defense like we have all year, I think we'll be fine. Our offense just has to help us out a little bit."

Devon Orndorff, East Hardy's fourth-year head coach, says his team has enjoyed a solid season. "We lost a lot of great seniors last year," he said Tuesday. "We knew we were replacing some key pieces, but we had confidence (in the replacements).

Orndorff says the Wildcats are a "quality team" that will be a challenging foe Saturday. "Meadow Bridge is a team that is throwing the ball more than expected. They have four guys that can catch and run with ball after, and the quarterback is pretty impressive.

"I expect us to have our hands full on Saturday."

The 2020 EH squad defeated Doddridge County 25-19 in the opening round of the playoffs, but the Covid map knocked them out the next week.

In the passing game, Dawson Price has 43 receptions for 1,009 yards and 12 six-pointers. Noah Lang has 526 receiving yards and seven scores.

For the Cougar defense, Miller has 93 tackles, three fumble recoveries and three interceptions.

• Meadow Bridge quarterback Dustin Adkins, a senior, has fashioned a solid campaign. In nine regular season contests, Adkins was 118-of-216 for 1,566 yards, 18 TDs and nine interceptions. He also rushed for 176 yards and three scores.

On the ground, Brown has rushed 70 times for 247 yards and four TDs, and Landon James has 78 carries for 181 yards and three six-pointers.

• Digital tickets for the football playoffs may be purchased by visiting https://gofan.co/app/school/WVSSAC.

East Hardy head coach and athletic director Devon Orndorff also stresses that tickets will be available at the gate for the East Hardy-Meadow Bridge contest.