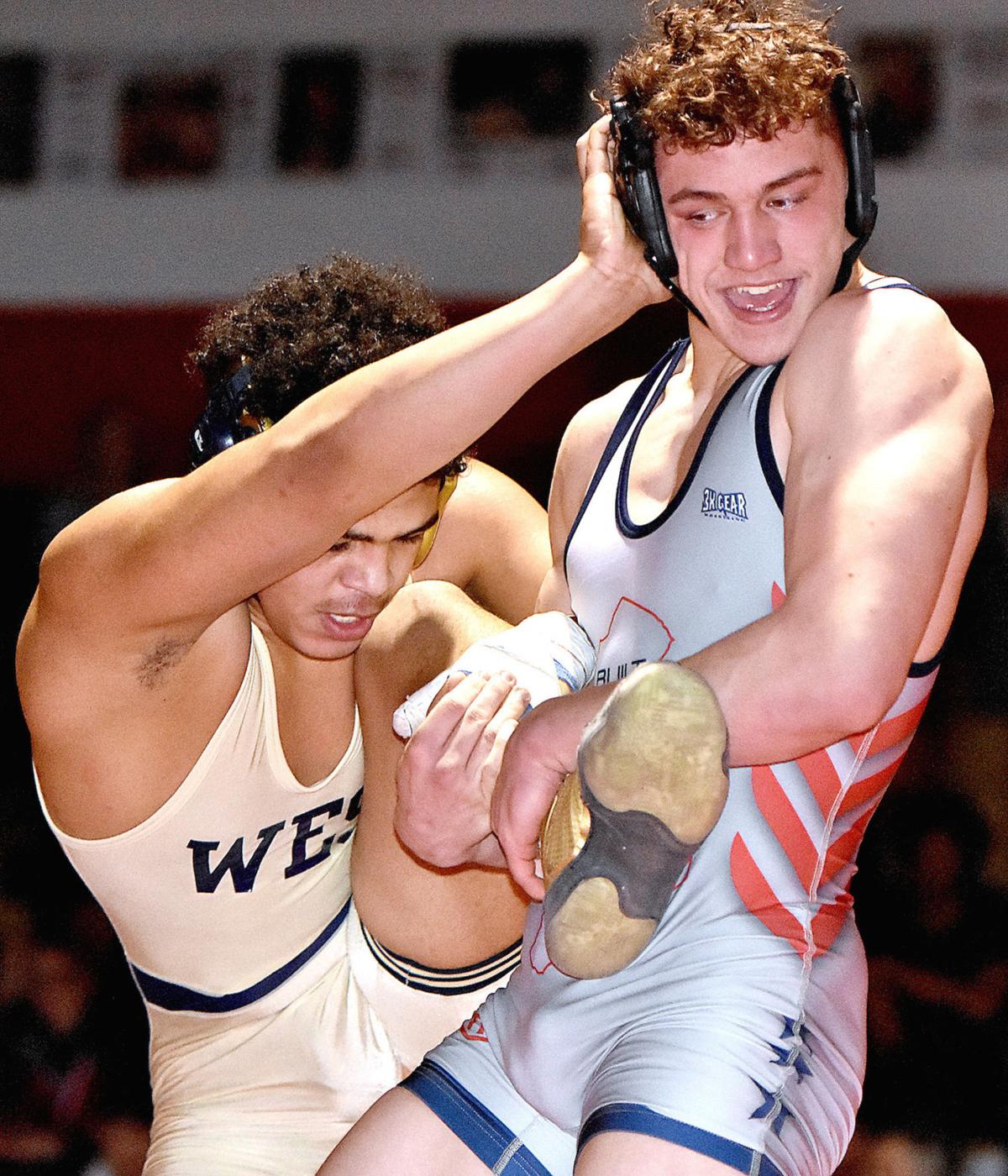 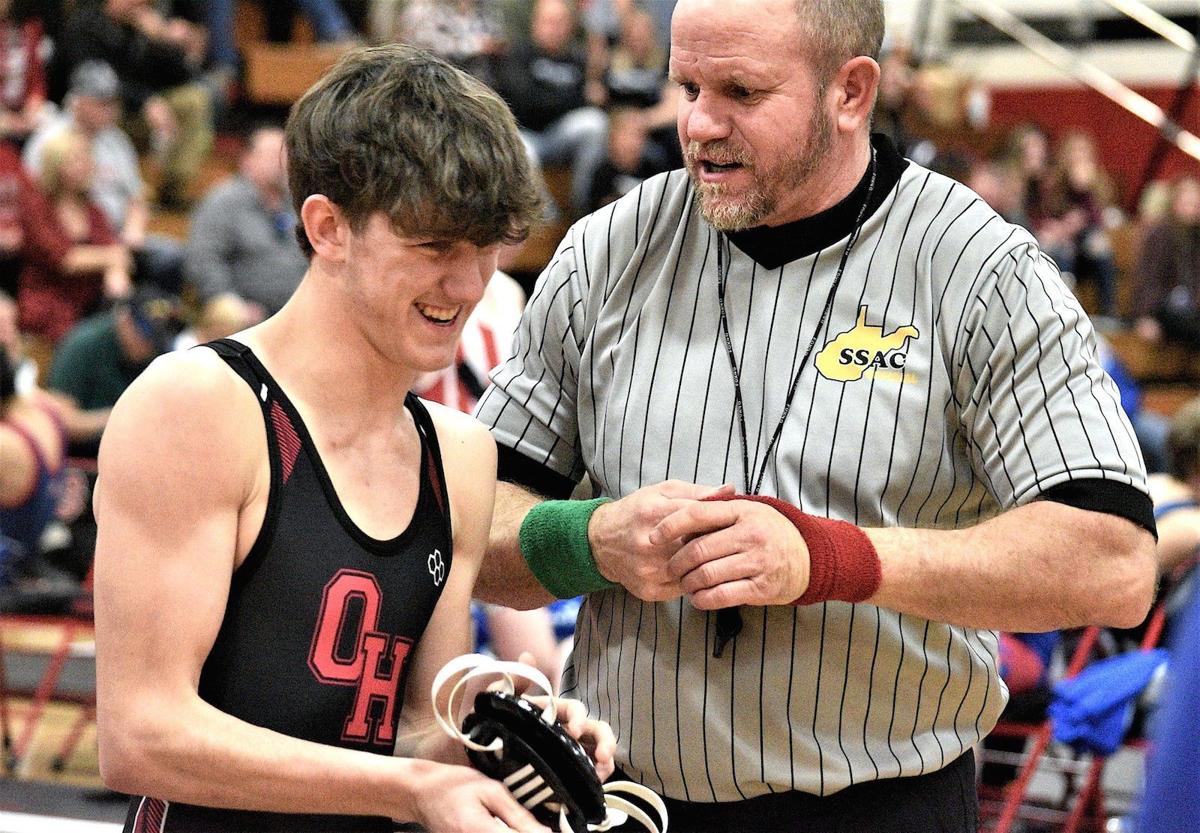 Yoder (35-2), who has wrestled for the Patriots for three years, was an alternate in the 170-pound classification at last year’s state tournament, but was never called into action. That means he will hit the mats as a state-level competitor for the first time Thursday when he meets Winfield freshman Logan Howell (18-13) in the first round.

He enters state competition on a roll, having won both the Coalfield Conference and Region 3 titles in the 182-pound weight class in recent weeks.

“I feel like I earned it (his success),” said Yoder, “although it definitely did surprise me.

Yoder credits his success this year to two things. “There are two big factors: 1) my coaches, and 2) lifting weights,” he said. “I’ve been living in the weight room ever since the beginning of my junior football season, at least five days a week.” Yoder, also a Patriot football standout, has competed in recent months in state powerlifting events, even setting a pair of state records in one event.

His ambitions this weekend are clear. “Obviously, my main goal would be to win it. If not, at least make it to the finals.”

Another Fayette County wrestler, Ashby West, the Oak Hill Red Devils’ senior 120-pound standout, is seeking to move one step up on the victory podium following a state runner-up finish at 120 last winter. In 2019, West was pinned by Point Pleasant’s Derek Raike in the championship match.

Of lessons learned from that match, he said, “I learned that I have to work harder ... and put it on the line. I spent all summer just wrestling, practicing.

“I felt good all year, and confident.”

West, who carries a 46-4 record into this weekend, admits he has some ground to make up after losing in the finals of both the Coalfield Conference and Region 3 meets to Independence’s Judah Price. Recovering from “a little bumpy ride with the flu,” he said losing in the region final made him realize he had “to tough it out.”

“Practice has been good,” West said earlier this week. “I get my head on straight and I’ll be good.

“I believe hard work beats talent, and I’ve been working my (butt) off,” he concluded. “I’m just trying to finish it up now.”

“We’ll really try to take it one match at a time,” said Oak Hill head coach Dave Vincent. “Each (of his wrestlers) will have one match Thursday night, and that’s our focal point first.

The season, said Vincent, featured “a lot of ups and downs, but one thing I’m excited about is that the kids progressed and got better each week. You have to peak at the right time, and that’s what we strive to do.”

The Red Devils will face stiff challenges this weekend, he said. “Our kids are going to have to wrestle. They’ll have to beat some good kids if they want to place at states. They will have to come ready and give it their all.”